Third major accident for Blackcomb Helicopters since 2018, according to Transport Canada
Feb 27, 2020 3:50 AM By: Brandon Barrett 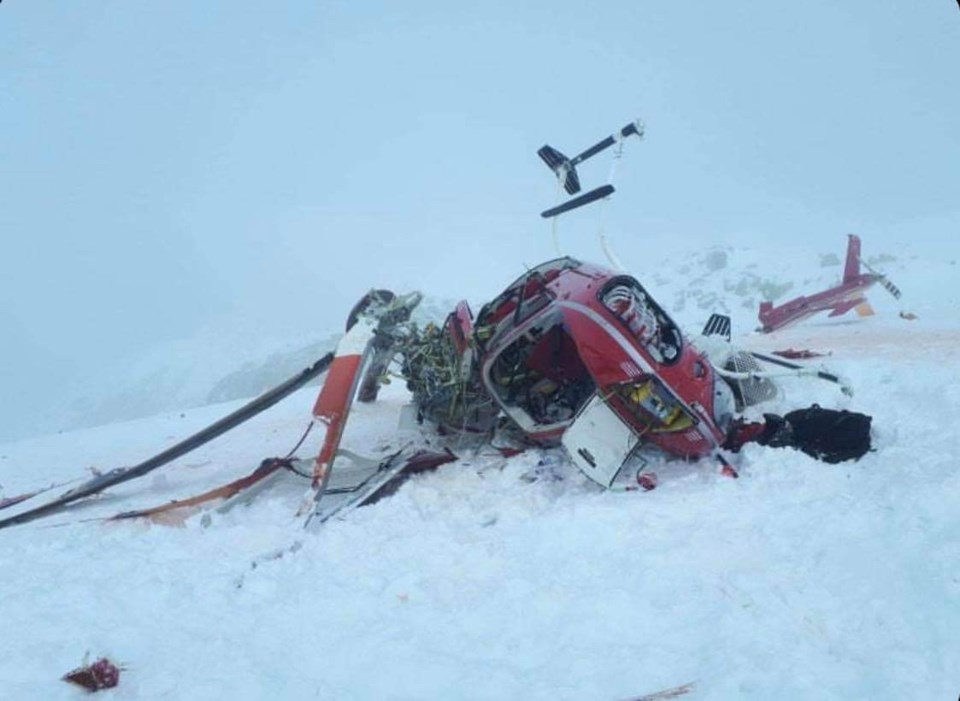 The aftermath of a Blackcomb Helicopters crash in the Callaghan on Monday, Feb. 24. Photo submitted

An earlier version of this story erroneously included information before we verified it with Transport Canada. We should not have published the unverified information and we apologize to Blackcomb Helicopters for having done so.

The pilot and passengers of a Blackcomb helicopter sustained minor injuries in a crash this week northwest of Brandywine Mountain, police confirmed in a release.

Whistler RCMP was notified Monday, Feb. 24 that a helicopter had crashed in the Callaghan Conservancy earlier in the day. At about 12:40 p.m., the Blackcomb Helicopters aircraft rolled over while landing in the backcountry. The pilot and five passengers were all able to exit the aircraft with no serious injuries reported, and "the well-being of all those involved is the priority," Blackcomb Helicopters said in a release.

The Bell 407 helicopter was severely damaged in the crash.

The crash marks the third accident for Blackcomb Helicopters dating back to 2018, according to Transport Canada.

Transport Canada noted the company was involved in six incidents in 2019, including the two other crashes.

Earlier this month, the company announced the hire of a new GM as it looks to expand its operations. It has also added three new Bell 212 helicopters to its fleet in the past two years.

This story has been updated to add comment from a Blackcomb Helicopters press release. Pique will update this story if more information becomes available.