Missing person was a runaway

A missing 17-year-old girl in Whistler Village was safely reunited with her parents on Sunday after disappearing Saturday afternoon. According to the RCMP they received a missing person report just after 6 p.m. on Saturday.
Sep 3, 2010 8:22 AM By: Pique Newsmagazine Staff 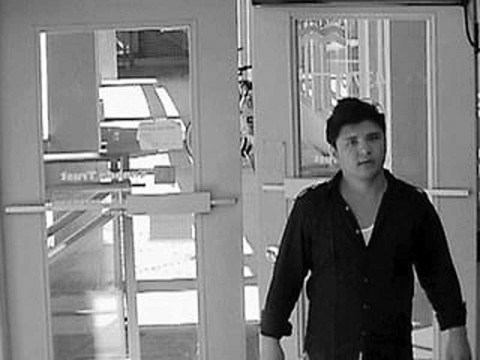 A missing 17-year-old girl in Whistler Village was safely reunited with her parents on Sunday after disappearing Saturday afternoon.

According to the RCMP they received a missing person report just after 6 p.m. on Saturday. Visitors in Whistler on a day trip from New Westminster said their oldest daughter disappeared after a bathroom break in the Hilton Hotel two hours earlier. She left the bathroom before her mother and younger sister, walked past her father and brother, and wasn't found until the next day.

Police on foot, on bikes and in vehicles joined the search through the night, and Search and Rescue were mobilized the next day. Posters went up in the village and a police dog team was called in from the Lower Mainland.

The search was called off at approximately 2:30 p.m. Sunday when the girl called her parents. She had spent the previous night in a wooded area at the base of Whistler Mountain. She had run away as a result of some family issues.

The RCMP were concerned as the girl is an epileptic and did not have her medication with her when she disappeared.

Investigators from the Whistler RCMP met with representatives from the Squamish detachment this week to determine whether the same suspect may be responsible for bank frauds in both communities.

The RCMP received a call on Tuesday regarding a case of bank fraud that was similar to a case already under investigation in Whistler. A young male opened accounts at local bank branches, deposited fake cheques and then withdrew money from bank machines before the cheques could be discovered. Roughly $30,000 was taken.

The RCMP have video footage of the suspect and the investigation is continuing.

A motivated car thief sidled up to a Bullmastiff in what appears to be an attempt to steal a pickup truck from Lot 5 on Aug. 28. He was thwarted when the vehicle's owner returned from the Whistler Mountain Bike Park.

At roughly 4:30 p.m. the man returned to his vehicle and found another man in the driver's seat and holding a screwdriver. He had gained entry through a window that was kept open for the dog.

A confrontation ensued, where the suspected thief threatened the vehicle's owner with what appeared to be bear spray. He then fled on foot. The truck's owner contacted the RCMP who sent patrols to the day lots, but after a long search they could not locate the suspect.

The man is described as five-foot-10 with a medium build, tan hat, dark green shirt and tan pants. He had light facial hair that was reddish in colour and was likely in his mid-30s.

When the male fled the truck he also left behind some small bags containing what appeared to be drugs on the seat. The RCMP are having the substances tested, and are continuing to investigate.

The dog was not injured and did not escape during the theft or the confrontation. Despite its size it has an easy temperament and didn't challenge the thief.

RCMP out for start of school

Every year at the start of a new school year the RCMP clamp down on motor vehicle offences, and this year is no exception for Whistler, Squamish and Pemberton. The Whistler detachment's traffic services officer will be out starting Tuesday, Sept. 7, as will other members of the detachment and members of Sea to Sky Traffic Services.

According to Staff Sergeant Steve LeClair, the police are there "to set the tone, and make people aware of school buses and the issue of speeding in school zones."

When a school bus is stopped and lights are flashing no passing is allowed. Failing to stop for a school bus will result in a fine of $167.

Drivers should also be aware that RCMP will be looking for people not wearing seatbelts, talking on cell phones, not coming to a full stop at stop signs and other violations of the Motor Vehicle Act.

At 2:35 a.m. on Tuesday morning the RCMP received a report of a mugging outside a local nightclub. According to the report a man was outside the club texting someone when he was knocked from behind and had his iPhone stolen. The man gave chase and told police he managed to get the suspect in a headlock when he was knocked by another assailant and the two thieves were able to escape. The man was not injured but did not recover his phone. He also has no clear description of the thief or his accomplice.

Drivers pulled over for drug offences

On Aug. 26 at 2:55 a.m. the police observed a vehicle driving through Emerald Estates at a high rate of speed. They stopped the driver and detected an odour of marijuana. The driver, a 26-year-old Whistler male, admitted to having just smoked a joint. He was issued a 24-hour suspension for drugs, and had his vehicle towed.

On Aug. 29 at 6:13 p.m. a police patrol observed a vehicle driving 95 km/h southbound towards Whistler Village and conducted a highway stop. The RCMP smelled marijuana and the driver admitted to smoking a joint two hours earlier. A 47-year-old male from Langley received a 24-hour suspension and his vehicle was towed.

That was the extent of impaired offences, although it was a busy week on the roads.

On Aug. 27 the RCMP were conducting a seatbelt check on Blackcomb Way. The police asked the driver of one vehicle whether she should have an "N" in the window to signify that she was a new driver. She said she didn't have the sign. The police soon after discovered that she had a driving prohibition and no licence. A 29-year-old female from Mt. Currie was charged.

On Aug. 28 at 5:30 p.m. the RCMP attended a motor vehicle accident at Highway 99 near Emerald Estates. The vehicle was found on its roof in the ditch off the southbound lane. There were no injuries to the driver or occupants of the vehicle.

According to the police the individual swerved to avoid another vehicle ahead, which suddenly applied its breaks. The vehicle went into the ditch, hitting the front bumper on the bottom and flipping end-over-end onto its roof.

A 49-year-old male from Surrey was charged with driving without due care.

On Aug. 30 at 10:43 a.m. the RCMP received a complaint of a suspicious vehicle on a gravel road. When they attended they discovered a male who was in possession of a stolen licence plate that was reported missing in D'Arcy on Aug. 5. The male was driving a green Jeep Cherokee. The stolen plate was from an identical vehicle - presumably for the insurance tags. A 54-year-old from Pemberton was arrested.

The RCMP received three new reports of stolen bikes last week, likely bringing the annual total to over 80 for the year.

In the first case a pink and black cruiser bike was stolen from a bike rack in the village, with the thief leaving the combination lock at the scene.

On the second, a bike was stolen from the back of a truck of in Bayshores, with the thief cutting the cable lock. A 2007 Kona Garbanzo with an orange frame was taken.

The police also received a dated report of a bike that was stolen on Aug. 15, but not reported until Aug. 25 as an insurance requirement. That bike was locked behind a hotel in Whistler village.