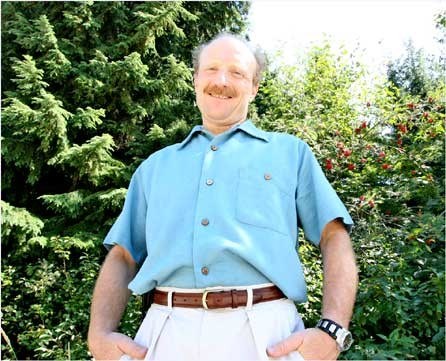 It was a bittersweet decision, mixed with palpable relief Monday night, as council turned down the opportunity to build the Paralympic arena for the 2010 Games.

The decision was tinged with disappointment for all council members, who like many Whistlerites, had come to identify the resort as the host city for all Paralympic events in 2010, billed in the Olympic Bid Book as the most compact Paralympic Games ever.

On the flip side, building a village arena was a challenging endeavour with a huge financial risk to Whistler. Estimates to build the arena were upwards of $60 million with a further $1 million annually in operating costs.

"This has been a very, very difficult decision because we didn’t want to let go of the compact Paralympics or the arena legacy," explained Mayor Ken Melamed.

He said the thing that ultimately tipped the scales in the arena decision this week was a request from the Vancouver Organizing Committee for the 2010 Games.

On Monday morning council was presented with an e-mailed letter from VANOC CEO John Furlong who wrote to "respectfully ask that Whistler formally decline the opportunity to build the proposed ice sledge hockey facility in Whistler."

For "added balance" Furlong also asked that the curling events be moved to the city.

The move, he explained, would allow more spectators to watch the Canadian teams defend their gold medals won at the Torino 2006 Games and raise the profile of the Paralympic Games in bigger venues.

The curling events in Whistler were slated for Meadow Park with 900 seats. The new sledge hockey arena was to have 2,700 seats. Now the sledge hockey games will be played at the new arena complex at UBC being built to hold approximately 7,500 spectators, and curling will be a the Hillcrest Olympic facility with close to 6,000 seats.

Both VANOC and the Resort Municipality of Whistler said the decision was fiscally more responsible.

"We do believe it’s a more fiscally responsible way and better for the taxpayer overall," said VANOC’s executive vice president Terry Wright, who was at Monday’s council meeting.

"On balance there are trade offs both ways but I think if we take it as a whole, given the financial ramifications, given that we have fantastic venues in Vancouver and given the opportunity to have a much larger promotion of the Paralympic sport in Vancouver which is a large community, I think we’ll look back on this as being a step forward in terms of hosting extraordinary Games."

Even recognizing all the reasons why it was a good decision to forgo the arena, there was a deep sense of disappointment on Whistler’s part. Council and staff had even re-examined the potential of building an arena at Meadow Park in recent weeks. The estimated cost for a basic structure there without seating to accommodate the Games came in at around $23 million.

"We tried everything we could to try and secure a compact Games and the legacy that many people in the community wanted," said the mayor.

The decision didn’t come as much of a surprise to Brian MacPherson, chief operating officer of the Canadian Paralympic Committee. The writing was on the wall, he said, when the high cost estimates came rolling in.

"We certainly share their disappointment," said MacPherson. "We were very much looking forward to presenting to the world an unprecedented compact Paralympic Winter Games and now of course that just won’t be reality, so that whole thing is lost. But at the same time we understand the economic realities and we certainly don’t want the municipality of Whistler to be saddled with an unsustainable facility in the long term given the exorbitant amount of costs it means to put an arena there. We are disappointed but we certainly understand the decision."

In turning down the arena, Whistler passes on a $20 million grant from VANOC towards that building. But the community does not walk away empty-handed.

VANOC has offered a minimum of $3 million to help develop a permanent celebration plaza in the proposed arena spot, known as Lot 1/9 or the undeveloped village land behind the Brew House.

That comes in addition to the $2 million payment Whistler was always slated to get if it turned down the arena. Unfortunately, the money that has been spent to date developing concepts for the arena comes out of that $2 million, roughly $800,000.

In the end Whistler will get $4.2 million.

While it’s not the happiest decision said the mayor, there is relief in having made the decision.

By Tuesday the mayor said it "feels like a weight has come off our shoulders.

"It’s always good to make a decision and move forward."

When asked what an Olympic legacy could look like on Lot 1/9, Mayor Melamed was reticent to speculate, preferring instead that the community task force look into the possibilities, with more public consultation.

"There’s still an interest to create a lasting legacy on Lot 1/lot 9," he said. "It just won’t be an arena. It will be something else."