The visitors are returning, but what does the fall hold? 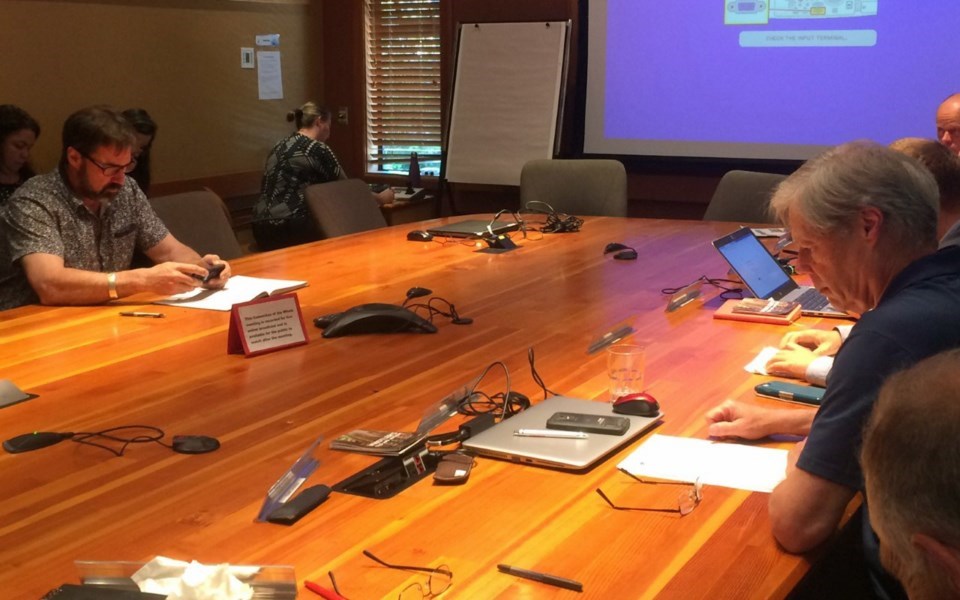 While Whistler and the Sea to Sky were effectively closed for business in mid-March due to COVID-19, Phase 3 of B.C.’s restart plan is now in full swing, and the visitors are returning in droves.

“I know we’ve been busy at [North Arm Farm], busier than we’ve ever really been on a daily basis I think at this time of year,” said MLA Jordan Sturdy, who also owns the Pemberton farm, at the July 7 Committee of the Whole meeting held over Zoom.

“Depending on the weather, of course, we may find that we will have a very busy summer.”

That being said, the longer-term outlook of COVID-19 and its impacts remains murky at best—whether that be the timing of the anticipated “second wave” or the opening of the U.S. border.

“I think we’re all concerned about what happens beyond the summertime, beyond August, and what that means for our restaurants,” Sturdy said, noting that many local farms rely on restaurants and hotels to pay their mortgages through the winter.

“We just don’t really know what that future holds for our business.”

“We just do not have the staffing that we need to have,” he said. “That’s something we’ve been talking about from a personal perspective, but also from a political perspective with our federal counterparts, and trying to get better access to labour.”

On that front, Sturdy noted that MP Patrick Weiler was able to finish a job started by his predecessor Pamela Goldsmith-Jones, and provide Whistler with better labour-market data.

In the past, business leaders have argued Whistler should not be lumped in with the Vancouver mainland southwest catchment (which has an unemployment rate of about six per cent, where Whistler’s was actually closer to two per cent, pre-COVID-19).

“[The data] is a little more granular, so we’re able to better understand what our employment situation, what our EI situation is … Hopefully it will give us an opportunity to make better arguments for changes to some of these seasonal agriculture worker or seasonal [Temporary Foreign Worker] or the holiday workers visa programs and other areas,” Sturdy said.

Sturdy joined the meeting to provide a general update on legislature business and other issues, including the province’s COVID-19 response.

“Clearly we’re doing something right from a public health perspective, “ Sturdy said, pointing to the alarming discrepancy between case numbers and deaths in B.C. and neighbouring Washington state.

“My perspective on that is just that this is certainly a strong case for a public health system, and how you can manage things in a coordinated fashion as opposed to an ad hoc, private approach.”

In Whistler, the need for family doctors hasn’t dropped off the radar, either.

“There’s a number of us who have been trying to develop a plan to improve the business case for family practice and provide better service to the residents of Whistler,” Sturdy said.

With so many venturing outside in recent weeks, access to and staffing of parks has also continued to be an issue.

Of frustration for Sturdy is the fact that Garibaldi Provincial Park has yet to open, he said, noting that he wrote to the minister about the park but didn’t receive a “very satisfying answer.”

“I’d very much like to see that reconsidered and opened up,” he said.

On that note, Councillor Cathy Jewett raised concerns with the amount of personnel in provincial parks.

“We’re very fortunate it’s wet so far, but if we had a situation where we had a tinder-dry backcountry, [it would] be another story, because the amount of people that are using official and unofficial campsites right now is phenomenal,” Jewett said, adding that there was a time when park rangers would come to your backcountry campfire to share natural history and safety lessons.

“It would be great to see that sort of thing again,” she said. “I’m not holding my breath, but with the numbers of people coming up from the Lower Mainland, we’re going to need something in our local backcountry parks.”

Sturdy agreed, pointing out the government’s parks budget is just $45 million, while the B.C. parks system itself is the “third biggest parks system in North America” after Canada and the U.S.

“So we need more resourcing, and I’ve always advocated that if we were to double the parks budget to $90 million … it would serve our province well,” Sturdy said.

“Unfortunately this year the budget for 2020-2021 was actually a reduction in the parks budget by about a million dollars.”

Sturdy also noted that the current conversation around the ever-popular Joffre Lakes Provincial Park is about instituting a day-use fee of $5.

“This is something that, while I’m not adamant that it is a bad idea, I do think it’s a bad idea to target one park,” he said. “I think this is worthy of a provincial discussion. If we’re going to start charging for day use in parks, OK, but let’s have a conversation about that provincially.”