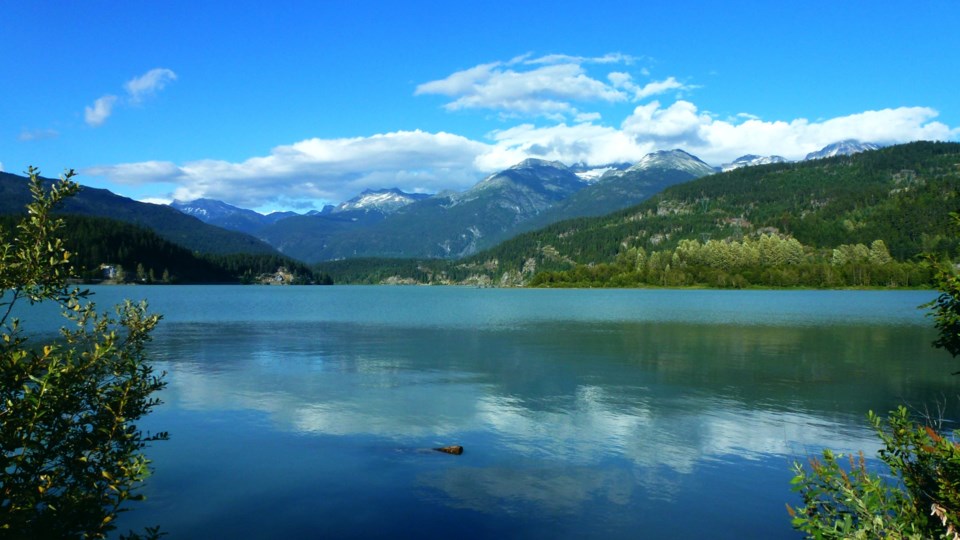 Green Lake is one of five Whistler lakes that are a part of a provincial monitoring program aimed at building a cohesive picture of lake quality across B.C. Photo by Joel Barde

For the past six years, the province has been monitoring 53 of B.C.’s lakes, including several in the Sea to Sky, and, by and large, researchers’ findings have reaffirmed what most residents already know: Our lakes are in pretty good shape.

In Whistler, Alpha, Nita, Lost and Green Lakes had been monitored by the RMOW for water quality, but those efforts were not in alignment with the provincial program, while Alta Lake is considered a high-priority, long-term trend site that is monitored by provincial researchers.

Last year, the municipality worked with the BC Lake Stewardship Society to implement a new monitoring program to better align with the province, which was scheduled to begin this year, but was eventually postponed due to COVID-19. The RMOW continues to monitor beach water (including for E. coli), stream water and storm water quality, however.

While provincial officials have monitored some of B.C’s lakes in some form since the late ‘60s, Mike Sokal, a provincial water quality-monitoring limnologist, said this most recent program was launched to standardize researchers’ approach and strike a more diverse balance of lakes across the province.

“Before this program was initiated, we had monitored from a variety of different offices … and people were monitoring the lakes for specific regional reasons. Sampling was done using different techniques and that was specific to the questions being asked,” he explained. “So all sorts of different aspects we tried to cover off to get a really good, cohesive picture of what lake quality is like around the province and how that changes over time.”

The most recent data shows that all of the studied Whistler lakes fall within acceptable safety guidelines.

Closer to Squamish, Brohm Lake is also a long-term trend site, where experts say the overall water quality is “quite good,” with moderately clear water and relatively low levels of nutrients and metals, according to an email from the province.

Alta Lake has been a fascination of researchers for years, given it was considered unique because it historically drained at both the north and south ends into Nita and Alpha lakes (today, the lake’s outflow is now entirely redirected to the north end), and was situated in close proximity to both rail and land development.

In a 2005 monitoring report issued by the BC Lakes Stewardship Society, researchers said that Alta Lake did not follow the pattern of most lakes, which typically sees algae levels decrease as temperatures drop.

“Further monitoring of the lake will provide a better interpretation of data,” the report stated.

For several years, Ian Spooner, head of the Department of Earth and Environmental Science at Acadia University, and his students have been doing paleolimnology work, taking core samples of lake sediment to compare the state of Alta and Lost Lake—the former home to significant development nearby, while the latter has largely avoided those pressures.

In the case of Alta Lake, core samples show copper and arsenic levels returning to normal background levels after spikes in the 1880s with the advent of the PGE Railway and Pemberton Trail, and the 1960s, when some believe copper was dumped into the lake to rid it of an invasive species, a potentially harmful strategy that was more common at the time. Meanwhile, productivity and human-caused “nutrient loading”—signalled by an increase in nitrogen—continue to increase.

“With nitrogen, it’s a signal of human nutrient loading—so poop and pee,” Spooner told Pique last year. “And it’s not going back either.”

With the provincial monitoring program only going back six years, Sokal said the kind of long-term data that Spooner can offer is invaluable to researchers.

“The water quality data that we’re collecting as part of our program, even though it is a snapshot in time, we are tracking it longer term,” he said. “So we’re getting information in the spring and in the late summer, and the water quality there is quite good and is not heavily variable. But we only have a small dataset of about three years, so that’s why in that study it’s quite good to have some of that longer-term history.”

With July being Lake Appreciation Month, Roger McCarthy, former Whistler councillor and organizer of the Great Lake Clean Up, is looking to set a date for this year’s annual community event, likely in August. Held since 2013, the event sees upwards of 40 volunteers—including trained divers from the Lower Mainland—take to Whistler’s major lakes and waterways to remove any trash found.

McCarthy said the event has made “a huge difference, and not only in the cleanliness of the lakes, but I think we’ve raised an awareness to take [your trash] with you.”