Police warn there will be zero tolerance for unlawful behaviour
May 13, 2015 6:02 PM By: Alison Taylor 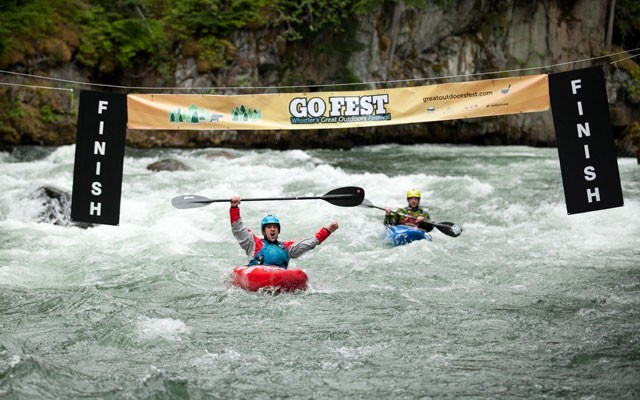 Beefing up police and private security is one way of tackling Whistler's May long weekend problems, but early promotion of the GO Festival event is key too.

And that fell short this year, as the multi-day festival, celebrating the meeting of winter and summer in sport, music and arts, heads into its second year. Headline acts, like April Wine and Current Swell for example, were only confirmed at the end of April — about three weeks before the long weekend.

"We didn't know anything to promote it," said Stephen Webb, general manager of the Hilton Whistler Resort & Spa and head of the Hotel Association of Whistler.

"If we're looking at it being family oriented... we just need to be able to have some idea of the content so we can package something at a reasonable price point.

"If the line up of activities and events is known several months in advance, then we can package and sell to a different market for it. Long term that's what we have to arrive at."

By Monday, the Hilton was 75 per cent booked for the long weekend and Webb said that would jump to 90 per cent occupancy before the weekend. And that's with room rates up "significantly" over last weekend.

The issue isn't so much volume of people but moving away from problem groups.

RCMP Staff Sergeant Steve LeClair said the problem lies in the 19- to 23-year-old demographic, roaming the village in groups.

"The problem is not in the bars," he said. "It's mostly groups of youth roaming through the village getting into altercations with each other."

While it would have been better to have confirmed acts earlier, Mayor Nancy Wilhelm-Morden said to some extent that's out of Whistler's hands, hampered by late confirmation of the provincial RMI funding, which did not come until March. And though the municipality releases funds from the RMI program earlier in order to book acts and to promote early planning, this year there was a worry that the RMI funding could have been drastically cut, which would have impacted the GO Fest's $255,000 budget.

The RMOW was also concerned that promoting GO Fest early would impact the World Ski and Snowboard Festival.

Still, early promotion is just one factor, said the mayor."Certainly getting the message out earlier will just assist in increasing the general level of awareness, but there are a couple of factors that are at play here regardless of early messaging," said Wilhelm-Morden.

"One is the fact that this has been historically a weekend that's been problematic for us, and so regardless of how early we get the messaging out there are going to be those elements who continue to come here until they finally get the message that if they do come here we're not tolerating rowdyism, vandalism and so on. So there is that historic negative momentum that we can only counter by the actual weekend itself and what the people find when they get here.

"The other factor is, quite frankly, weather. If the weather is lousy we're not going to necessarily get people out here participating in some of the various outdoor activities we've got planned."

This year the weather is looking fine as Whistler readies for the long weekend.

LeClair had a simple message: there will be zero tolerance for any unlawful behaviour.

"We have an operational plan in place... it's designed to deal with this particular weekend," he said. "It's become our busiest weekend."

In addition to the GO Fest activities, the municipality is also stepping up to the plate to fund private security.

Between $1,200 and $1,500 will come from the existing parks budget to pay for additional village security.

"(It's) in a couple of places where we know that there's been past evidence of damage, or vandalism or disturbance," said the mayor.

She is hoping to spend at least part of the weekend in Whistler in part to set an example; resort partners are encouraging locals to stick around and enjoy the activities.