ASPEN, Colo. – It's a record-breaking year in Aspen, and that's a big problem at the Pitkin County landfill. The landfill just five years ago was projected to have capacity until 2038. Now the timeline has been shortened to 2025.
Aug 23, 2017 6:00 PM By: Allen Best 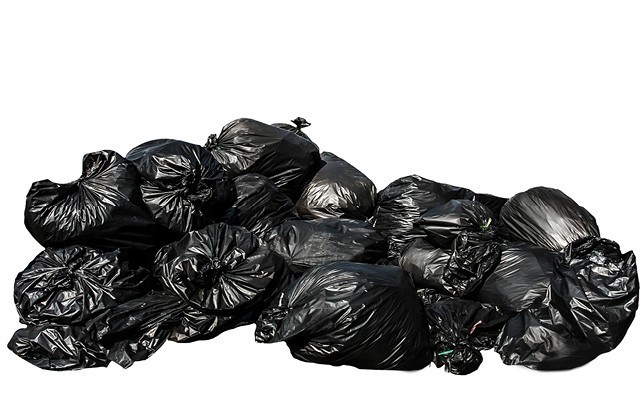 ASPEN, Colo. – It's a record-breaking year in Aspen, and that's a big problem at the Pitkin County landfill. The landfill just five years ago was projected to have capacity until 2038. Now the timeline has been shortened to 2025.

Cathy Hall, the solid waste manager for Pitkin County, pointed to the improved economy. Incoming waste has increased 71 per cent since 2010, when Aspen was still feeling effects of the Great Recession. Now, people are buying more, throwing away more, and tearing down more houses and hotels, she said at a recent meeting covered by the Aspen Times.

The Sky Hotel was demolished earlier this summer, putting as much waste in the landfill as 3,000 people normally produce in a year.

Pitkin County officials are looking at both expanding the current landfill and figuring out how to haul Aspen's refuse to landfills in other jurisdictions. But County Commissioner Steve Child wants to see more study about what has been done elsewhere to dramatically ratchet down the waste.

That's relatively little electricity compared to the giant coal-fired power plants that can generate 300, 400, or even 700 megawatts of electricity. But in these small, incremental steps, a major transformation is underway in how we produce and consume electricity.

Kit Carson announced plans earlier this year to eventually provide its 30,000 members with 100-per-cent renewable energy. This new array, located 52 kilometres from Taos in the community of Tres Piedras, is the first of 35 solar plants that the co-op plans to erect within the next five years. Several more are planned near the ski areas of Angel Fire and Eagle Nest.

In Colorado, Holy Cross Energy — like Kit Carson, a cooperative — has now received bids for a five-megawatt solar plant to serve the Vail and Aspen areas. The largest solar array that Holy Cross currently has is 1.7 megawatts, on a farm near Carbondale. The Aspen Daily News reported that this next solar plant will cover 10 to 16 hectares.

The plant is likely to be located along I-70 near Rifle, about 109 kilometres from Aspen and 145 kilometres from Vail but also within the Holy Cross service area. It's sunnier there and, perhaps more importantly, land prices are much, much cheaper.

Breckenridge elected officials this week were scheduled to hear from a group that wants the municipality to formally embrace the goal of 100-per-cent renewables. That goal has now been embraced by Salt Lake City and dozens of other cities in the United States.

Breckenridge has pushed local production of solar energy, but gets most of its electricity from Xcel Energy, an investor-owned utility. Xcel is known as one of the most progressive utilities in the country. First pushed by state requirements and now pulled by the plummeting prices of renewables, Xcel has been rapidly expanding its carbon-free portfolio.

In Crested Butte, few people have signed up to get their electricity from new solar arrays.

"There are a lot of hypocrites in the community," said Greg Wiggins, a director of the local Gunnison County Electric Association at a recent meeting covered by the Crested Butte News.

Nonetheless, the town council there seems ready to plunge forward into a commitment to fuelling the demand for renewables. It wants to do this by purchasing what are called offsets, which would cost the town about $1,500 a year. This does not provide the town with carbon-free electricity, but it does provide the demand so that somebody on the electrical grid is getting carbon-free electricity, such as those delivered by solar arrays.

Crested Butte is trying to decarbonize its economy. It's a far more formidable challenge than just switching from coal to renewables for production of electricity. Homes are commonly heated with natural gas, also a carbon fuel, and our cars, trucks and buses almost exclusively burn carbon fuels.

After first adopting a goal of 20-per- cent reduction by 2020, Crested Butte has put some effort into improving energy efficiency in buildings. Just how much it has achieved, however, seems to be unknown.

The town council seems agreeable to the proposal by Mayor Glen Michel to hire a new and permanent town employee responsible for measuring and monitoring greenhouse-gas reductions and probably more.

Meanwhile, the local cooperative pushes for consumers to take advantage of off-peak pricing. Mike McBride, the chief executive of Gunnison County Electric, said consumers who use power other than between 5 and 10 p.m. on Monday through Saturday, can save the cooperative and ultimately the customers money. It also allows for greater integration of renewables.

WINTER PARK, Colo. – Winter Park has joined the climate-change action group called Compact of Colorado Communities. Launched in May with a meeting held in Aspen, the compact now consists of 35 towns, cities, and counties. Included are many of the state's ski towns.

In joining the compact, Winter Park must make an annual contribution of $1,200, but more importantly, it must decide by September 2019 on a goal or initiative that meets what is described as an "aggressive threshold." In return, the municipality will get assistance from the national Association of Climate Change Officers.

The issue came up in June, when drone flights reportedly interfered with efforts to fight a forest fire along the adjoining Tenmile Range. There are federal regulations, but the Federal Aviation Administration lacks the staff to enforce them. These regulations, if adopted into law, could be enforced by local police.

The local regulations would be similar to the federal rules. Drones would be banned from flying more than 121 metres above the ground and must weigh less than 25 kilograms; and could not be used to fly over an individual or crowd without the consent of those being flown over.

States can create laws, but they must be parallel to the federal rules. Colorado has not yet done so.

A local videographer tells the Summit Daily News he would welcome the regulations. "If I could understand clearly what the rules are, I might be doing it every day," he said. Without those rules, he doesn't want to incur the risk of liability.

Steamboat gets fibre-optic line, but will the boonies?

STEAMBOAT SPRINGS, Colo. – A $2.2-million fibre-optic line has been completed in Steamboat Springs. The carrier-neutral line will allow the local hospital, city and county governments, federal agencies and others the ability to have the same sort of internet speeds enjoyed by most of urban America.

But what does this mean for outlying areas of Routt County, including its ranchers and small communities like Oak Creek and Yampa?

The county government suggested that what Steamboat now enjoys will become the foundation for expansion of fibre-optic speeds to outlying areas. But the chief operating office of a local technology company told Steamboat Today he's dubious. "I find it less than forthright to say this is really the foundation on which future broadband growth is going to occur," said Jon Quinn, of Northwest Data Services.

Steamboat Today noted that a webpage can take 20 minutes to download at Hahn's Peak Village, a resort hamlet located about a half-hour north of Steamboat.

Volunteer ski patrollers told it's the end of an era

PARK CITY, Utah – Volunteer ski patrollers at Park City Mountain Resort have been told their services will no longer be needed. Vail Resorts, the owner of Park City, sent an email to the 90 volunteer patrollers, inviting them to apply to be members of the professional ski patrolling staff.

"Obviously, it's a disappointment," said Michael Cook, director of the volunteers. "I've been doing this almost 40 years. This is a significant group of ski patrollers that represent almost 800 years of ski-patrolling experience."