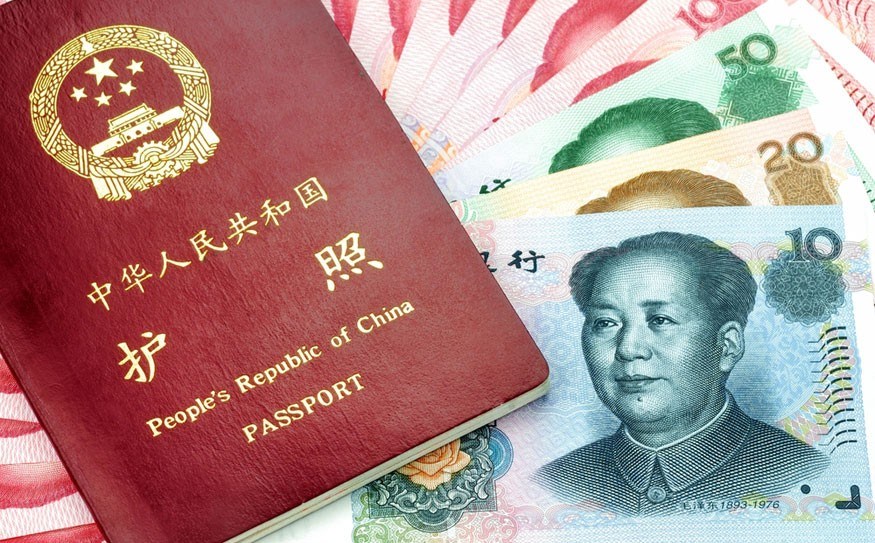 ASPEN, Colo. – The Aspen Skiing Co. has started casting seeds in China, hoping to grow business from the giant country of 1.3 billion people.

The Aspen Daily News, reporting from a local chamber meeting, says that representatives of the Little Nell, the ski company's swank hotel, recently went to Shanghai to meet with travel agents.

Hotel manager John Speers explained that many wealthy Chinese send their children to U.S. schools. They can be more easily sold on a North American ski vacation while coming or going from their child's school.

Aspen, said Speers, generally has what Chinese visitors would be looking for: high-end shopping and a healthy serving of cultural events.

To better accommodate Chinese visitors, he urged local businesses to study how to conduct transactions using UnionPay, which is the only provider of credit and debit cards in mainland China.

ASPEN, Colo. – While Aspen city officials continue to be cautious about what the future may hold and real estate sales are a perplexing, muddled story, the tourism economy is bursting at the seams.

During June, the city recorded $44 million in activities subject to the sales tax, such as restaurant meals and lodging. That's an increase of nearly 16 per cent over the same month in 2011.

In Vail, the story is also of rapid growth in retail sales and lodging. June sales tax collections were the second highest ever.

In interviews with the Vail Daily, local officials responsible for marketing were happy to take credit for the gains. They said that they have become more sophisticated in the use of social media and other Internet-based marketing, but also that they have better connected specific users with specific activities.

"Instead of branding Vail as something for everybody, we're really honed in on messages about events and activities people say they're interested in," said Mia Vlaar, a member of the Vail Local Marketing District Advisory Council.

But again, as in winter, when good snow makes heroes and heroines out of marketing people, there was something else going on in June, too. "It's no minor detail that hot weather has driven people here," said Beth Slifer, chair of the marketing council.

BANFF, Alberta – It's mid-summer, and bears are turning up in the news in nearly all the mountain towns.

In Banff National Park, a tourist on a tour bus recently flung a piece of meat at a 23-year-old grizzly sow and her yearling cubs, hoping to lure the bruins closer.

"This is the sort of behavior we saw 30 or 40 years ago, and it's certainly very concerning when we see that kind of disrespectful behavior in 2012, particularly to a bear that has been so successful in the landscape."

The fear of bear biologists everywhere is that bears will connect people with easy meals, a connection that leads the bruins to become demanding and hence threatening. Often, that means they must be killed.

In this case, there's no evidence the bears have changed their behavior by approaching vehicles. "She's been foraging on buffalo berries, so that's a good sign she didn't actually receive a food reward," said Michel.

Nobody was charged with feeding the wildlife and the tourists, who were from China, had left.

But Parks Canada did charge two groups of campers with keeping messy camps after an opportunistic young black bear repeatedly scavenged food and garbage from the camps. If authorities kill the bear because it starts hanging around campgrounds it will be the 14th black bear this year to have died at the hands of humans in Banff, Yoho and Kootenay national parks, reports the Outlook.

In Snowmass Village, a black bear snatched one of two yelping beagles in a backyard. The owner followed the trail of blood, finding a collar and some remains.

A state wildlife official told the Aspen Daily News that 90 per cent of a bear's diet consists of vegetation, but they will occasionally eat another animal. More commonly they will merely swat at them.

As of late July, 20 bears had been killed by wildlife authorities in the Aspen area this summer, the most in four years. That figure is attributed to the drought that has depleted stores of backcountry berries and nuts. In one case, a sow with three cubs broke into more than a dozen vehicles.

Finally, researchers are keeping watch in Yellowstone National Park and nearby areas after noting that 10 of the 16 grizzlies known to have died by mid-summer had died of natural causes. Usually, more grizzlies die because of interaction with humans, notes the Jackson Hole News & Guide. Researchers said they aren't too concerned about this statistical blip. Mortality among grizzlies increases in late summer and fall, partly as the result of encounters with hunters.

SQUAW VALLEY, Calif. – When Denver-based KSL Capital partners purchased Squaw Valley in 2010, it was clear that the resort would be remade in the model of the destination ski areas of Colorado. That is happening.

Local government officials in California recently heard that KSL is applying to do a real estate project that will substantially add to the resort's bed base.

The resort has 100 acres planned for development. The first phase, of one million square feet, would use a quarter of that land. All told, Squaw Valley wants to create 1,275 units in various ownership configurations, according to a press release posted by Placer County.

WHITEFISH, B.C. – Homeowners and others who live along the railroad tracks in Whitefish are assessing how they may be impacted if the export of coal from the Powder River Basin to China and other countries is increased.

The Whitefish Pilot notes a report by the Western Organization of Resource Councils that estimates the current traffic on the Hi-Line route through Whitefish might be increased by 15 to 30 trains per day on top of the existing 30 trains.

Representatives of BNSF, the railroad company, dispute those claims, saying it's unrealistic to assume all coal from the Powder River Basin will travel on BNSF lines or that all the half-dozen coal export terminals proposed on the West Coast will be built.

Still, BNSF has hired 415 employees in Montana, including 41 in Whitefish.

Sandpoint, Idaho, another ski town on the Hi-Line, adopted a resolution in April expressing deep concern about impacts to water quality of Lake Pend Oreille from coal dust and diesel emissions.

BASALT, Colo. – Presidential candidate Mitt Romney and 10 of his best buddies, all of them Republicans, as he is, and governors, as he once was, shared the stage at a rally held in Basalt, located near Aspen.

"Get out of our way, government, we know what's best!" demanded one of the governors, Arizona's Jan Brewer.

Utah Gov. Gary Herbert testified that based on what Romney did in turning around the corruption-tinged and financially troubled 2002 Olympics in Utah, he's convinced Romney will do the same for the United States. "I saw it happen, and the nation needs the same kind of turnaround," said Herbert, according to a report in The Aspen Daily News.

More than 500 people packed the high school gymnasium, and 300 more were turned away for lack of space. The Aspen Times described Romney's dress as "Colorado casual," meaning no tie and the sleeves rolled up a bit.

Dress of another sort was also noted by the Times. Twelve employees of Gould Construction, an excavating firm, were placed behind Romney, some of them wearing their hard hats, and before the backdrop of a giant American flag.

For students of irony, there's a delicious one here. Arizona's governor has defended that state's crackdown on illegal immigration with tactics that many people believe constitute racial profiling.

But Gould Construction clearly benefited from illegal immigration — and, for that matter, so did liberal if über-rich Aspen. Company personnel were interviewed for a television special with Tom Brokaw in 2006 about the troubles of Gould in finding hard-working but legally documented workers willing to dig trenches at construction projects for $14 an hour.

Colorado then was considering an immigration law and Mark Gould, principal of the firm, told Brokaw of adverse consequences.

"If it's enforced and everyone complies, we are going to lose almost 10 per cent of our workforce in Colorado, which is absolutely — will have an impact on our economy," he told Brokaw.

And the result of shipping illegal immigrants home? "Well, the cost of construction is gonna go up and so that's a barrier to people getting into their houses," he said.

For a transcript of the program, go to: www.soc.iastate.edu/sapp/immsci1.pdf.