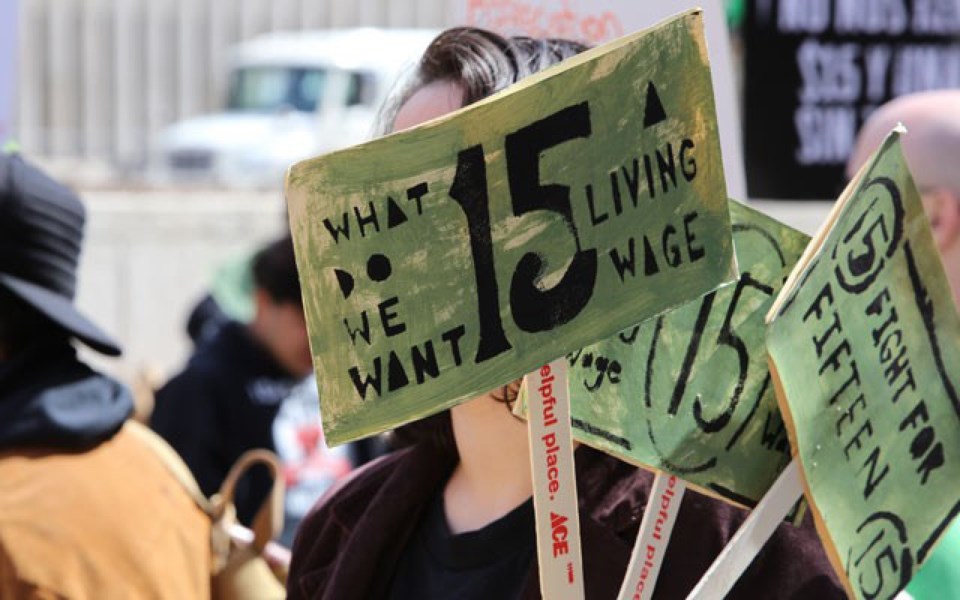 ASPEN, Colo.—The Aspen Skiing Co. last year boosted its minimum wage from US$12 per hour to US$13.50 per hour (all figures in U.S. dollars). This year, it's increasing the minimum again, to US$15 per hour.

Caleb Sample, the company's director of talent acquisition, told The Aspen Times that he hoped the wage boost will make Aspen more appealing as it sets out to fill its 1,000 to 1,500 seasonal openings.

The obvious comparison is against Vail Resorts, which last year boosted its hourly minimum to $12.25 per hour. Vail Resorts has not announced a new minimum for this coming ski season.

Colorado's minimum wage is $11.10 per hour. However, a new law gives municipalities and counties the authority to set their own minimum wages beginning in 2021.

Region stands out in the deep red of global warming

OURAY, Colo.—Climbers gather each January in the canyon shadows of the San Juan Mountains to test their skills on giant columns of ice. The towers in the Ouray Ice Park are created by feeding water to the canyon walls, but the cold is natural.

It's not as cold in Ouray County as it used to be, though. A data set assembled by The Washington Post showed Ouray as one of the places with the most rapid rise in temperatures in the lower 48 states since the late 19th century. Average temperatures have increased 2.3 degrees Celsius.

The Washington Post drew on statistics from the National Oceanic and Atmospheric Administration's Climate Division Database between the years 1895 and 1918. It found uneven warming across the United States, with some areas of the South actually cooling a bit. Rhode Island and New Jersey stand out for their heating, as did Los Angeles.

The biggest blob of red and burgundy on the Washington Post's map was in the mountains and deserts of western Colorado and eastern Utah. The newspaper noted that the area altogether has exceeded the 2-degree C threshold that policy makers, based on the advice of scientists, have identified as critical threshold for global warming.

The newspaper's work echoes that of a 2014 report, "Climate Change in Colorado," which also called out spiked warming in western Colorado through 2012. Every year since then, with the exception of 2013, has been much warmer than the 20th-century average.

Russ Schumacher, Colorado's state climatologist, said he's not sure why that portion of Colorado has been warming disproportionately. "We could definitely quibble about some of the details on their maps, but the overall picture is nicely represented," he said.

The cause of rising temperatures globally has long been understood: the sharp increase in greenhouse gases, which traps heat near the Earth's surface. The regional variations sometimes remain puzzling.

"This 'forcing' is quite well understood; the physics of it have been known for over a century. How it plays out in, say, Telluride can be trickier. It involves local factors—land-use changes and the terrain in general," Schumaker told the Telluride Daily Planet.

Directly linking greenhouse gases and changes in a mountain valley remains complicated. "Certainly a substantial fraction is connected to global warming, but in complex terrain areas, and with changes in land use over the last century, those factors can also be important," he told Mountain Town News.

Broadly speaking, the higher latitudes will warm (and are warming) more than the Tropics. Alaska has had an outsized warming streak, but Costa Rica, not so much.

"But elevation effects are still an area of active research, in part because we don't have a lot of reliable data at high elevations (say, above 3,000 metres) nor do models represent the terrain of Colorado particularly well."

Several teams of scientists in recent years have issued studies that identified rising temperatures as playing a large role in declining flows of the Colorado River. About 92 per cent of the river's flows originate upstream of the Grand Canyon, much of it in western Colorado. Flows since 2000 have declined 19 per cent from the 20th century average.

Brad Udall, a scientist with the Colorado Water Institute, told a U.S. House of Representatives subcommittee in February that 2018 was the hottest and driest year in the Four Corners region since records were first kept in 1895.

Udall said that a study that he and two other researchers published in 2018 found 50 per cent of flow reductions in the first 14 years of the century were due to higher temperatures. The other half were due to shifting precipitation patterns.