WINTER PARK, Colo. — The widow of a man killed in an avalanche last January at the Winter Park ski area has sued the ski area operator, Intrawest.
May 30, 2012 9:00 PM By: Allen Best 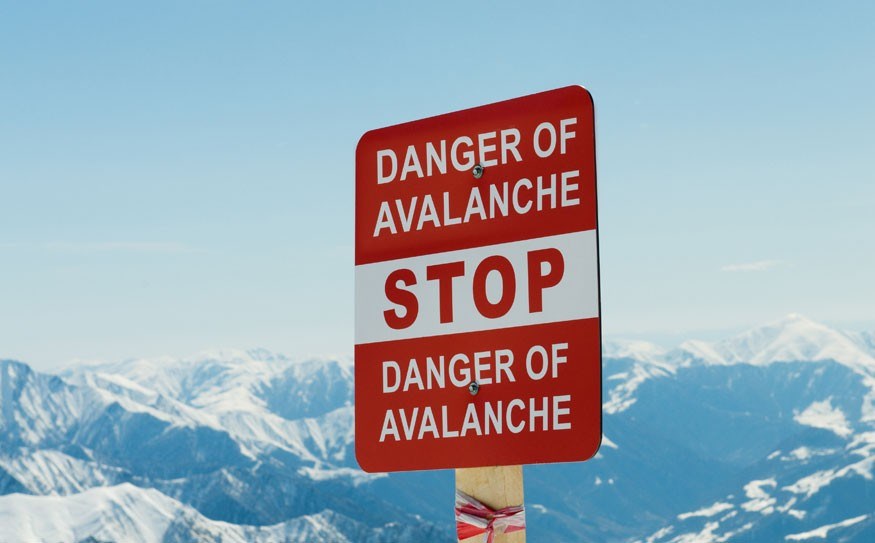 WINTER PARK, Colo. — The widow of a man killed in an avalanche last January at the Winter Park ski area has sued the ski area operator, Intrawest.

The lawsuit alleges that Winter Park officials should have known that slopes within the boundaries of the ski area could have been prone to avalanche.

James Heckbert, an attorney on behalf of the victim's family, told the Sky-Hi Daily News, that avalanches are not part of the inherent risk of skiing that, by Colorado law, protects ski area operators from suits.

The Colorado Avalanche Information Center on that weekend had warned that triggering avalanches on any snow-covered slope of 30 degrees or steeper was likely. "Triggering slides will be easy today," said the report.

ASPEN, Colo. — For decades, Aspen has been resisting the image of being an exclusive resort that caters to only the world's wealthiest residents. But can a case be made that a deliberate strategy must be adopted to deliver a lower price point for tourists?

That's the fundamental question examined in a new lodging study sponsored by the city government. The study found that average hotel lodging rates grew 40 percent during the rah-rah years of 2003-2007. This run-up produced a gain of 49 percent in lodging tax revenues for the city government.

Another revealing statistic: Aspen lost 27 per cent of its total bed base inventory between 1994 and 2007.

The new report, according to the Aspen Daily News includes interviews with various individual and groups in Aspen as to their views. One view is that government need not tinker with the market place. "You have to pay for the quality of Aspen: the natural environment, the scenic view, the recreation, the arts and culture, the historic buildings," according to long-time planning consultant Stan Clausen.

But the Aspen Skiing Co. sees a soft underbelly to its own success. The company operates the valley's four ski areas along with its plushest hotel, the Little Nell.

Despite the loyalty of visitors to the Little Nell, as they move past 60 and 70, they're visiting less often. The task, says the ski company, is to stay relevant to young people — something the company has tried to do through its sponsorship of the X Games.

"Young people are more adventuresome and value conscious, and they're getting bombarded by marketing," said the company in its response to the study. "This generation will have 15 jobs in their lifetime, while the older generations had two — in general, the sense of loyalty is not as strong as it was."

Aspen does have a hostel, but the proprietor says that "our phones aren't ringing off the hook," according to the Daily News. One theory is that prices that seem to low for Aspen cast a suspicion on the quality of the product.

Adopted earlier this year, the Aspen Area Community Plan specifies the goal of beefing up the lower end of the market to help attract the next generation. Among the proposals to be examined in coming months is whether the city should donate or sell some of its land to a developer of affordable lodging, or provide zoning bonuses.

Hot and dry, Colorado remains on edge of fire

RED CLIFF, Colo. — From the deck of his office, Jim Lamont can look down on the Eagle River, normally swollen in late May with melted snow from along the Continental Divide.

Water normally crowds the top of a large boulder in the river. This year, the water has been near the base, about a metre lower, says Lamont, who is the executive director of the Vail Homeowners Association. Vail is 13 kilometres away from Red Cliff, although the slopes of the Vail ski area are but three kilometres away.

On most creeks and rivers originating in the Colorado Rockies, peak runoff shuffled past this year, barely noticed. Snowfall last year was among the lowest in the last century, and spring arrived early, almost hot. March in Colorado was the third warmest, with records dating to 1895, and tied with one another year for the driest on record. April was the fourth warmest on record.

The Eagle River, near where it flows into the Colorado River 45 miles downstream from Lamont's office in Red Cliff, is forecast to flow at only 43 per cent of average. More broadly, the Colorado River basin at less than 50 per cent.

The last time Colorado suffered so severely from drought was 2002. That year, three major fires erupted on June 10, one of them the Missionary Fire near Durango. This year, by some measures, the drought is even worse. Plus, millions of trees have died since 2002 as the result of beetle epidemics.

While scientists debate how much the beetle kill elevates the risk of wildfire, several fires in the foothills west of Denver and other Front Range communities since March have escalated apprehensions. In one fire, three people were killed.

More wary of the potential for wildfire than he was in 2002, Lamont says this year he has moved his prized photographs and important documents to Vail.

In Vail, the Eagle River Water and Sanitation District has not imposed any restrictions on outdoor water use, but over the weekend urged customers to adhere to regulations that allow up to three days of lawn watering per week.

It could get wild and crazy this summer. Or maybe it will start raining. Right now, people are on edge.

Struggling trees can contribute to haze

STEAMBOAT SPRINGS, Colo. — Smog and haze in the West may be exacerbated by the epidemic of bark beetles that have killed millions of lodgepole pine as well as other evergreens.

Gases called volatile organic compounds (VOCs) are released from the holes bored into trees by the beetles as a defense mechanism at rates up to 20 times that of healthy trees at ground level, according to the study.

The study was conducted in part by scientist Gannet Hallar of the Desert Research Institute, which operates the Storm Peak Laboratory atop the Steamboat ski area.

While proving that infested trees produce more VOCs and identifying the type of VOCs, the study does not allow researchers to conclude how much the chemicals contribute to haze.

The paper reporting the results was published in the Journal of Environmental Science & Technology.