JACKSON, Wyo. — William Wecker and 20 employees are relocating from California to Jackson. But their business has nothing to do with tourism or real estate.
May 1, 2013 9:00 PM By: Allen Best 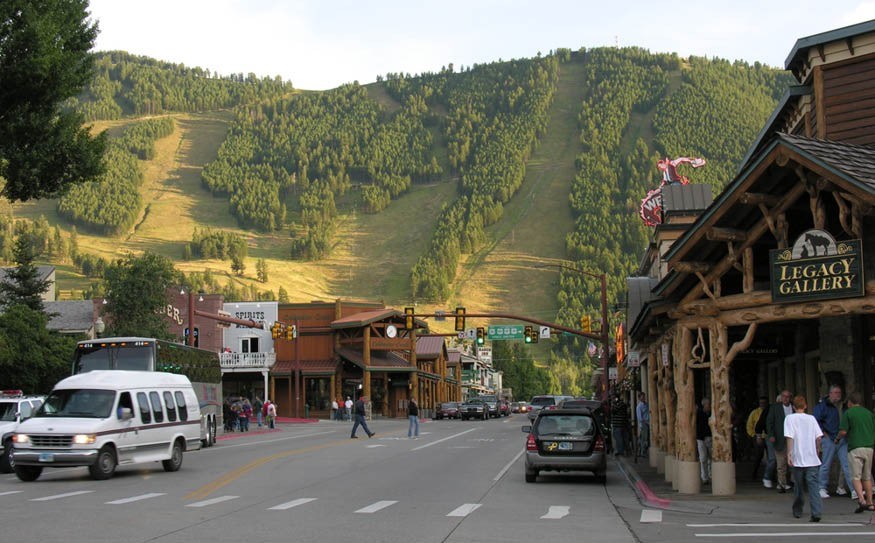 FINE HOLE A California accounting company has announced it is packing up and moving operations to Jackson Hole. FILE PHOTO

JACKSON, Wyo. — William Wecker and 20 employees are relocating from California to Jackson. But their business has nothing to do with tourism or real estate. He has what is called a location-neutral business, though location has everything to do with his decision to move to Wyoming.

"We happen to be a company that can do our business from anywhere in the world," he said. But while Wyoming's reduced taxes and less stringent regulations played a part in his decision to relocate to Wyoming, Jackson Hole's attractions were crucial, he said.

"There are few places with the attraction of Jackson Hole," he said. "It has a small-town nature in a magnificent setting that also has a world-class airport and a high-quality school system."

The Jackson Hole News&Guide explains that the company bills itself as providing "statistical and mathematical consulting services" and "data analysis," primarily for pharmaceutical companies. The company reviews the efficacy and potential side effects of drugs that companies are trying to bring to market.

Most of the company's 20 employees have doctoral degrees in mathematics or master's degrees from prestigious schools such as the Massachusetts Institute of Technology.

"The company is an example of how some business leaders in the valley are successfully pitching Jackson to attract new jobs from industries that don't require much more than a good airport and a fast Internet connection," said the newspaper. Except, in this case, the company found Jackson Hole on its own.

EAGLE, Colo. — While the Great Recession certainly stopped the building and population boom in its tracks, developers continue to think that the market will pick up again for new housing product.

A case in point is a project mid-way between Vail and Eagle, at a hamlet called Wolcott, which is hard by Interstate 70 and the Eagle River. Plans have been afoot for development of the raw land there for decades, but Eagle County commissioners are reviewing the final iteration for what would yield 577 residential dwelling units.

The broader expectation is that population growth will resume. Eagle County grew at between 60 and 90 per cent per decade after the Vail ski area opened in 1962, finally slowing down to just 25 per cent in the first decade of this century.

ASPEN, Colo. – Aspen is a place with a committee for almost everything. It now has a "next generation advisory board" that is intended to represent the interests of 20- to 40-year-olds to the city government.

The Aspen Daily News explains that the idea came out of focus group sessions held in 2011, combined with the city council's goal of doing more to engage the younger demographic.

"If you ... see who is coming to (city council) meetings, it really is that older demographic," said Mitzi Rapkin, community relations director for the city government.

"It would be easier to say (the younger generation) is just apathetic, but I don't believe that."

What could they have possibly been thinking?

GEORGETOWN, Colo. — Privately, and publicly, too, people are saying that the five victims of an avalanche they provoked near Loveland Pass absolutely should have known better. They violated every rule in the book.

It was, said one mountain town newspaper editor, like being warned that if you went into a bar, there would be a moderate chance of a knife fight — and going in anyway.

But in Crested Butte, which was more or less home to two of the victims and the lone survivor, softer words of remembrance were used. The two victims were "fixtures in the snowboarding and skiing communities," and one had a fiancé. "The sorrow being felt in this community and beyond is incomprehensible," said the Crested Butte News.

Why? Why did this have to happen? Obviously, it didn't. The Colorado snowpack is often unstable during winter, but this year had a particularly weak base. Spring brings compaction, but the storms that delivered heavy snow in mid-April further ran up the odds of avalanches.

Further evidence of the risks had been delivered just two days prior to the gathering of five snowboarders and one skier. A snowboarder died on Ptarmigan Hill, south of Vail Pass, after being snowmobiled to the top of a north-facing slope called Avalanche Bowl.

With that fact along with its analysis of snow physics, the Colorado Avalanche Information Center warned of the instability, especially on steeper, north-facing slopes near timberline. The gathering had been called, at least in part, to celebrate increased awareness of avalanche safety.

Whatever were they thinking, marching into the mountain side, below a slope of 41 degrees was like walking in the dark through a room known to have loose cobras.

Responding to that obvious question, The Denver Post points to a 2004 study by avalanche researcher Ian McCammon, who studied 715 avalanche accidents from 1972 to 2003.

McCammon identified six human factors in more than 95 per cent of the accidents. For example, consistency, in which sees people sticking with original assumptions and ignoring new information about potential hazards. Or something called the "expert halo," in which group members ascribe avalanche safety skills to a perceived expert, who may lead the group without those skills, reported the Post's Jason Blevins.

Then, there is the social facilitation, which sees groups tending toward riskier decisions, and scarcity, or the "powder fever," that can overwhelm backcountry travelers hunting for deep, untracked snow.

MAMMOTH LAKE, Calif. — After a year in mothballs, June Mountain ski area will reopen next winter. Ski Area Management reports that Rusty Gregory, chief executive of Mammoth Mountain, which owns June, told a recent gathering that the resort will target families and entry-level skiers and snowboarders. The ski area may also get a new lift and snowmaking upgrades.

JASPER, Alberta — Rutting season for elk comes in autumn, but for motorists in mountain towns, it comes in spring.

"It's that time of year again when driving home feels a bit like a video game, as you swerve around pothole after pothole in an attempt to reach your destination with a fully functioning vehicle," observes Jasper's Fitzhugh. But Jasper has a machine called a Roadpatcher, which has been "quickly filling all of those landmines," says the newspaper.

KREMMLING, Colo. — A hedge-fund manager who owns a ranch along the Blue River, just south of Kremmling, has donated $4 million to road work that would be designed to reduce collisions with deer and other wildlife.

Paul T. Jones II of Greenwich, Conn., owns the Blue River Ranch, and he had previously donated $945,000 to kick-start improvements to Colorado Highway 9. The road is a key link between metropolitan Denver and Steamboat Springs, but it is also considered to be among Colorado's most dangerous for motorists because of wildlife movement.

In the last 20 years, the Colorado Department of Transportation reported 16 people died and 191 people were injured in the stretch of highway that would be rebuilt.

C-DOT plans a wider and straighter highway, but also five underpasses and two overpasses, all designed to allow wildlife to migrate without crossing the road. The overpasses would be the first of their kind in Colorado. Eight-foot-tall fences along the highway would funnel wildlife toward the crossings and underpasses.

The entire project would cost $46 million, but the local component would be $9 million. An additional $4.43 million is needed to meet that goal.

Local fundraising is being pushed by a committee called Citizens for a Safe Hwy. 9 Committee, which is led by Mike Ritschard. "Too many of us s have lost loved ones or seen them injured in accidents involving wildlife on that highway," he told the Sky Hi Daily News. He lost his parents, Gene and Mimi, in an accident in 1985 when the driver of an oncoming pickup truck swerved to avoid deer and smacked head-on into the Volkswagen Rabbit of the Ritschards.