Mountain News: Canary chirps but none too loudly 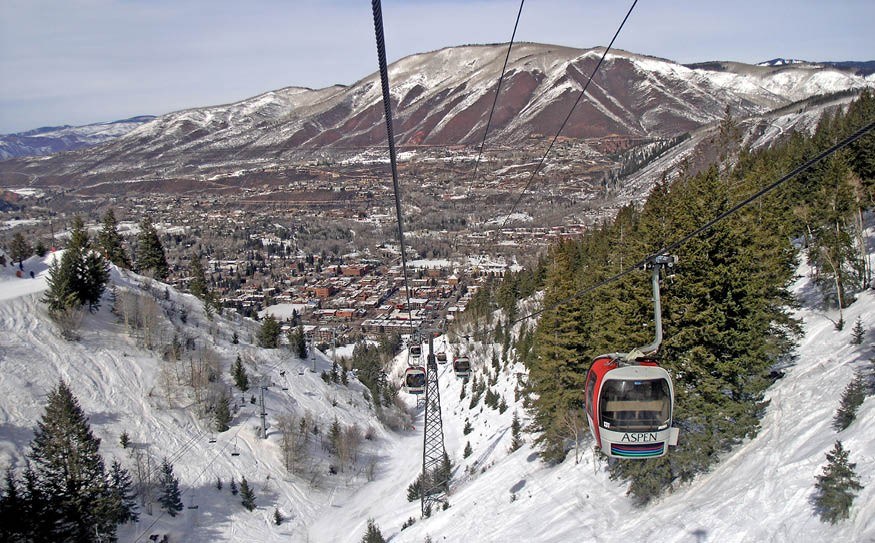 ASPEN, Colo. — In 2005, the city of Aspen released a climate-change manifesto, called the Canary Initiative, which vowed to slash community greenhouse gas emissions 30 per cent by 2020.

The charter document identified Aspen and other mountain communities as the canary in the coal mine for global warming. The goal asserted then was to aggressively reduce Aspen's carbon footprint and to serve as a model.

In what could be viewed as a mid-term, Aspen certainly isn't flunking but it has a ways to go. It has reduced greenhouse gas emission six per cent as of 2011 when compared to the 2004 baseline. Elyse Hottel, the city's environmental initiatives project coordinator, said the carbon footprint needed to be down 11 per cent by now.

In the last four years, reports the Aspen Daily News, the major gains were recorded in reduced emissions of methane from the landfill and reduced electricity. However, the emissions caused by burning of fossil fuels for air and ground transportation were up, and so were the heating and other power needs of buildings.

PARK CITY, Utah — Through the Great Recession, construction continued in Park City as several major high-end hotels were built or completed. As well, one previously completed condominium complex was converted into a Hyatt-branded hotel.

The Park Record explains that the flood of new guests at these top-dollar properties is yielding high-end real estate buyers.

"I do think we are impacting the local Park City real estate market in a positive way," said Ed Rehill, director of sales for Montage Residences Deer Valley, which is associated with one of the new top-dollar hotels.

"There is this great synergy provided by the brands here, and collectively we are bringing in a lot of new buyers to Park City who otherwise would not have come. They would have gone to Aspen or Vail or somewhere else," he added.

Branding matters, say developers."When we compared Park City to other similar quality places in Colorado and in Canada, we noticed there were a lot fewer branded projects than there are in some of those other places," said Cory Williams, a partner in the SDI Realty Group, a Salt Lake City-based resort and commercial development company that allied its condominiums with Hyatt. "The market wanted branded residences versus the one-off boutiques like we had."

Operators not only bring the brand names, but also have a sizable amount of money dedicated to marketing and advertising. Half of the people staying at the new St. Regis Deer Valley had never even been in Utah before.

"There is definitely significance, having these names in town," said Bill Coleman, a Prudential Real Estate Broker and long-time resident of Park City, "especially when you put it into a larger perspective, the fact that we are a ski town trying to become famous, and world famous at that."

He added: "In the 42 years I have been here we just didn't have that added benefit. Now there is a whole new clientele we weren't getting before. It was a big deal, and it still is."

TELLURIDE, Colo. — The old-timers are often seen as being in conflict with the newcomers in the ski towns of the west. But in Telluride, which is celebrating its 40th anniversary as a ski resort, the miners were very happy to see the ski lifts arrive.

Telluride's mining history went back to the 1880s, and for a time the mining paid plenty of bills and built some fabulous-looking houses. By the 1960s, though, the town was on a downhill slide. The last bank had closed and the final few hundred residents wondered how long they could afford to stay. Ores were being depleted.

According to a story in the Daily Planet, those locals included William "Senior" Mahoney, who had grown up skiing and had his own ideas of starting a ski area. Such ideas had been floating around since the late 1930s, about the time that commercial skiing began at Aspen, Berthoud Pass and Winter Park.

But none of the ideas floated during the early post-World War II era got anywhere. They needed money. It took the persistence of Joe Zoline, a Chicago-born son of Russian immigrants, to make things happen. The executive vice president and treasurer for Hilton Carte Blanche, he was vacationing in Yellowstone National Park when he heard about Aspen.

In Aspen, he fell in love with mountain towns, so much that he bought a ranch adjacent to the town. Soon, he learned about the plight of Telluride. Lands used for sheep ranching were in danger of being subdivided into 35-acre ranchettes. Zoline resisted diving into a new project, family members tell the Telluride Daily Planet, but at length he agreed that somebody needed to make the ski area happen. He did.

Mahoney was the first company hire, and Johnnie Stevens, who had also grown up in Telluride, came soon after. Both remained as key figures in skiing and other resort operations until relatively recently, and they say it's been almost entirely good.

"We were finally transitioning from a mining town," Stevens says of that pivotal time in the 1970s. "We were living the dream."

At times, there has been squabbling, but not about the long-term vision, says Stevens. And he stressed the teamwork needed to achieve success.

"I think on most counts we've done a very, very good job. A lot of people think this was luck, and it wasn't luck. It was collectivism."

For Mahoney, the ski area was what he had always wanted. "I've had a dream of having a ski resort here since school, and thank God we got one," he said.

TELLURIDE, Colo. – Film crews were in Telluride late this fall to shoot videos for three commercials for Coors beer that will be broadcast beginning in spring. Tim Territo, of Telluride On Site Productions, which helped bring the shoot to the San Juan Mountains town, said the project yielded about a half million dollars of spending in the town.

The narrative of one commercial, he said, involves the purchase and renovation of a bar, while another centres around a group of friends building a cabin. Sites used included the New Sheridan Bar, the Floradora Saloon and the Last Dollar Saloon.

high-speed rail dreams in the I-70

SILVERTHORNE, Colo. — Visions of a high-speed rail for Colorado's Interstate 70 corridor were on display last week as eight of 10 companies laid out their specifications.

About half propose to use magnetic levitation, an old technology that is now in use in a high-speed train in Shanghai, China. One company proposes to use electric power to push rubber tires on a guideway, while another company envisions a suspended monorail.

In inviting applications, the Colorado Department of Transportation said that the proposals had to be fast — or at least faster than cars. That's 65 mph when the highway is unencumbered by snow or heavy traffic. On Saturdays and Sundays in particular, but increasingly on other days of summer and winter, a 60-minute drive from Summit County to Denver can drag to two, three or even four hours.

The minimum speed purported by any of these technologies is 80 miles per hour, but many say their vehicles would be able to achieve speeds of 150 miles per hour, and even faster, according to a document released by the Colorado Department of Transportation.

When will any of this happen? Who knows. In June 2011, C-DOT issued a document that calls for continued investment in the existing highway system, to increase the number of vehicles it can carry, by reducing bottlenecks.

But the document also articulated a plan to begin evaluating some kind of rail-based mass transit to be implemented sometime during the next 50 years. State officials tell the Summit Daily News that study of financing arrangements could begin next year.

Even the cheapest of the proposals calls for a staggering capital investment of at least $15 million per mile. Others range up to $458 million a mile. That's $1 billion and up for the segment between Denver and Vail. However, a previous study estimated $15 billion for the corridor. By comparison, the C-DOT's annual capital construction for all of Colorado is $1 billion.

Meanwhile, work is now starting on a project that will lessen but not eliminate an existing bottleneck. Widening of the Twin Tunnels, located 30 miles west of Denver, near the town of Idaho Springs, had been estimated to cost $60 million. The project is now being budgeted for $100 million.

ASPEN, Colo. — Snow was crummy last winter in Colorado, including at Snowmass, the Aspen Skiing Co.'s primary property. But guess what, the ski company still managed to increase revenue.

Because the ski company uses U.S. Forest Service land, it is required to pay fees based on those revenues. The Aspen Daily News reports that the company paid $1.2 million in fees for revenue derived last summer and winter. That's the most in the last seven years, surpassing even a year of epic snow storms.

Dave Perry, the senior vice president of the mountain division for Aspen Skiing, told the newspaper that the revenue increase can be attributed to strong destination visitor numbers. In turn, there was strong revenue from ski school and on-mountain restaurant operations.

Across the 11 ski areas in the White River National Forest, which also includes Vail and Breckenridge, ski areas paid the Forest Service $12.5 million for operations last winter and summer. Skier numbers were down — but revenues were not.

The moral of the story: snow matters, but it's not everything.

EAGLE, Colo. — Thanks to the gambling instincts of Coloradans, the public will have more places along the Colorado River to get their feet wet without infringing on private property.

With a $3.9 million grant from Great Outdoors Colorado, the agency that allocates lottery proceeds, Eagle County Open Space purchased a conservation easement on a 1,000 acre ranch that straddles the Colorado River. This is northeast of Glenwood Canyon, or an hour's drive from Vail.

Along with another acquisition, 3.7 miles of Colorado River frontage will be protected, according to a press release from Eagle County.