KEMMERER, Wyo. — Slowly, bit by bit, the energy system that spews carbon dioxide into the atmosphere so prodigiously is being replaced.
Apr 6, 2016 6:00 PM By: Allen Best 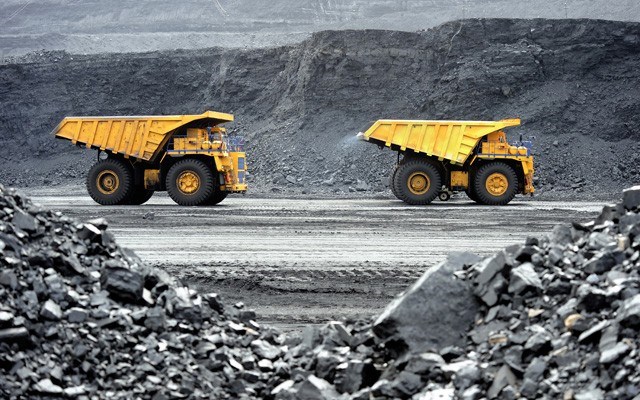 MINE MISHAP A coal mine in Wyoming with ties to western ski resorts is being shut down due to sulphir oxide emissions. Shutterstock photo

KEMMERER, Wyo. — Slowly, bit by bit, the energy system that spews carbon dioxide into the atmosphere so prodigiously is being replaced. Consider a coal-fired power plant in southwestern Wyoming that has connections to both Park City and, in a different way, to Jackson Hole.

PacifiCorp — parent of Rocky Mountain Power, which serves Park City — had to make changes in one of the three units at the plant near Kemmerer to reduce emissions of sulphur oxide, which cause hazy skies and can harm human health.

The company could have done so by replacing the 330-megawatt coal-burning unit with one that burns natural gas. Natural gas has become abundant and, according to the U.S. Energy Information Administration, natural gas has less than 0.0005 per cent of sulphur compounds compared to 1.6 per cent for coal.

Instead of switching to natural gas, at a retrofit cost of $160 million, PacificCorp has now decided to just shutter the unit. The cost was an issue, said Paul Murphy, a spokesman for Rocky Mountain Power in Salt Lake City, but so was energy efficiency.

The utility is not seeing reduced demand, but the growth of demand has slackened greatly as energy efficiency measures have begun to take effect. The utility expects new efficiency measures to reduce demand from what it would otherwise be. In other words, 87 per cent of demand can be met in the next decade by figuring out how to more efficiently use existing electricity. That will prevent the need for another major power source for another decade.

This fits in with Park City's goals. The city council there recently adopted a goal of the city government becoming net zero in carbon emissions by 2022. The resolution also calls for the community to achieve that same goal by 2030. Concerns about climate change and rising temperatures were cited as justification.

What exactly is required to achieve net-zero carbon status was not made clear in materials provided city council members. Electricity production in the United States was responsible for just 31 per cent of total greenhouse gas emissions in 2013, according to the Environmental Protection Agency, followed by transportation at 27 per cent and industry at 21 per cent. The commercial and residential sector was responsible for 12 per cent and agriculture nine per cent.

As for Jackson Hole, it has a connection to the Kemmerer power plan in this way: The Kemmerer family that owns the Jackson Hole Mountain Resort came from coal and iron mining in Pennsylvania and West Virginia before the family diversified to Wyoming in the late 19th century. Kemmerer, located 257 kilometres southwest of Jackson, was named after the family, as was the coal mine that still supplies the power plant.

The family, however, sold their coal assets in 1981.

JACKSON, Wyo. — Do wolves kill only what they can eat? It would seem not. The Jackson Hole News&Guide told of a pack of wolves that got into an area south of Jackson, along the Hoback River, where elk were being fed. In all, 19 elk were killed by the pack in just one night, all but two of them calves.

Mike Jimenez, wolf management and science coordinator in the northern Rockies for the U.S. Fish and Wildlife Service, told the newspaper that he has seen wolves killing more than they can stomach before, but not that many.

Jimenez speculated that spring snow conditions or weakened elk may have played a role in the high number of killings.

Wolves are a federally protected species in Wyoming currently, and Fish and Wildlife policies don't allow lethal responses when wolves prey on other wildlife.

As many as 75 of the 1,000 elk in what is called the Hoback herd have been killed by wolves this winter.