Chicago remains covered by snow, but ski areas have been tossing in the towel on the warm and snowless West Coast.
Mar 25, 2015 6:00 PM By: Allen Best 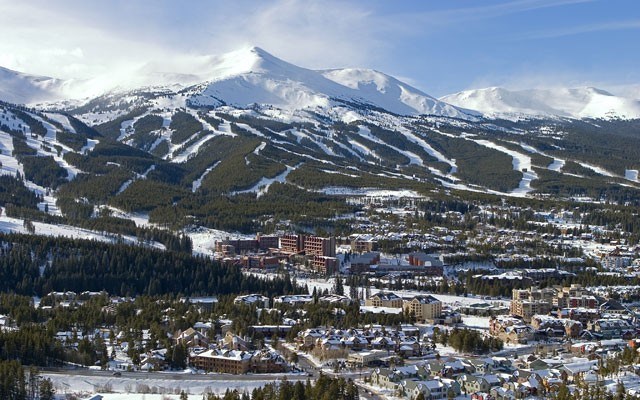 Chicago remains covered by snow, but ski areas have been tossing in the towel on the warm and snowless West Coast.

Among the 20-some ski areas in the West to close early this season are Sugar Bowl Resort, Sierra-at-Tahoe, and Homewood, all in the Lake Tahoe area. Washington State's Mount Baker remains "temporarily suspended," as it has been since March 8.

Squaw Valley, meanwhile, has begun pumping sales of its season passes for next winter with an unusual guarantee: "If you ski and ride less than five days next winter season, we'll credit you for unused days on your next pass."

The Sierra Nevada has received only one-third of the natural snowfall in this fourth and perhaps worst year of drought. In parts, such as the central Sierra, snowpack measured at just 13 per cent of average.

Now, newspapers are conjecturing about life after skiing if, as climate models predict, rain replaces snow more frequently in the future.

The trend has been ongoing since 1980 and isn't going away, says Mike Anderson, state climatologist at the California Department of Water Resources.

"We definitely have an expectation for warmer temperatures," Anderson told the Sacramento Bee. "So years like this winter will definitely become more the norm instead of being the outlier."

The somewhat trite response is that ski resorts have to expand their offerings, to become more year-round resorts. Newspapers on both sides of the Sierra Nevada approached this angle, and found plenty of people willing to talk about how magnificent mountain towns were during summer months.

The Bee pointed to investments in essentially non-skiing infrastructure. Vail Resorts is investing in zip lines and other summer attractions at Heavenly, for example. Boreal Mountain Resort several years ago opened a 3,065-square-metre indoor recreation facility.

Actually, this began long ago. In the 1980s, snow hills scrapped the name "ski area" in favor of "resort."

As for mountain towns, some have summer economies as vibrant as those in winter. In California, Truckee is near several ski areas but at the base of none. It has a larger summer draw than in winter, with shoulder seasons growing in length, reports Tony Lashbrook, the town manager.

In Colorado, sales tax revenues for the six non-skiing months surpass those of winter in Telluride and Crested Butte.

Vail has also become extremely busy in summer, and lodges are frequently full in July and August. But room rates? That's another matter. About 70 per cent of Vail's sales tax revenues arrive during the six months of winter. People pay top dollar to slide down the mountain.

Vail Resorts doesn't see this fundamentally changing. The company was at the forefront of the ski industry's efforts to gain broader liberties or provide non-skiing amusements on national forest lands. It is now spending $25 million to provide zip lines and other activities at Vail, Breckenridge, and Heavenly, with other lesser investments planned at other ski areas.

What will Vail get out of this? Speaking with Mountain Town News two years ago, Vail Resorts' Blaise Carrig said the company does not expect summer to ever rival winter.

"Winter revenues are dramatically greater for our company, and they always will be," said Carrig, the president of the company's mountain division. "What we are hoping for is that we can grow our summer business to significantly reduce or eliminate the loss quarters (of summer and fall)."

BANFF, Alberta — GoPro video cameras have been used for many applications, but this one may be new. As part of a $1-million study, the tiny cameras have been affixed to the front of Canadian Pacific locomotives chugging through the Rockies.

Trains have been the No. 1 cause of death of grizzly bears in Banff and Yoho national parks. Especially during spring and fall, the bears gravitate toward the railroad tracks. At least in some cases, they find corn spilled from passing trains. But they also find vegetation to browse.

Researchers tell the Rocky Mountain Outlook that the bears respond to trains in several ways. Some bears scamper as soon as they see trains approaching, while others leave the tracks at the last moment. Others begin to flee along the tracks, as if they could outrun the trains.

The same study had allowed researchers to create a much more detailed census of Banff's 60 to 65 bears, including family trees.