CANMORE, Alta.—Banff and the Bow Valley get their fair share of people dying young, mostly the result of climbing accidents and other outdoor activities.
Jan 22, 2019 1:00 AM By: Allen Best 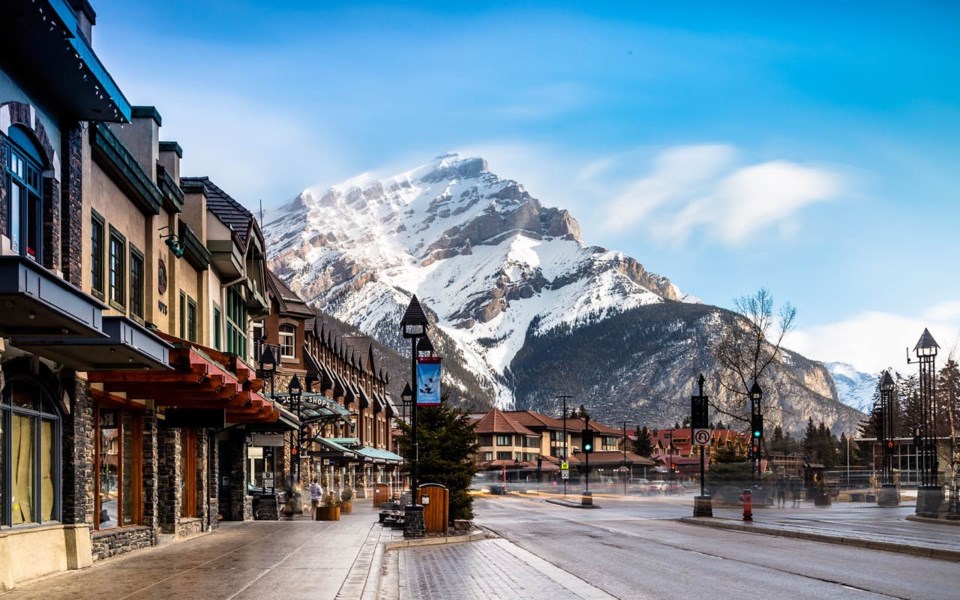 Since 2016, three people have died from opioid poisoning and many more have been admitted to local hospitals for treatment in Banff and the Bow Valley. Shutterstock

CANMORE, Alta.—Banff and the Bow Valley get their fair share of people dying young, mostly the result of climbing accidents and other outdoor activities. But since 2016 three people have died from opioid poisoning and scores more have been admitted to local hospitals for treatment.

In Banff, at least 10 people have been hospitalized or visited the emergency room each year since 2015 because of opioid use. Down-valley 20 minutes at Canmore, at the entrance to the park, the count is a little higher.

Almost all opioid poisoning deaths are now related to fentanyl. In the first half of 2018, reported the Rocky Mountain Outlook, fentanyl accounted for 92 per cent of all opioid-related deaths in Alberta.

In recent months, the RCMP seized drugs that contained fentanyl as well as carfentanil, a synthetic derivative considered 100 times more deadly than fentanyl.

Local police said that it could be worse. "We know that a lot of the drugs that are being sold here originate either from Vancouver or from Calgary, and we see what's happening in both of those communities in terms of opioid overdoses and death. "Why we're not seeing it as large here, I don't really know," said Staff Sgt. Mike Buxton-Carr.

But it can take just one bad batch of drugs in a community to create devastation, he added.

STEAMBOAST SPRINGS, Colo.—Smartwool was founded in 1994 by two ski instructors in Steamboat Springs who figured out that merino wool could be used to produce warm, moisture-wicking clothing that is neither itchy nor stinky, as wool can be.

In time, Smartwool became a semi-big business, capturing 55 per cent of market share for its products, mostly socks but also other sporting goods items. As smooth as silk, said one product review.

Though the manufacturing never was done at Steamboat, the headquarters remained there even after the company was sold first to a larger company in 2005, then to an even larger one, VF Corp. in 2011.

VF Corp is now consolidating offices for its various brands in Denver's trendy lower-downtown neighbourhood. They include The North Face, Altra, JanSport, and Eagle Creek. With this move, Steamboat will lose 90 employees. The new corporate headquarters will have 800 employees.

The location in Denver is just a few blocks from the headquarters for the Alterra Mountain Co., which owns the Steamboat ski area. Alterra chose Denver for its headquarters because ski towns are too expensive. That seems to be part of the logic for the clothing manufacturer. A representative of Smartwool told the Steamboat Pilot that Denver's transportation network was a factor. It's a few blocks from Union Station, the flight, rail, and bus hub for the metropolitan area.

"There are a lot of positives in that particular area, and it's a really vibrant part of the city," said Molly Cuffe, the company's director of global communications.

Busyness and nastiness at trailheads

CRESTED BUTTE, Colo.—Backcountry trailheads near Crested Butte have been getting congested, more commonly in summer, but now in winter. Too, there's been some nastiness.

The Crested Butte News reported that Marlene Crosby, the deputy county manager in Gunnison County, told elected officials there that people have been using bigger trailers and other toy-haulers and also leaving snowmobiles at the trailhead overnight. The situation is particularly nettlesome just outside Crested Butte, where the road over Kebler Pass is unplowed during winter.

A majority of trailhead users, accept the good intentions of the county staff attempting to create order amid the chaos, "but there are those in that community that are brutal and vicious," she said.

Mention was made of the effort along the Interstate 70 corridor, where Vail and other local towns as well as Eagle County have offered to chip in to funding Forest Service personnel to better manage the trailheads and other portals to the backcountry.

Within Crested Butte, Christmas was a happily crazy time. Phone calls got dropped, the internet was slow, and lines at the post office were extraordinarily long—all a reflection of a ski town being a ski town, said Mark Reaman, the newspaper's editor.

Still, he can't help observing that it would be nice to spread out the busyness more smoothly in January and February. He's had that wish for about as long as there have been destination ski towns.