GOLDEN, Colo. — Rattlesnakes can be found at elevations of up to 2,900 metres in Colorado. That's higher than nearly all ski towns. But you don't find rattlesnakes among the ski lifts.
Oct 18, 2017 6:00 PM By: Allen Best 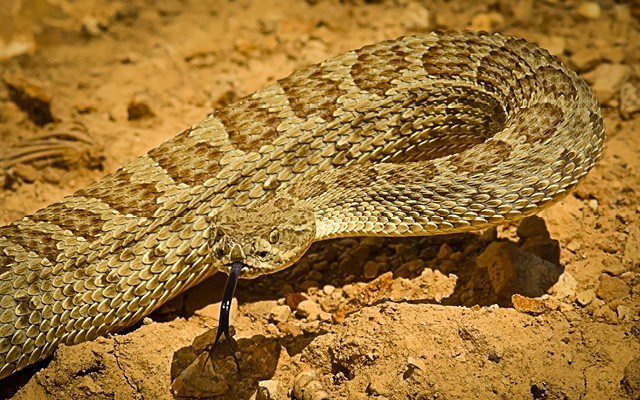 GOLDEN, Colo. — Rattlesnakes can be found at elevations of up to 2,900 metres in Colorado. That's higher than nearly all ski towns. But you don't find rattlesnakes among the ski lifts. As a practical matter, most ski towns are too cold and wet for rattlesnakes.

Along the Front Range, where the Great Plains rise abruptly into the Rocky Mountains, they're common enough, if rarely seen. The Mount Galbraith trailhead near Golden, west of Denver, warns hikers of bears and mountain lions, but not rattlesnakes.

But a rattlesnake, the most venomous of reptiles in the United States, is what killed 31-year-old Daniel Hohs on Oct. 7. He was a statistical anomaly. Snakebites are somewhat common, but only five or six fatalities occur per year in the United States, mostly in warm-weather states. Florida is the leader.

Hohs was bitten on the ankle by a 1.2-metre long snake as he hiked. A physician in the area was summoned to the scene, but it took 22 minutes for paramedics to arrive and more time yet to get him to a nearby hospital, where he died.

From Chicago originally, he had a compelling story. The Chicago Tribune described his first major depressive episode just before he enrolled in engineering school at the University of Michigan in 2004.

"I spent over three months torturing my brain, struggling to succeed in school, masking my emotions, and dealing with what I thought was stress," he later wrote in an essay called "How Endurance Sports Saved My Life." It was published on the ActivePerformance.org website.

Another episode in 2005, two weeks before his sophomore year, caused him to be awake for three days straight. He ended up in a hospital, where he was diagnosed with a bi-polar disorder, also known as manic depression.

"I spent the next nine years learning that my alternative brain chemistry is not a disorder and it is not an illness; it is a unique part of me that gives me strength and individuality in so many ways."

Endurance sports helped him gain this knowledge, he continued. He graduated with a degree in industrial engineering in 2009 at Michigan. His father told the Tribune that he was on a championship ski team there. He then began competing in ironman triathlons before moving to Steamboat Springs.

Steamboat Today reported Hohs has been training with Heather Gollnick's IronEdge triathlon team. "Dan was so vibrant," she said. "He had this huge smile and this energy that just made you happy. It was contagious to everyone." She called him "just one of those really decent human beings."

Some 8,000 to 10,000 snakebites occur each year, of which about a third are venomous, according to a 2015 report by Linda Sanders, a physician at Temple University. Pit vipers, which include rattlesnakes, make up 75 to 80 per cent of venomous bites, said the report, "Management of Venomous Snake Bites in North American," which was published in emDocs.

The fatality rate for rattlesnake bites is somewhere around 15 per cent for non-treated ones and roughly two per cent or slightly less for treated ones.

What exactly caused Hohs to die when treatment was administered relatively quickly is unknown. An autopsy will take another month or so.

Colorado does not have precise mapping of where rattlesnakes are found, but they're rarely, if ever, found at higher, cooler elevations with abundant precipitation. There have been reports at Steamboat Springs, but not upstream of Glenwood Canyon, meaning Winter Park, Breckenridge, and Vail are safe. But Durango has rattlesnakes, with reports in the state database of sightings near Hesperus, west of Durango (and site of a small ski area).

Will the warming climate change where rattlesnakes are found? Aspen and Vail, with elevations of 2,400 metres, aren't much higher than the site near Denver where the fatal bite occurred.

Tina Jackson, species conservation coordinator for Colorado Parks and Wildlife, said modelling suggests new territory for higher elevations as temperatures continue to warm. But it all depends upon changing precipitation, and at this point, models remain unclear whether Colorado will get more precipitation — or less.