DENVER, Colo. — The fundamental story in the ski industry for the last 15 years has been how companies will compete with Vail.
Aug 22, 2012 9:00 PM By: Allen Best 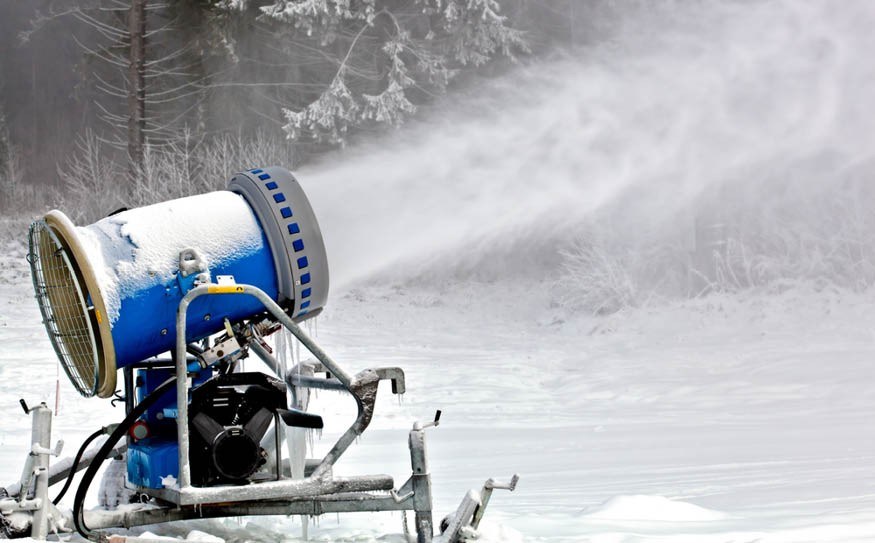 DENVER, Colo. — The fundamental story in the ski industry for the last 15 years has been how companies will compete with Vail. The new Mountain Collective pass announced last week by Aspen, Jackson Hole, Alta and Squaw Valley can be seen as a response.

Costing $349, the pass offered two free days at each of the four resorts, after which pass holders are entitled to purchase lift tickets at a 50 per cent discount.

Rick Kahl, editor of Ski Area Management, called it a "really smart move" on the part of the four ski area operators.

"You have these sort of iconic ski areas on the same ticket. It's a relatively inexpensive way to ski two of the four, and if you ski three of them, you're in fat city."

It's also an obvious response to the Epic Pass offered by Vail Resorts. That pass, which costs $659 for the full national benefits, allows buyers unlimited skiing at the four ski areas owned by Vail in Colorado plus Arapahoe Basin, a close ally, and the three ski areas now owned by Vail in California.

Inside the ski industry, the Epic Pass has been seen as a home run for Vail Resorts. It has allowed the company to lock in customers the summer before, evening out income — and delivering revenue even in low-snow years, such as last winter.

The idea of discounted season passes didn't originate with Vail, however. That distinction goes to Idaho's Bogus Basin. With a big ski area and too few skiers, the ski area saw that less could be more: lower season passes caused more people to buy them, and a net increase in revenue.

Colorado's Winter Park next adopted the discount strategy, and then Vail Resorts, which only a few years prior had expanded from its origins in Vail into a publicly owned company that swallowed two other ski areas in Summit County. Since then, many ski companies have toyed with passes that offered discounts, allowed greater variety, but created brand loyalties.

The Sierra Sun traced the origins of the new pass to a conversation last winter among chief executives of Squaw Valley, Aspen and Jackson Hole Mountain Resort.

The Vail Daily talked with Will Marks, who analyzes Vail Resorts for JMP Security. He said he believes the new Mountain Collective pass will have a minor impact on sales of the Epic Pass. But he said he does believe that discounted pass products are the wave of the future within the ski industry.

David Belin, a ski industry analyst for RRC Associates, a research and consulting firm, said he believed the new pass was crafted carefully so as not to cannibalize any of the resorts' client bases.

"They are leveraging each other's customers to generate interest," he told the Aspen Daily News.

Similar pass programs have also existed among smaller ski areas. For decades, the very small ski areas in Colorado have offered something called the Gems pass, which offers discounts.

More recently, Colorado's Monarch Mountain has assembled a friends-with-benefits package that now has expanded to 31 ski areas, including five smaller ski areas in Europe, along with nine in Colorado, five in New Mexico, and others in Arizona, Michigan, California, Wyoming and Utah. Also: Revelstoke and Red Mountain in British Columbia.

Horse poop and other courtesies of the trail

BANFF, Alberta — Trail etiquette is on the mind of people in the Canadian Rockies, In the Rocky Mountain Outlook is a letter from a bicycle rider, who laments the lack of common courtesy. Users need to recognize that it's a multi-use and multi-user trail, writes Cecil Lafleur of Canmore.

In Jasper, the complaint was different. Horse riders should do what dog-owners have long done on their trails, which is to stop and pick up after their waggy-tailed pals, said a self-identified newcomer, writing in the Jasper Fitzhugh.

JASPER, Alberta — Organizers of the Dark Sky Festival planned for October in Jasper National Park are looking for a correspondent who can report on the festival's activities.

The inaugural festival was held last year in Jasper, which has been designated by the Royal Astronomical Society of Canada as a dark sky preserve. A website for the event notes that while the park has exceptionally dark skies, meaning that stars can be seen, it's also accessible by highways. See www.jasperdarkskyfest.com

WHITEFISH, Mont. — From the stories in ski town newspapers in the West, you might think that Outside Magazine found groovy employers in each and every one of them to put on its list of good people to work for.

One of them was ZaneGray Group, located in Whitefish. It's a design and marketing firm, and mid-day skiing or early morning single-track rides are very much permitted, as long as the work gets done.

"We balance work with family and having a full life," said Reed Gregerson, president of ZaneRay, in an interview with the Whitefish Pilot. "It's nice to have Outside recognize what we've been doing."

CREEDE, Colo. — The San Juan Mountains will soon be alive with the sound of high-powered mining drills, with new or expanded mining ventures planned at Creede, Silverton and Ouray as the result of rising prices for metals.

Similar plans had been in the news five to six years ago. But like the saws and hammers at construction sites, they were silenced by the recession.

In Creede, a company called Rio Grande Silver is seeking support to further explore the potential of silver deposits that would justify a new portal. The exploration would yield an added payroll of 40 employees, reports the Alamosa Courier.

On the west side of the San Juans, permits are moving forward for a mill at Silverton and a mine near Ouray, according to The Denver Post. The mining at Ouray would put 70 people to work to extract lead, copper, zinc and silver.

All three towns have colorful boom-and-bust histories from the 19th century. Silver was discovered at Creede in 1883, and at one point the town had a population of 15,000. Poet Cy Warman wrote that "it's day all day in the daytime, and there is no night in Creede" during those boom years.

VAIL, Colo. — Keep the doors closed! That will be the mandate henceforth at one of Vail's most popular eateries, restaureur Kelly Liken recounts that business was wrapping up at about 10 p.m. on a recent hot, summer night when a big black bear wandered into the building lobby. A bartender glanced into the lobby, thinking he was seeing a large dog.

As the lingering diners were herded toward the kitchen, the bartender made loud, unfriendly noises, which caused the bear to leave. The working hypothesis was that the bruin had apparently been drawn by the smell of garbage from nearby homes in the building. Couldn't have been the odours from Vail's best-known restaurant, could it?

Walsh is a guitarist for the Eagles, a band that in 1971 tightened up its sound by playing a month-long stint at a now-defunct bar at the base of Aspen Mountain. That was in 1971, just before the band recorded its debut album.

Since then, notes the Daily News, Aspen has evolved "from a long-hair Mecca of soft snow, hard drugs and casual sex into a playground of the 1 per cent." Despite the changes, Aspen remains the same at the core, Walsh said.

And that was also the message from Albright, the U.S. secretary of state from 1997 to 2001. Born in Czechoslovakia, her father, a diplomat, moved her family to Denver when she was a teenager. She began visiting Aspen in the 1950s, and has returned regularly through the years — routinely two weeks at Christmas, and two more in summer.

"Seeing her in person, it's hard to believe this slight-of-stature, 75-year-old grandmother of six was once called an 'unparalleled serpent' by Saddam Hussein and is considered by many to be one of the roughest women in the world," says the Daily News. "By the way, she can leg press 450 pounds."

She also defended the Aspen Institute, which sponsors think tanks that bring together intellectuals from around the globe. Critics, notes the Daily News, say such talk-fests produce little in terms of tangible results

Albright is having none of it.

"The purpose of it is to find a way you have a civilized discussion with different points of view," she said. "It's a very valuable place to be able to have that kind of discussion, and people shouldn't feel that isn't important."

Also gabbing about world affairs in Aspen last week were Tom Friedman, the New York Times columnist (who has a place in Aspen), and local resident Amory Lovins. Their topic: climate change.

"One party has the completely wrong convictions, and the other doesn't have the courage of their convictions," said Friedman, who said that climate change should be a priority issue for the United States.

Lovins, founder of the Rocky Mountain Institute, also said that other countries have surpassed the Untied States in the transition from fossil fuels. Portugal climbed from 17 per cent renewable energy in 2005 to 45 per cent in 2010, while the U.S. rose from nine per cent to only 10 per cent during the same timeframe.