KETCHUM, Idaho — The Sustainable Trails Coalition wants to amend the Wilderness Act of 1964 to allow mountain bikes and, as needed for trail construction and maintenance of trails, chainsaws and wheelbarrows.
Feb 10, 2016 5:00 PM By: Allen Best 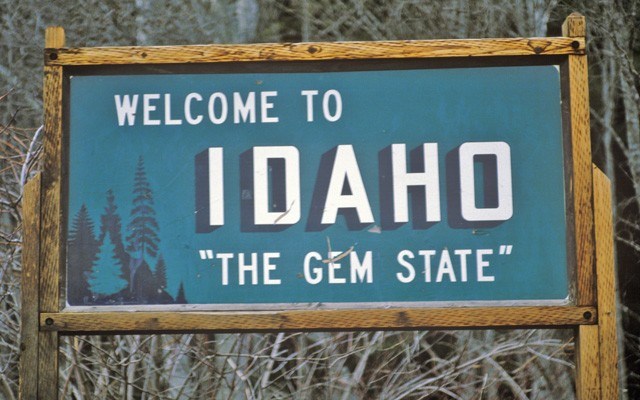 SPINNING WHEELS A recreation group in Idaho is pushing for the lift of a ban on mountain bikes in wilderness areas.

KETCHUM, Idaho — The Sustainable Trails Coalition wants to amend the Wilderness Act of 1964 to allow mountain bikes and, as needed for trail construction and maintenance of trails, chainsaws and wheelbarrows. Neither are allowed because of the 1964 law banning mechanized and motorized access.

Group representatives told the Idaho Mountain Express they have raised about 80 per cent of the $125,000 needed to hire a Washington D.C. lobbyist. And it has a name for its proposed law: the Human Powered Wildlands Travel Management Act.

But while the group has John Bliss, the president of the International Mountain Bicycling Association, on its board of directors, it does not have the IMBA's support. A spokesman said the IMBA is concerned that efforts to amend the Wilderness Act would disrupt the "slow, steady successes" achieved with public lands managers, who do not seem to favour laws excluding bicycles from designated wilderness.

"Snowball's chance," said one commentator on the newspaper's website, noting the group hadn't even secured a congressional sponsor.

BUENA VISTA, Colo. — Colorado's first ever avalanche fatality of a motorized snowbike rider occurred this month, and it was probably just the second in the United States.

The Colorado Avalanche Information Center said the slide was too small to knock over a shed or a tree, but it had enough force to bury the 58-year-old victim under about two metres of snow. The slide occurred Feb. 6 near the summit of Cottonwood Pass, located between Buena Vista and Crested Butte in central Colorado.

A snowbike is an off-road motorcycle that can be covered to travel on snow by replacing the rear wheel with a narrow, snowmobile-like track and putting a ski on the front. Last year, Polaris Industries — the maker of snowmobiles — purchased Idaho's Timbersled, a market leader in the blossoming industry.

The first snowbike avalanche death occurred in Montana in 2012. Brock Bolin, who has a dealership in Kalispell, told the Denver Post that he has sold more than 120 Timbersled snowbike conversion kits in recent years. He said the bikes can traverse steep slopes that would be difficult for a snowmobiler.

"That poses a concern for me as a retailer knowing that a person who might be more of a dirt biker without much snowmobile experience can walk into the shop, buy this thing and get onto crazy avalanche slopes in less than 20 minutes," Boline said.

The Colorado avalanche occurred on a 36-degree slope. Experts say the slopes with the greatest potential to slide are those of 30 to 45 degrees.

sOaring Aspen rent prices: where will it end?

ASPEN, Colo. — Space in one of Aspen's most prominent business coalitions will be vacated after September, and owners want $300 per square foot. If they get it, reported the Aspen Daily News, Aspen may have a new gold standard. One real estate broker told the newspaper it might be a new high-water mark, but that can't be known for sure "because so many leases are not public."

Clearly, Aspen is booming. With booms come noisy construction sites. The Aspen City Council has approved new rules that cap noise from sites at 70 decibels during summer, although companies can still go to 80 decibels during winter.

The Daily News explained that temporary sound-blocking walls can be used to dampen the sound. When driving micropiles into the ground to stabilize excavation sites, the sound can reach 95 to 110 decibels.

Two additional seasonal construction mitigation officers were hired last year and will again be at their duties this summer.

Taking stock of his property tax assessments, Aspen native and octogenarian Jim Markalunas sighed with mild indignation. "If you are a longtime local, trying to hang on in Aspen with a fixed retirement income, good luck," he said in a letter in the Daily News.

"As our communities grow, so does our bureaucracy, requiring hundreds of employees and multimillion-dollar budgets," added Markalunas.

Of course, like most ski towns, Aspen's city government is fuelled primarily by sales tax, and last year was a banner year. Schools in Colorado, however, depend upon property tax.

LAKE TAHOE, Calif. — Puddles were predicted at Lake Tahoe this week, with 15 C degrees forecast for Tuesday. If that materialized, it beat the old record of 12.8 C degrees — set just four years before.

Yep, it's getting warmer — and it will get warmer yet. The Lake Tahoe News reported that Tahoe and adjoining areas can expect to see increases in temperatures by the end of this century as rain more frequently replaces snow.

The study also found the frequency of floods will increase, and so will their intensity, by as much as 20 per cent.

Bicycling to the crest of the Great Divide

WINTER PARK, Colo. — The sky was blue and the snow firm on the January day that Chad Gibbons did what perhaps nobody has ever done before. Setting out from Winter Park, elevation 2,740 metres, he pedalled his way on an old railroad grade to Rollins Pass, located at an elevation of 3,560 metres.

Keith Sanders, president of the Grand Mountain Bike Alliance, reported that it was 16 kilometres one way to the pass on a road groomed for snowmobiles.

From Rollins Pass, there's much to see: Winter Park, of course, but on the other side the university town of Boulder, sitting at the foot of the Rocky Mountains, and the Great Plains stretching out to Nebraska and Kansas.

Bennett was at Sun Valley when it was a new resort

KETCHUM, Idaho — Another of the 10th Mountain vets has passed. Nelson Bennett was 101 when he died recently and was, according to the Idaho Mountain Express, a ski legend and early innovator.

Bennett had raced for the University of New Hampshire Ski Team before graduating in 1940. That was just four years after North America's first deliberately designed destination ski resort, Sun Valley, opened for business. He arrived there and was soon appointed head of the ski patrol.

The Express explained that Bennett invented a rescue toboggan that was compact enough to fit into a backpack; the same style of device is still used today. He also helped create an early prototype of today's sophisticated trailer groomers.

In 1942, he joined the new 10th Mountain Division, which trained in Washington and Colorado before the soldiers were deployed to Italy. After the war, when he returned to Sun Valley and was a stunt double for a handful of films, most notably the 1958 movie, Lucky Goes to Sun Valley, with Lucille Ball. Later, he managed the White Pass Ski Area near Yakima, Wash. until his retirement in 1986.

PARK CITY, Utah — Was it forgetfulness — or a matter of having too much money to be bothered with the details of life?

In Park City during the Sundance Film Festival, somebody left a car running for over two hours. There are laws in Utah against leaving a running car unattended and Park City has a law against idling. The driver, who pleaded forgetfulness, was slapped with a citation for the former.

Park City also had helicopter commuters for a while during Sundance. Two companies ran helicopter shuttles, one of them operated by Uber, between Salt Lake and Park City. Although local officials shut down the operations because of concerns about safety.

The lesson drawn by The Park Record: "People are willing to pay almost anything to get to Park City."