Mountain News: It's not the first snowless U.S.Thanksgiving, nor will it be the last

With the arrival of the American Thanksgiving, Vail has had almost no snow. That's not remarkable, but the recent warm weather is. In 1962, the ski area's inaugural year, it was dry, too.
Nov 23, 2016 5:00 PM By: Allen Best 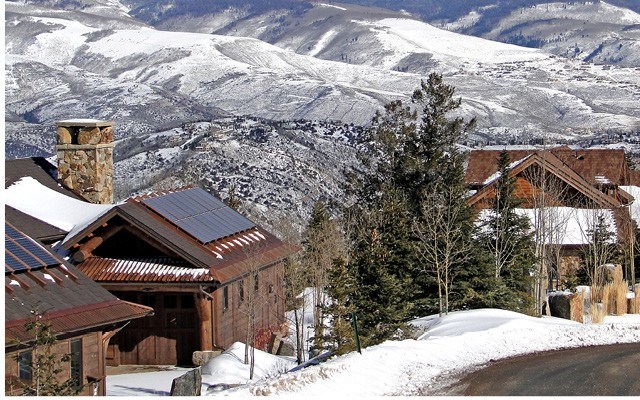 warming trend Vail, Colo., has had more slow starts to winter in recent years due to warmer than usual autumns.

With the arrival of the American Thanksgiving, Vail has had almost no snow. That's not remarkable, but the recent warm weather is.

In 1962, the ski area's inaugural year, it was dry, too. Ski area marketing boss Bob Parker got the bright idea of recruiting Ute Indians to conduct a snow dance. It did start snowing almost immediately. That was in December.

Since then, Vail has had more slow starts to winter, particularly in droughts in 1976 to 1977 and 1980 to 1981. Instead of recruiting Utes, though, Vail — like most ski areas — invested heavily in snowmaking.

Just one problem with this autumn. It's been too warm to make snow at many places. Vail delayed opening until the day after Thanksgiving. And at Beaver Creek, a few kilometres from Vail, World Cup races had to be punted. Mike Imhoff, the chief executive of the Vail Valley Foundation, the organization that puts on the races, said the venue has a "remarkably sophisticated snowmaking system. However, the cold weather did not come in time this year."

Warm weather was the problem at Telluride, too. Chief executive Bill Jensen announced a delayed opening until the Monday after Thanksgiving.

"There aren't enough snowmaking hours over the next week to 10 days to make the quantity of snow necessary to achieve our planning opening day," he said.

Indeed, temperatures in Denver last week hit 26 C degrees, a record for the date and tying the record high for November, which was set in 2006.

In Salt Lake City, it was warm, too. Even though it snowed, the temperature didn't fall below freezing. The Salt Lake Tribune noted that the city had been frost-free for 242 days, breaking a record set in 1915.

Expect more temperature records to tumble, said scientists at the National Center for Atmospheric Research in Boulder (NCAR), Colo. New research announced this week in the Proceedings of the National Academy of Sciences report Americans will see, on average, about 15 daily-maximum temperature records for every time that the mercury notches a record low.

This compares, during the last decade, with two record-high temperatures for every record-low temperature.

If temperatures were not warming, explained Gerald Meehl, a senior scientist at NCAR and lead author of the paper, the ratio of record highs to record lows would average out to about one to one.

"An increase in average temperatures of a few degrees may not seem like much, but it correlates with a noticeable increase in days that are hotter than any in the records, and nights that will remain warmer than we've ever experienced in the past," he said.

"But the numbers of those will be really small compared to record-high temperatures."

The 15-to-1 ratio of record highs to lows assumes temperatures across the continental United States increase by slightly more than three degrees Celsius above recent years. That's the amount of warming expected to occur by 2065 with the current pace of greenhouse gas emissions.

Last week, the World Meteorological Organization reported that it is very likely that 2016 will be the hottest year on record globally.

"Concentrations of major greenhouse gases in the atmosphere continue to increase to new records. Arctic sea ice remained at very low levels, especially during early 2016 and the October re-freezing period, and there was significant and very early melting of the Greenland ice sheet."

Can we adapt to higher temperatures? To an extent, yes. Snowmaking was conducted at California's Boreal Mountain Resort in July even as temperatures rose above 26 C degrees. It took a lot of energy to make the snow, but it can be done.

But as was noted in Telluride and Beaver Creek this past week, cold temperatures are needed to make snow with any great volume.

"The young people in the audience that are skiers, they're going to have a hard time getting to the base areas of Park City, Powder Mountain, Beaver Mountain, some of these lower-elevation areas," he added.

That's in the future. This winter, thought, might still be a good one. Ryan Boudreau, a forecaster with aspen-weather.net, predicted plenty of snow in the Northern and Southern Rockies in December and January.

"It's going to hammer in December. It's just a little delayed," he told the Telluride Daily Planet.

But if we continue to dump carbon dioxide, methane and other greenhouse gases into the troposphere the way we have, ski season will get a lot shorter.

ASPEN, Colo. — Denver voters decided to allow marijuana consumption in specific public places. Many voters thought that it would result in bars and restaurants allowing people to imbibe.

But in recent months, reported the Denver Post, state licensing officials adopted regulations that ban consumption of marijuana on the premises of businesses with liquor licences.

Mason Tvert, a marijuana legalization activist, called the new state liquor rule "absurd." He said the state agency was "openly fighting a turf battle on behalf of the liquor industry. They seem to think it's fine for patrons of bars and concert venues to get blackout drunk, but unacceptable for them to instead use a far less harmful substance like marijuana."

But was Tvert missing the point? Even before the Denver Post story, local officials in Aspen said that they didn't like mixing alcohol and marijuana. "It's a whole other monster we are not ready for," Linda Manning, the city clerk in Aspen, told the Aspen Daily News.

Joe DiSalvo, the Pitkin County sheriff, favoured legalized use of marijuana for recreational use but also opposed the mixing of the two intoxicants.

Meanwhile, a new report from the Valley Marijuana Council found few examples of accidental ingestion of edibles causing a problem in the Aspen area. Edibles constitute only 12 to 14 per cent of total sales.

The same report, according to the Daily News, found no uptick in teen marijuana use since sales began in 2014. However, there's been a reduction amongst both teens and adults of perception of cannabis as harmful.