WHITEFISH, Mont. – There is talk in Whitefish about creating a trade center in Calgary, to help encourage Canadians to spend their money in Montana. Plenty already do.
May 2, 2012 9:00 PM By: Allen Best 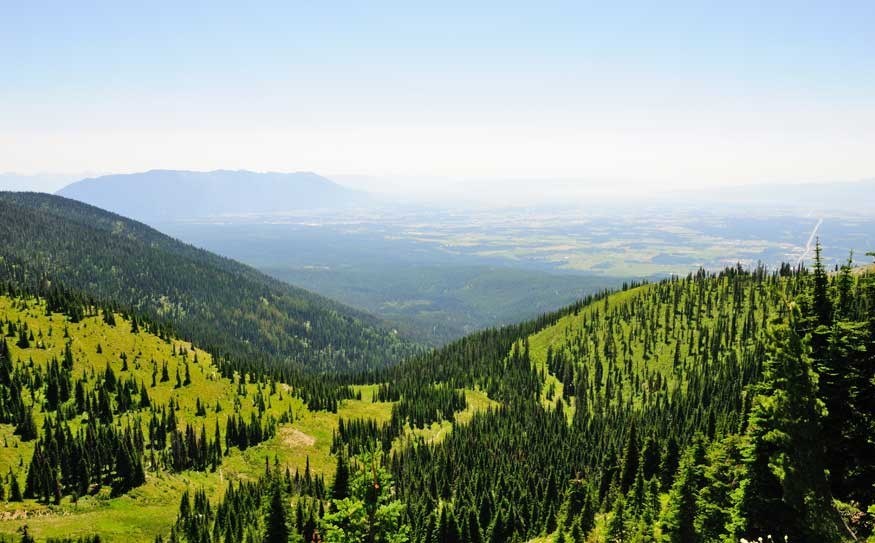 WHITEFISH, Mont. – There is talk in Whitefish about creating a trade center in Calgary, to help encourage Canadians to spend their money in Montana.

Plenty already do. Albertans, flush with bulging wallets from the oil- and gas-fuelled boom, routinely trek south to Whitefish and other communities. Some have built homes. Everybody routinely stocks up, some even towing trailers for their loot.

Hauling the goods back north across the international border has its own cost, but rules are loosening. Canadians staying 48 hours in the United States would be allowed to take $800 worth of goods home, compared to $400 previously, without special taxes.

The Whitefish Pilot reports that candidates for the Montana legislature were among those at a recent meeting called to explore the idea of a trade center in Calgary.

"Canadians have a lot of extra money, and we want them to spend money here," said Dee Brown, a businesswoman from nearby Hungry Horse, at the south end of Glacier National Park.

REVELSTOKE, B.C. – Tom Gaglardi, the president of Northland Properties, the family-based business that rescued Revelstoke Mountain Resort when its original developers floundered in 2008, admits to a "long, arduous process."

In an interview with the Revelstoke Times Review, he reported that 63 per cent of the real estate inventory remains unsold. But he says prices have not been discounted, retaining value for existing buyers, and his family remains committed to the long-term vision of former owner Donald Simpson, a real estate developer from Denver.

"When Don Simpson came to Revelstoke and pitched this development, it was grandiose and you could make those statements in that day. The world was quite a bit different place. He made some wild statements and some wild promises and some wild things, and I suppose had the world not changed, he may have been able to deliver on those things. I think it's notable that we haven't done anything different than that vision."

Gaglardi told the Times Review that his company has invested $300 million in the resort, half of that in real estate. "We have no debt on it, and all we do is hang around there and (wait for the) market to return. And we haven't slashed prices; we haven't done anything to hurt the market value of people who have bought."

He reported growth in the ski business, and called Revelstoke Mountain the "best ski resort in North America and top-five in the world. That's what our owners believe." As for resort real estate, it is, he said, "the big elephant in the room."

LEADVILLE, Colo. — Mining has resumed at Climax, the molybdenum mine atop the Continental Divide between Leadville and Copper Mountain.

The Leadville Herald says that Freeport McMoRan expects to ramp up production to 20 million pounds of molybdenum next year. If prices rise, the company can increase production to 30 million pounds a year. The mine, located at the 3,450 metre-Fremont Pass, first opened in the waning days of World War I.

As world supplies of "moly," which is used as an alloy in steel and for other industrial applications, glutted, the mine closed in 1981, putting nearly 3,000 people out of work and converting Leadville into a bedroom community for Vail and Breckenridge.

Wildlife overpass in works for Colorado

KREMMLING, Colo. — It's possible that the first wildlife overpass in Colorado will be built on a narrow segment of two-lane highway through a sagebrush-covered valley between the Colorado River and Green Mountain Reservoir. This is between the ski resorts of Summit County and Steamboat Springs.

The 16-kilometre road segment immediately north of Kremmling is deadly. The Sky-Hi News reports that three people have died and 23 have been injured from 2007 to 2011, although it's not clear how many can be attributed to accidents provoked by deer crossing the highway.

The segment is considered among the top 160 kilometres in Colorado heavily impacted by wildlife movement. In recent years, the state has sought to decrease accidents by reducing the nighttime speed to 55 mph, down from 65 during daylight.

The design plan offered by the Colorado Department of Transportation calls for two overpasses, similar to those found in Montana and Banff National Park, and five underpasses. In addition, tall fencing along the highway would be needed to drive deer to the crossings and underpasses.

C-DOT is also considering wildlife overpasses along the I-70 corridor. An international design competition held in 2010 focused on a problem area near Vail Pass. The contest yielded many ideas that may reduce costs of overpasses, making them more economical to deploy.

But mountain passes are opening early, if the unseasonably warm and dry weather continues through May. State highway crews were talking about opening 3,700-metre Independence Pass, between Aspen and Leadville, in early May. Also, 3,700-metre Cottonwood Pass, between Crested Butte and Buena Vista. Memorial Day is the usual for both.

June-like temperatures prevailed early in the past week. Aspen set a record temperature for April 23, with a high of 24 Celcius and then tied the old record of 22 the next day. The Aspen Times says the records there go back to World War II.

Can snow be blamed for tepid housing sales?

William Small, manager director of Frias Luxury Estates, explains that the Aspen real estate sales of $123 million were 64 per cent behind those during the same period last year. Writing in the Aspen Daily News, he posits that the disappointing snow conditions this winter kept potential real estate buyers at home. However, he also points out that less real estate has been for sale — and what is for sale has a higher price, with the average asking price nine per cent ahead of last year.

In Vail and Eagle County, sales also lagged during March. Total dollar volume was 68 per cent of last year, although January and February were up, according to the market analysis of Land Title Guarantee Co.

In Steamboat, sales volume in dollars was up, with one house fetching $834 per square foot. But 21 of the 52 home sales in Routt County were bank sales.

In Telluride, long-time real estate agent George Harvey Jr., writes that he thinks the demand part of the equation is overcoming the supply. "With virtually no new construction in any of the Colorado resort markets, it is just a matter of time in which inventory will become scarce and prices start to increase," he says. That time might arrive in Telluride yet this year, he thinks, but more slowly at more outlying locations.

ASPEN, Colo. — Aspen continues its efforts to reduce the carbon footprint of its electrical supply. That effort began in the 1980s, long before global warming became such a pressing concern, when the city financed conversion of nearby Ruedi Dam into hydroelectric capacity. That and other steps have allowed the city's utility department to now claim that 75 per cent of the electricity provided to customers is carbon free.

Aspen now continues with two more efforts to harness hydro power in the region. The city council, reports the Aspen Daily News, now wants to negotiate purchase of electricity from hydroelectric generators to be installed on Ridgway Dam, located near Telluride.

In generating 10 million kilowatt hours per year, the hydro component will displace the need for electricity generated by existing coal plants in Nebraska, but at no additional cost: just 5.9 cents per kilowatt hour. The hydro power can be generated when Aspen needs it most, during peak winter loads.

The city is also moving forward with plans to generate 7.1 million kilowatt hours per year by harnessing the power of falling water in two local creeks. That plan, however, is being fiercely opposed by some local environmentalists, who argue that the aquatic life of the creeks will be severely impacted.

CANMORE, Alberta — First a cougar tried to nab somebody's dog as it was being walked by a resident of Canmore. Lately, a bear has been poking around town. And now, a Canmore woman reports that she was walking her springer spaniel early one morning when three coyotes approached her. She took refuge at a nearby house. Wildlife authorities tell the Rocky Mountain Outlook that the coyotes may have been defending a den in the area.

KETCHUM, Idaho — Goggle inventor and orthodontist Robert Earl Smith has died at the age of 78. Frustrated by the fogging of his goggles when skiing at Alta, Utah, where he then lived, Smith built prototypes at his kitchen table using foam, glue and orthodontic tools. They were the first to have double lens and side-vented foam, which allowed the goggles to breathe.

The Idaho Mountain Express explains that Smith later founded a company bearing his name and located it in Ketchum. Further improvements in goggles were introduced by his firm in the 1970s and also in the 1990s.

His son, Drew, said Smith was "sternly practical in most areas of his life. He didn't like flashy stuff. He used to really resist change except a few new models of goggles and a few colors. That practicality — and making a quality product — made him the best."

"It's very cool to set a world record, especially in your 60s," Lo Russo told the newspaper.