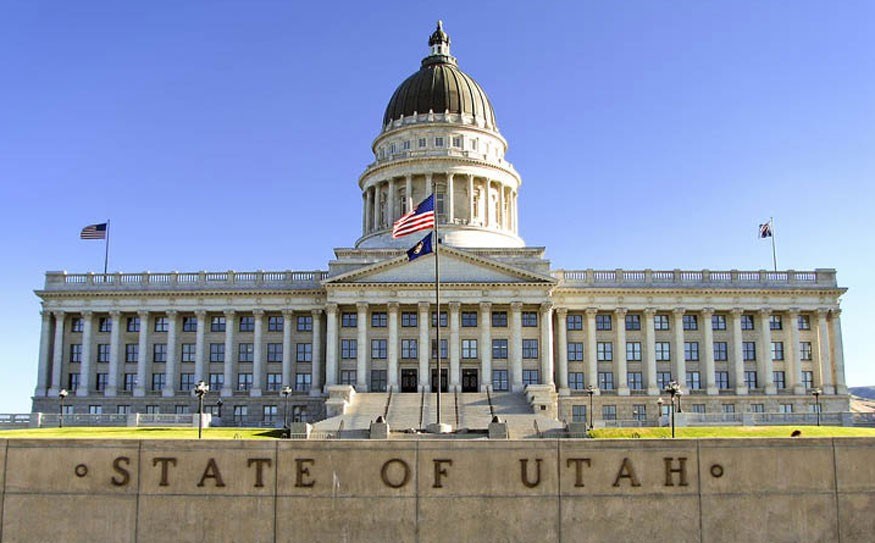 Bob Wheaton, general manager of Deer Valley, said the gondola connection would set Park City apart from other ski destinations. Not one other downtown has immediate access to two different ski areas. Those being Park City Mountain Resort and Deer Valley.

The Park Record notes that a gondola from Main Street was also considered about 15 years ago, but ultimately deemed unworkable as proposed.

Cutthroats do best in wyoming river

JACKSON, Wyo. — The Hoback River originates south of Jackson Hole, flowing 88 kilometres before merging with the Snake River. It's not the best river for fishing, because the shallow river flows rapidly and often has a buildup of slushy ice called frazil, which can kill fish.

For many years, reports the Jackson Hole News&Guide, the river was stocked annually with hatchery fish. But like other rivers in Wyoming, state fish and game started weaning the river of its hatchery fish in the 1990s. In their place have come the native species, the Snake River cutthroat trout.

The cutthroats are not only more populous, but also bigger, perhaps because they're better suited to the harsh winters of the Hoback River, a biologist tells the newspaper.

MT. CRESTED BUTTE, Colo. — Fund-raising has started for a $23.5 million performing arts center that boosters say could be a game-changer for Crested Butte.

Backers expect that the Mt. Crested Butte Performing Arts Center will have 500 seats, double the largest existing venue, and will have a large stage and other infrastructure suitable for performers accustomed to the world's best. As well, there; is to be a 186-square-metre meeting room suitable for hosting weddings and conferences, plus rooms where such things as photography workshops can be held.

William Buck, mayor of Mt. Crested Butte, the municipality at the base of the ski area, agrees. "It's a total game-changer, no doubt about it," he tells Mountain Town News. He called it a "non-skiing and year-round amenity that we need to shore up the shoulder seasons."

The model is the Jackson Hole Center for the Arts, which has a 500-seat theatre and a much bigger arts and education pavilion, 3,809 square metres altogether.

So far, $10.3 million has been pledged, of which $6 million comes Mt. Crested Butte and the ski area operator, some of it in the form of land.

The town has partnered with a private non-profit, the Crested Butte Music Festival, to develop the venue. Together, they have hired a Texas-based fundraiser, Franklin & Associates.

Fundraisers are courting donors with the ability to give at least $500,000. "You can be out there all day long collecting $10,000 donations, and you just can't get to a project of this size," says Woody Sherwood, executive director of the centre. Organizers stress that all dollars are welcome.

Sherwood tells the Crested Butte News that the venue will allow more opera and other productions, which in turn will yield an extended tourist season.

Raising money can be problematic. Consider Beaver Creek's Vilar Center. While the theatre is exquisite, the funding was troubled. Alberto Vilar in the 1990s endowed the lion's share of the venue, one of many halls for the fine arts around the world to which he gave large sums.

Then came the handcuffs. He had over-invested in technology stock and after the tech-sector crash of 2000 he raided the funds of investors to continue his lavish and philanthropic lifestyle. He was convicted of fraud, and you can read more about it in a New Yorker story titled; "The Opera Lover: How Alberto Vilar's Passion for Philanthropy Landed Him in Jail."

In the end, Vilar's name remained on the venue at Beaver Creek, but not without some discomfort along the way.

Icicles and antacid in Breck

BRECKNERIDGE, Colo. — Breckenridge elected officials are welcoming two new attractions next winter that were previously located in nearby towns.

Ice Castles, a name that pretty much describes the attraction, drew 56,000 people last winter to Silverthorne. The for-profit business that created it hopes for even more people at Breckenridge, but also colder temperatures. Breckenridge is 300 metres higher in elevation.

Less effusively, Breckenridge is accepting a three-day music festival called the SnowBall. The Summit Daily News notes that 100 arrests were made last winter when the festival was held in Avon.

Give it a whirl anyway, advised Mike Dudick, a Breckenridge councilman. "We've all heard of the X Games in Aspen. There was probably a lot of heartburn on that one, and look where they are now."