Mountain News: On the fence about pot retailers in Steamboat

STEAMBOAT SPRINGS, Colo. — Should marijuana be treated the same as alcohol in Colorado now that the state has legalized recreational sales? Colorado altogether is still unsure.
Apr 13, 2016 6:00 PM By: Allen Best 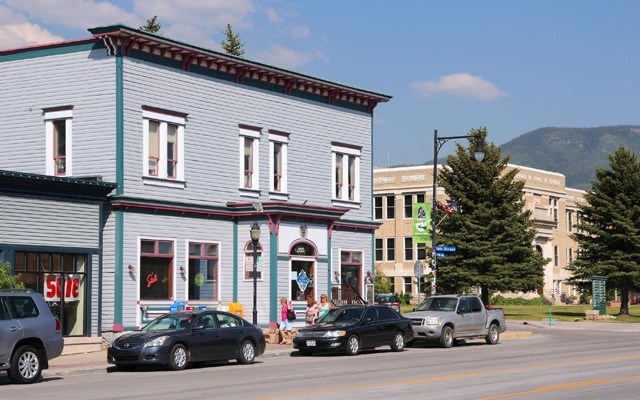 STEAMBOAT SPRINGS, Colo. — Should marijuana be treated the same as alcohol in Colorado now that the state has legalized recreational sales? Colorado altogether is still unsure. In Steamboat Springs, elected officials recently had a case that framed concerns.

Unlike some Colorado mountain towns, Steamboat Springs allows sales of cannabis. It has three stores, all located in the town's outskirts, amid mostly service-oriented businesses. These are not the places visitors normally go.

But one of them wanted to move to a more visible location, between a restaurant and a liquor store and near a hardware store, closer to the town centre. In the 4-to-3 vote, the city council effectively denied permission, reported Steamboat Today. The message, added the newspaper, was that "a majority of the council thinks marijuana businesses here should not yet be regulated in the same way as liquor stores."

One councillor favoured a continued "slow-go approach." That contrasts with Aspen and Telluride, which treat cannabis stores similar to liquor stores. Vail and Winter Park have flatly said no. Side-by-side towns have usually flip-flopped: Crested Butte said yes but Mt. Crested Butte, located at the base of the ski area, said no.

In Steamboat, one council member objected to the location near the hardware store. "I don't want marijuana being sold next to Girl Scouts selling hot dogs at Ace (Hardware)," she said. But another pointed to the liquor store and asked: what's different?

What is the effect on children? In his 2015 book, Weed the People, Bruce Barcott found evidence that it's best to delay any consumption of marijuana until about age 25 or 26. No prude in the matter of marijuana, but also the father of two teenagers, Barcott cited evidence of harmful effects on still-developing minds.

That concern was at the heart of a motion to table the vote. One lingering question is whether the introduction of marijuana stores in Steamboat has resulted in greater access to marijuana by local adolescents.

DILLON, Colo. — Ski industry and tourism officials assembled in Keystone last week for the Mountain Travel Symposium. They talked about new twists, such as the phenomenon of Airbnb and other vacation home rentals, but they also talked about things that have challenged the ski industry for decades.

At one session covered by the Summit Daily News, Jürg Schmid, chief executive of Switzerland Tourism, said that resorts need to create skiers while people are still young. Studies in Switzerland show that men on average give up skiing by age 64 and women by age 61.

But if someone doesn't take up the sport before turning 16, the likelihood of them doing so later on drops by 65 per cent. "If someone is between 30 and 40 years old, the chances are very minimal. The industry has to do more to create more skiers."

Summer was also on the agenda at the conference. David Belin, director of consulting services for market research company RRC Associates, talked about the drive market. "The drive market is much bigger than the fly market, and so it's important to all our resorts," he said. "Even our big destinations that we think of as places people fly to, in the summertime, not that many people fly to those destinations."

However, younger generations, including Millenials, or those born roughly from 1980 to 2000, don't like to drive as much as older generations. Studies by the University of Michigan Transportation Research Institute revealed 91.8 per cent of potential younger drivers got drivers' licences in the 1980s. By 2014, that number had fallen to 76.7 per cent.

Elite group of skiers got in 100 days this season

The list was created by the ski area, which was open 130 days this season. One of the members, reported the Jackson Hole News and Guide, is a 30-year-old native of Jackson, Nick Londy. He works for his father, who operates the local theatre.

While he doesn't describe himself as one of the best skiers on the mountain, he believes being a 100-dayer puts him in good company. "Being part of the 100 Club doesn't mean you're a great skier, but it's definitely good to be in the club," he said.

WINTER PARK, Colo. — March was such a good snow month in Colorado that several ski areas have extended operations.

At Winter Park Resort, 257 centimetres fell, the second most in the history of the ski area, which was opened in the late 1930s. With that much snow, the portion of the ski area called Mary Jane — famous for its towering bumps — will remain open through May 7.

Vail Mountain, meanwhile, has extended its season until April 17. Some other ski areas have also extended their seasons.

Wolves at the door, or at least close

BANFF, Alberta — An uncommonly bold wolf pack in Banff National Park has been approaching people at what the Rocky Mountain Outlook described as a dangerously close range. The wolves approached a cyclist and also a person walking a dog.

"Wolves aren't typically scavengers, but they're interested and curious and sometimes will investigate where people have been. And if food is available, it becomes a reward and they come back and investigate again," said Paul Paquet, one of the world's leading wolf experts, who was an investigator in a major study of wolves in Banff in the 1980s and 1990s.

The Outlook said a wolf pack hasn't been hunting so close to Banff, the town, for many, many years. In one case, a pack was seen taking down an elk in a dramatic hunt on the edge of the town that was witnessed by many.

GRANBY, Colo. — While mining towns sort out the good and bad of their mining legacies, Granby has been working on the legacy of the sky's-the-limit real estate boom of the last decade.

One of the more fanciful ideas was a flyfishing and golf-oriented real estate development along the Colorado River called Shorefox. Developers bought the cattle ranch but couldn't get traction before the real estate market crashed.

Now, according to the Sky-Hi Daily News, the town board is mulling ideas. Even before being elected mayor, Paul Chavoustie, a developer, was urging town officials to purchase the 628-hectare property and turn it into a community park and recreation area. He argued it could draw more tourists to Granby.

Chavoustie said he has begun talking about what-might-be's with conservation and land preservation groups, who might be able to reimburse Granby if it buys the parcel. Income might be generated from sale of access to flyfishing. The plot has 1.6 kilometres of river access and five ponds.

The original development had more than $60 million USD invested in the property, he told the Sky-Hi News, but said the land could now be secured for less than $10 million.