MAMMOTH LAKES, Calif. — Mammoth Lakes has decided that it needs a more conspicuous greeting to visitors on a monument to be erected at the town's entrance.
Dec 14, 2011 8:00 PM By: Allen Best 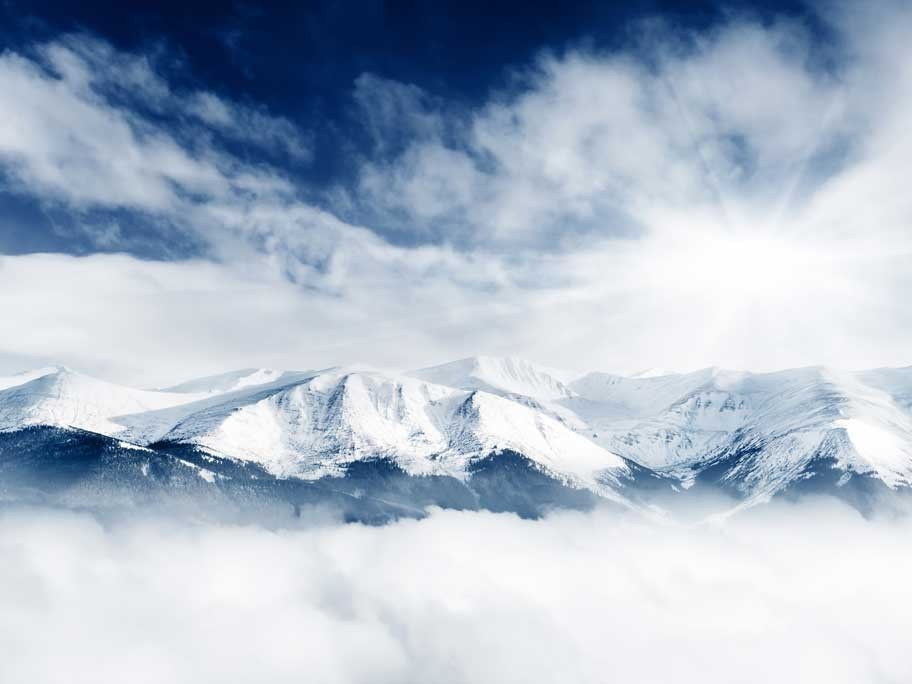 MAMMOTH LAKES, Calif. — Mammoth Lakes has decided that it needs a more conspicuous greeting to visitors on a monument to be erected at the town's entrance.

From the 100 or so entries, organizers have culled the following three finalists: 1) Welcome; 2) Gateway to the Heart of the High Sierra; and 3) "The mountains are calling...." John Muir.

In reporting this, The Sheet newspaper impishly offers its own proposal: "Please Spend Lots of Money."

WHITEFISH, Mont. — In addition to being a ski town, Whitefish is a railroad town. It has a large railroad yard, and train crews on the BNSF Railway's Hi-Line Route switch there. The route connects Chicago with the ports at Seattle and Portland, shuttling cars of wheat and corn, televisions and vehicles.

Freight volume dropped 30 per cent when the recession hit, but it has returned to 90 per cent of the peak levels. Warren Buffett's Berkshire Hathaway purchased a controlling interest in the railroad in 2009 for $34 billion, and it looks to have been a good investment. Company officials tell the Whitefish Pilot that they expect traffic to return to pre-recession levels by 2013.

The railway is currently running more than 30 trains a day through Whitefish and Glacier National Park, and the resumption of business has spurred the hiring of 41 employees in Whitefish. Salaries for the jobs are relatively good, with a diesel mechanic getting $25 an hour, notes the Pilot.

Energy is the most significant component of BNSF's freight. Twenty-seven per cent of its freight is coal, most from Wyoming's Powder River Basin. The railroad is also picking up business hauling oil from the Bakken shale region of North Dakota, while delivering drilling equipment and fracking sand. BNSF also hauls turbines and other equipment for wind farms.

Sales taxes on rise in Aspen

ASPEN, Colo. — Sales tax collections in Aspen through October suggest a recovering economy, at least among the economic elites. Town officials tell The Aspen Times that retail sales were up 5.9 per cent. At least part of the increase was due to more people staying in hotel rooms.

VAIL, Colo. — From Vail also comes news of increasing economic activity, this time in the real-estate sector. Land Title Guarantee Co. in its monthly report finds that the average price per square foot for a single-family home in Vail Village has gone up by one-third during the last year. The village encompasses the slope-side real estate.

However, the price per square foot of homes elsewhere in Eagle County has dropped an average 23 per cent. The raw numbers suggest that the rich are recovering nicely from the recession, and the foreclosures at the bottom and middle ends are working their way through the system.

Healthy and wealthy but highin suicides

ASPEN, Colo. — Two restaurateurs, one aged 50 and the other 47, committed suicide in Aspen in recent months. Their deaths drew attention once again to the abnormally high suicide rate in Aspen and Pitkin County. The irony is that the county also consistently ranks among the highest in the nation for fitness and income, notes the Aspen Daily News.

Greg Miles, a town councillor in Jackson, has urged adoption of a measure, still unspecified, to persuade shoppers at the town's grocery and convenience stores to use reusable bags.

"As a community trying to be sustainable in so many ways, it's high time we really start this conversation in earnest," said Miles, according to a report in the Jackson Hole News&Guide.

The newspaper notes efforts have been underway through the last three years to publicize the issue of plastic bags. Most end up in landfills. The local Albertsons grocery store estimates it distributes 10,000 to 12,000 plastic bags per week.

The Jackson Town Council will likely be splintered when it takes up the issue in 2012. Mayor Mark Barron calls plastic bags "horrendous" but objects to imposing a municipal mandate.

In Colorado, a campaign called Bag It is seeking to create a momentum for a plastic-bag ban in Durango. Two local natural goods groceries already do not use plastic bags. A task force will make a recommendation to the city council.

To assess how a plastic bag might affect local businesses, The Durango Herald contacted groceries in Telluride, which earlier this year banned plastic bags and imposed a 10-cent tax on paper bags at the town's two grocery stores and one hardware store.

Mark DeMist, general manger of Clark's Market, one of the two grocery stores, said that 75 per cent of customers now habitually bring in their own bags. And he said that few tourists this past summer objected.

The catalyst for this concern about plastic bags is the swirl of plastic fragments trapped by ocean currents in the North Pacific. By some estimates, this Pacific Trash Vortex, as it is sometimes called, is twice the size of Texas.

Taking stock of what he has learned about weather since taking a high school science class in 1940, former filmmaker Warren Miller speculates that the plastic in the Pacific has altered the jet stream. This change, he writes in a column published in the Vail Daily, could explain the tornadoes, ice storms, and floods in the Eastern United States.

Green building on the horizon

KETCHUM, Idaho — Ketchum elected officials last year decided they wanted to follow the path of other local governments and adopt mechanisms that will yield new buildings that are more energy efficient and otherwise environmentally friendly. Now, after some months of cogitation, a blueprint has been delivered that would do that.

Rebecca Bundy, a planner, says the proposed ordinance would create a "cultural shift" in the way the community views building design and construction. She emphasized that builders and architects will have flexibility in how they improve their buildings.

The Idaho Mountain Express reports that the ordinance being envisioned would adopt the National Green Building Standard.

The new study also finds that more rental housing is now needed as compared to before. It also notes that the Hispanic population doubled from 2000 to 2011.

The Idaho Mountain Express also reports agreement that some of lower-income housing built in the past decade has lacked good management and has had a "ghetto-style."

GRANBY, Colo. — More than seven years after a bulldozer operator destroyed their store and a half-dozen buildings in a day-long reign of terror in Granby, the owners of a Gambles hardware store are preparing to rebuild.

"The crazy thing is that I liked Marv," said Casey Farrell, in an interview with the Sky-Hi News.

He was referred to Marvin Heemeyer, who became incensed when the town board — which included Farrell at the time — approved of a batch plant across the street from his muffler shop. Vowing revenge, Heemeyer clandestinely armored a Komatsu bulldozer, creating a cocoon around the controls to make him impervious to bullets, and then set out on sunny, spring morning to wreak havoc.

Heemeyer succeeded. He first rammed the bulldozer into the house of the mayor, then tore out the town hall and library, eventually pushing into the front of the newspaper office as the editor, Patrick Brower, ran out the bad door. Nobody died, but it wasn't necessarily that Heemeyer intended it that way. He even took shots at propane tanks, but was unable to penetrate them.

Finally, he came to the Gamble's store. He plowed into it, but after hours of destruction, the heavily-weighted bulldozer was finally overheating. Heemeyer then shot himself.

After that, Farrell and his wife, Ronda, set up their Gambles store in a business plaza, but they hope to improve their business by building a new store at their old location.

As for Brower, now retired from the newspaper business, he has completed work on a book that he calls "Killdozer."

STEAMBOAT SPRINGS, Colo. — In an effort to nurture economic vitality, the Steamboat Springs city government is awarding micro-grants of up to $5,000 to small businesses filling unoccupied niches.

Steamboat Today, in a story about the grants, cites the example of a business called Chocolate Soup, which needed help to buy equipment after getting a contract to supply milk chocolate almond macaroons and other tasty treats to Whole Food Markets in the Rocky Mountains.

Deb Hinsvark, deputy city manager, told the newspaper that grant recipients can't compete directly with existing businesses in Steamboat. A new coffee shop would get no hold. "Really, what we're looking for are small incentives to new ventures."

SALIDA, Colo. — Monarch Mountain, small but successful in recent years, despite being more than two hours from the nearest metropolitan area, Colorado Springs, hopes to keep growing bit by bit. The Forest Service has accepted a plan that calls for a new chair lift in ski terrain on the back side of the mountain, plus additional parking, an expanded base lodge and other adjustments as needed to push the annual skier days to 200,000. The resort has been logging 175,000, says the Mountain Mail.