ASPEN, Colo. — An unfinished penthouse in downtown Aspen has sold for US$5,427 per square foot, exceeding the previously most expensive residential sale there by more than $1,100 per square foot.
Dec 21, 2016 5:00 PM By: Pique Newsmagazine Staff 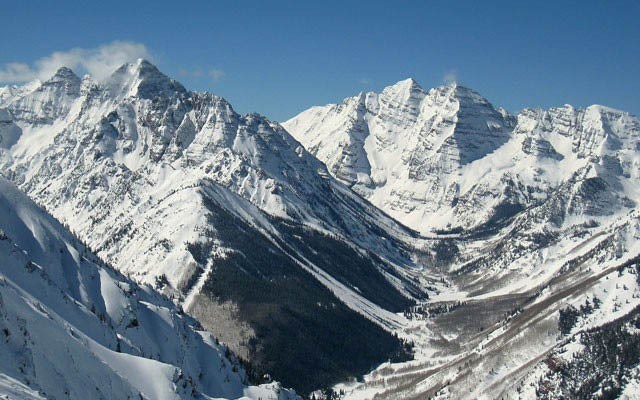 ASPEN, Colo. — An unfinished penthouse in downtown Aspen has sold for US$5,427 per square foot, exceeding the previously most expensive residential sale there by more than $1,100 per square foot.

Dancing Bear Aspen never listed the penthouse property for sale, nor has it disclosed the buyer. That buyer acquired all eight fractional-ownership options of the nearly 3,000-square-foot, fourth-floor unit, according to Teddy Farrell, project manager and partner in Dancing Bear Aspen. The outdoor living space comprises another 3,500 square feet in a wraparound deck.

Joshua Saslove, a real-estate broker who was not involved with this sale, told the Aspen Daily News that the price, if new to Aspen, is "not unusual in luxury properties in New York and internationally." He said he and his firm have seen sales of $6,000 to $8,000 per square foot.

Andrew Ernemann of Sotheby's International, said a demographic shift in recent years is one of the factors contributing to more demand for walkable downtown Aspen properties. Another reason is a more restrictive city land use code that has made residential real estate harder to develop or redevelop.

WHITEFISH, Mont. — Ryan Zinke, the nominee of President-elect Donald Trump to become the Secretary of the Department of Interior, will — if confirmed by the U.S. Senate — be the first such secretary from a ski town.

Zinke, a native and current resident of Whitefish, did not mention skiing when he said he'd accept the nomination.

"As someone who grew up in a logging and rail town and hiking in Glacier National Park, I am honoured and humbled to be asked to serve Montana and America as Secretary of Interior," said Zinke.

"As inscribed in the stone archway of Yellowstone National Park in Gardiner, Montana, I shall faithfully uphold Teddy Roosevelt's belief that our treasured public lands are 'for the benefit and enjoyment of the people.'"

Interior includes the National Park Service, the Fish and Game Service, and the Bureau of Land Management. The Forest Service is in a different federal agency, the Agriculture Department.

Newspapers in the Whitefish area reported mostly positive comments from various interests about Zinke's politics, but the Flathead Beacon pointed to comments several years ago by Zinke that suggest an emphasis on "multiple use and not single use."

"I think we have lost our way in a lot of ways," Zinke, a former trainer of U.S. Navy Seals, said in the 2015 interview. "We can mine and drill and still be responsible stewards of the land we cherish. Coal, oil, and natural gas are going to be part of our energy picture for a long time..."

If confirmed by the U.S. Senate, Zinke will replace Sally Jewell, who began her career in the oil fields of Oklahoma before eventually becoming chief executive of REI, the giant sporting-goods retailer.

Crazy Cousin Dick and realities of a small town

"It's nestled in the mountains and around a lake. It's full of skiers and kayakers, climbers and snowmobilers, depending on the season. A tourist town, a ski town, a town of picture-perfect views around every corner and Glacier National Park is just a half-hour's drive away. Until recently, it was a quiet town too."

Malchik then describes national TV attention to a part-time local resident who is a white supremacist. The news, or rumour, was that CNN had expected to find a town where Richard Spencer felt welcome, so the city council re-read an anti-discrimination statement at a packed meeting.

"The world may have just gotten a whiff of Spencer's well-groomed hatemongering, but Whitefish has been well aware of him and his innocuously named white supremacist think tank, the National Policy Institute, for years," Malchik wrote. "While NPI's mission statement uses bland positive language to declare its dedication to 'the heritage, identity and future of people of European descent,' the truth of its aims can be found in Spencer's more blunt declaration at a recent Texas A&M talk: 'America,' he said, 'belongs to white men.'"

So what does a small city like Whitefish do with what she likens to a crazy distant cousin?

"Let's call him Cousin Dick. Everyone knows that Cousin Dick has a screw loose. He gets together with his conspiracy theory buddies and shoots the breeze. Whenever you and your family remember that he exists, you breathe a sigh of relief that his loose screws haven't yet caused anyone real harm."

Suddenly, the word gets out and the national media show up. Then, Cousin Dick has a platform for his warped worldview.

But Whitefish, after the anti-discrimination ordinance was read, had to move back to the mundane matters — stormwater drainage solutions, dedicated parkland for a new subdivision, and so forth.

"National media stories focus on the divides in our country, of the chasms between liberals and conservatives, rural people and urban. But every community, whether it's vast Los Angeles or itty-bitty Whitefish, has the capacity to find common ground in the everyday nuts and bolts of making society function. And when we find commonality in those places, we begin to find it elsewhere, too," she said.

Park City hopes for a meeting with Al Gore

PARK CITY, Utah — Park City officials have to pick their steps carefully through the political landscape of Utah. All of the state's Congressional representatives are Republicans. And Al Gore, who will be in town in January for the premier of An Inconvenient Sequel at the Sundance Film Festival, is a Democrat.

Should city leaders actively seek a meeting with the former vice president to talk about climate change? It would seem like an easy decision, in that the city has already aligned itself with Gore's Climate Reality Project. But a staff report also noted the potential for "tensions with Republican representatives."

Elected officials are on record with worries that the warming climate will shorten the ski season. They have specified goals of achieving net-zero carbon emissions for functions in the municipal government by 2020 and, more broadly through the community, by 2032.

Mayor Jack Thomas said recently that Gore is "more closely associated with the real science of climate change... He's closer to the truth than anyone else."

Uber drivers will be available in the Aspen, Summit County, and Vail areas.

The Summit Daily News reported that Uberski was tested last winter in Salt Lake City and Reno, both cities with airports located a short distance from ski areas. Riders used the service not just for travel directly from the airport to resorts, but also to residential areas and hotels.

But it hasn't worked equally well everywhere. At the Eagle County Regional Airport, which serves primarily the Aspen, Vail, and Beaver Creek ski areas, authorities required $1.50 for each seat in the car, both coming and going. That killed Uberski's interest in providing service to and from the airport.