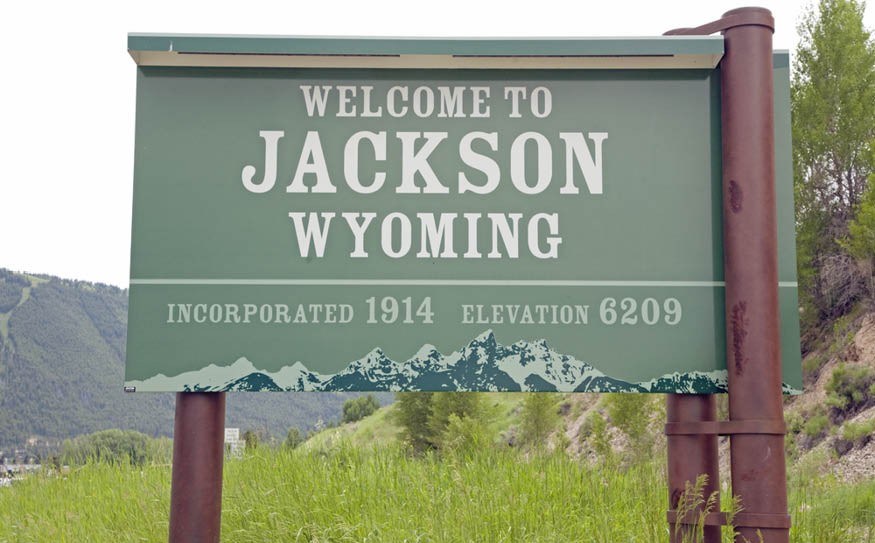 ROBIN HOOD ROBBER Officials caught up with a man who robbed a bank in Jackson of more than $100,000. File Photo

JACKSON, Wyo. — Credit Corey Allan Donaldson with creativity. When he robbed a bank in Jackson on New Year's Eve of $140,000, he told the manager that members of a Mexican cartel were outside the building, prepared to blow it up if he didn't get the money.

On the lam, he used the improbable name of Dooby Zonks while staying in $270-per-night rooms at the Grand American Hotel in Salt Lake City. He also gave $16,000 to a friend who was in a pinch and, when arrested by police in Clinton, Utah, had envelopes of cash for his mother and sister.

The Jackson Hole News&Guide reports that Donaldson tried using a Robin Hood defense. A 40-year-old self-help author and online entrepreneur, he told jurors of his childhood in Melbourne, Australia, and the experience of watching his father lose the family's home to foreclosure.

"I came up with the idea of that since the banks had been bailed out and the people had not, I was going to confiscate money from the US Bank in Jackson and redistribute it to the poor and homeless in America," he said.

But the judge wouldn't allow this line of argument. However, he did allow the testimony of the bank manager, who said he never doubted Donald's claims about explosives until after police arrived and searched the area.

A jury convicted Donaldson and he is to be sentenced July 11 in U.S. District Court.

CRESTED BUTTE, Colo. — Crested Butte has finally joined the club. Like most of the ski resorts in the West, it has now slashed the price of its season ski pass, hoping to make up the difference in quantity.

With this new vehicle, Crested Butte hopes to better draw skiers from Colorado's Front Range. There, the skiing throngs have many options, most prominently the Epic Pass, which costs $689 and is good at five ski areas in Colorado, three in California, and, if you really want to go there, one each in Michigan and Minnesota.

In slashing the price, Crested Butte joins Jackson Hole and other ski resorts that finally succumbed to the wave that was launched in 1998 at Idaho's Bogus Basin. With plenty of terrain but not many skiers, the general manager at Bogus decided that less would be more: more skiers paying less for ski passes would create an overall gain. Colorado's Winter Park the next winter followed suit, and then Vail Resorts, with its quartet of ski areas along the I-70 corridor, upped the ante.

The news of the price cut was met favorably in Crested Butte, which is four hours and three mountain passes from Denver.

"Having one of the highest season pass prices in Colorado benefitted no one," wrote Mark Reaman, editor of the Crested Butte News. He advised locals to hop on the wagon by buying the new pass, and openly hoped that second-home owners and other visitors might be induced to visit more frequently.

RIDGWAY, Colo. — Two earthquakes, one measured at 2.9 and the other at 2.6 on the Richter scale, were detected in the Ridgway area, at the north end of the San Juan Mountains.

"They are the smallest anyone can actually feel," said Paul Caruso, geophysicist with the U.S. Geological Survey.

The earthquakes are not uncommon in that area, he told The Telluride Watch. "You have two hot springs in the area. Any time you have hot springs, that can be an indication of active faults."

ASPEN, Colo. — You can bet that some news will come out of Aspen just before the Fourth of July. That's when the Aspen Ideas Festival will be held, and since its inception several years go, it has become one of the most highly regarded talk-festivals in North America.

This year, firebrand Wayne LaPierre, the leader of the National Rifle Association, will be interviewed, as will Dan Gross, president of the Brady Campaign to Prevent Gun Violence.

As well, Ariana Huffington, founder of the website bearing her name, will talk with Goldman Sachs chief executive Lloyd Balkfein and New Orleans Mayor Mitch Landrieu about how cities will shape our economic future.

The lineup isn't yet complete, but you can imagine that this is just the tip of the nerdy egghead stuff as thoughtful and outspoken people get together to sort out the problems of the nation and world.

Renting flat in Jasper? You got to be kidding!

JASPER, Alberta — Want to rent a room in Jasper? Save for the fancy lodges, the pickin's are slim to none, reports the Fitzhugh, a newspaper.

But while news is ordinarily of the unusual variety, as in man bites dog, there's nothing unusual about this state of affairs.

"We've been at a zero per cent vacancy rate for as long as I can remember, with very little turnover," says Nancy Taylor of Royal Lepage Summitview Realty.

One individual tells the Fitzhugh that he paid to have his advertisement at the top of the Jasper Buy, Sell and Trade Facebook page for a week, but didn't get a single phone call.

The Jasper Community Housing Corporation is currently collecting information about the housing demands and whether they have changed since 2002.

SNOWMASS VILLAGE, Colo. — The Snowmass Village Town Council this week was being asked to join the U.N. Mountain Partnership. The 200 members already include Park City, Aspen and Telluride.

Representatives tell the Aspen Daily News that there would be no requirement that the town should officially join the collective, but would collaborate with other members. Just what sort of collaboration would be involved is unclear, except that the group is focused on voicing their concern about the effects of climate change in higher-elevation areas.