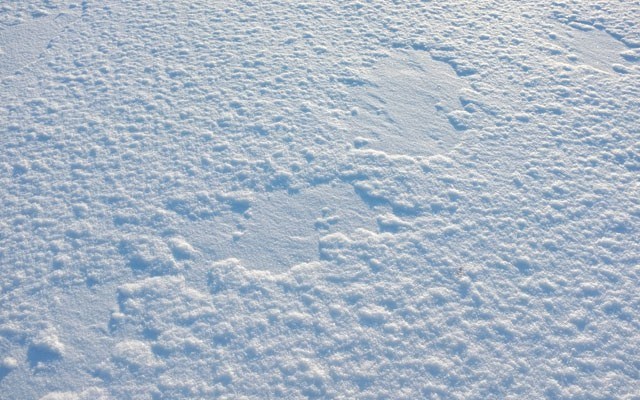 LAKE TAHOE, Calif. — So what's up with this El Niño? Wasn't it supposed to deliver the big winter to make the drought years of the past few years recede into foggy memory?

In Idaho's Big Wood valley, home to Ketchum and Sun Valley, the snowpack was limping toward average as February waned and temperatures rose.

"The dry February is a big concern. In all likelihood, it takes away the chance of an above-average snowpack," David Rizzardo, the agency's water supply forecasting chief, told the

Sierra Sun. But OpenSnow.com forecaster Bryan Allegretto told the newspaper that one big March storm could allow the snowpack to catch up.

Of concern is this: temperatures have been hovering at five to 14 degrees Fahrenheit above normal for the Sierra Nevada.

How do you keep a ski area from its slumping?

STEAMBOAT SPRINGS, Colo. — Howelsen Hill, the first ski area in Steamboat Springs, continues to go downhill — literally. Some landslides on the in-town ski area, first opened in the 1930s, have caused minor damage in recent decades to infrastructure, but the costs are starting to mount.

What can be done to prevent the land from slumping? Steamboat Today reported that one consultant told the town, which owns the ski area, that planting grasses and bushes with deeper roots on the slope would better anchor the slope. Another consultant advised the city to figure out how to divert water that is currently moving below the ground. But that's more easily said than done.

In short, Steamboat doesn't yet know how to slow or stop the slumping.

BANFF, Alberta — What wildlife officials call "occurrences" have been on the upswing in Banff National Park. Last year there were 1,659 occurrences, which can range from having to pull an elk carcass off train tracks to having a bear attack somebody.

Nearly 22 per cent of the occurrences involved black bears, while almost 14 per cent involved grizzly bears. Notably, those interactions occurred in just half the year. The Rocky Mountain Outlook explained that occurrences include everything from feasting on fruit trees in yards of homes in Banff to using campgrounds created for humans.

But with Banff National Park directed to grow its visitor numbers, will there be more "occurrences," particularly those that do not end well for either humans or bears? That's the fear of Mike Gibeau, a grizzly bear specialist who worked for 30 years for Parks Canada. He said there have been serious bear attacks in the past, and Banff is just buying time.

A recent study published on Nature.com found an increase in attacks by carnivores on humans throughout North America and Europe, and this upswing was, in turn, correlated with increased visitor numbers.

Wolf pack literally at the doors

BANFF, Alberta — A new wolf pack has put down roots on the outskirts of Banff, the townsite within the national park of the same name. The Rocky Mountain Outlook reported that the packs chased and killed a cow elk on the train overpass at the east entrance to the town, hunted in a residential neighbourhood, and forced closures when it killed close to town.

Bison roamed what is now Banff National Park for thousands of years, but were extirpated — meaning extinct locally — in the 1840s. Wildlife biologists are working to understand how bison can be managed on the landscape. Fencing might be used to keep the bison separate from other ungulates, including bighorn sheep, elk, and deer. Also of concern is how to keep the bison in the park. To achieve this, fires will likely be used more frequently, to ensure there is forage for the beasts to graze on.