VAIL, Colo. — Last week's storm that hit Colorado had people digging deep into their memories to find comparisons even as they dug deep to clear sidewalks and driveways.
Feb 5, 2014 8:00 PM By: Allen Best 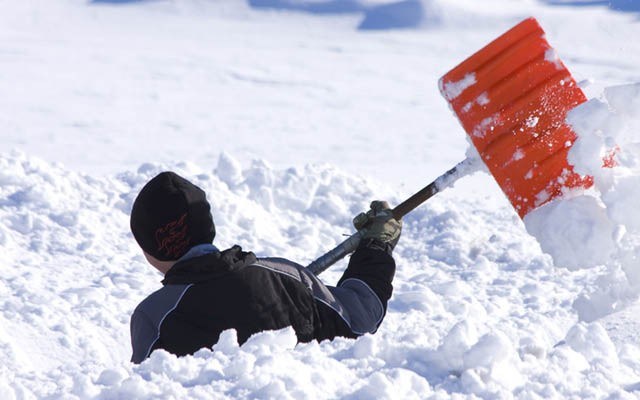 VAIL, Colo. — Last week's storm that hit Colorado had people digging deep into their memories to find comparisons even as they dug deep to clear sidewalks and driveways.

It was the "storm of the century," said Vail Resorts, referring to the 21st century that hit Vail Mountain.

A few miles away from Vail at the old mining town of Red Cliff, people were drawing comparison to storms not seen in 30 to 35 years.

"These are like the years of the late '70s and early '80s," says Jim Lamont, who has been in Red Cliff about that long.

Down-valley in Eagle, some people thought it was the most in 40+ years.

In the Aspen area, the 61 centimetres was the most ever for a 24-hour period, according to the National Weather Service.

"Holy bejesus! Looks like 2 feet (0.6 metre) of new since yesterday and just keeps going and going and going....." a woman down-valley in Basalt posted on Facebook.

Jim Markalunas, who started keeping weather records in Aspen at the end of World War II, told The Aspen Times that one way to look at the 61-centimetre snowfall was in comparison with the all time snowfall for January, which is not normally particularly snowy. That all-time record of 183cm for January was set in the 1950s.

"It was a biggy," he said of last week's storm even as another set of storms was on its way.

Schools closed in Aspen because of concerns by the local sheriff and police chief about having people on the roads.

Students also got a day out of the classroom in Vail and the Eagle Valley. The Vail Daily reports that schools also had snow days in 2008 and 1982. Deeper into time, school closings were far more rare.

But at 3,000-metre Leadville, the highest school district in North America, there is a record of just one school closing since classes began in 1860. That was two years ago.

summer Talk in the dead of winter

DENVER, Colo. — The Ski Industries of America had its annual trade show last week in Denver, and what a busy place it was. The top floor of the Colorado Convention Center was filled with booths displaying all the items you can expect to see next summer at your local ski retailing store.

Downstairs, in the Four Seasons Ballroom, the seasons were being parsed in different ways. On one side of the divider, DestiMetrics held a conference devoted to the prospects of increased summer tourism in mountain towns.

On the other side on Friday morning, Rolling Stone contributing editor Jeff Goodell spoke about rising sea levels, global warming and the virtual certainty that winters will get shorter and summers will get longer.

For Miami, global warming is an immediate problem. The Atlantic Ocean is already rising, as Goodell documented in a recent story for the magazine, with profound consequences for places just a few metres above sea level.

Mountain resorts that depend upon skiing, of course, have a somewhat different outcome. Goodell talked about the changing jet streams that may explain the greater variability of snow. That's one explanation for why Mammoth, in southern California, has been getting at least so-so snow while the Tahoe resorts are getting skunked.

That ski towns will become more profoundly impacted by the warming climate is a cinch. Goodell pointed out that seven degrees Fahrenheit of heating is already locked into the system, in the ocean and in the atmosphere.

But down-valley from Aspen, in Glenwood Springs, no climate crisis is perceived. The issue is the release of methane, a potent greenhouse gas and a key constituent of natural gas, from pipelines and drilling sites.

Colorado has become one of the world's boom spots for energy, thanks to new drilling techniques, but state regulators are looking at tightening oversight, to reduce the emissions. If methane escapes into the atmosphere, it is 23 times more effective at trapping heat than carbon dioxide.

Stop it? Not if it's inconvenient, says Garfield County, which is located west of Aspen and Vail. The Aspen Times reports county commissioners there are saying the local natural gas wells should be exempted from the stringent requirements imposed on drillers along Colorado's Front Range.

The wells operating in Garfield County are already operating at a loss, and burdening them with more regulatory requirements could harm the bottom lines of the gas companies, said one oil and gas industry representative at a recent meeting.

Meanwhile, the ice in the Arctic keeps melting a little more, the glaciers recede just a bit, the ocean rises and the U.S. Congress does nothing.

Plenty of ski towns have major rail lines passing through them: Winter Park in Colorado, Truckee in California and Bozeman in Montana, among others.

And there is anxiety in Revelstoke, where one municipal councillor, Gary Starling, recently uttered what the Revelstoke Times Review says was an impassioned speech. A retired railroader, Starling said incidents are flying under the radar, and he's concerned about rail safety.

The Times Review notes that the two agencies in Canada and the United States with parallel responsibilities for rail safety recently issued joint recommendations to improve the safety of transportation of crude oil. They call for tougher standards for tank cars, revised route planning and analysis, and greater emergency response plans.