TELLURIDE, Colo. – Telluride voters in November will decide whether to institute a 2.5 per cent special tax on short-term rentals. This is in addition to normal lodging taxes. A divided town council had declined to adopt such a tax last year.
Sep 13, 2019 3:00 AM By: Allen Best 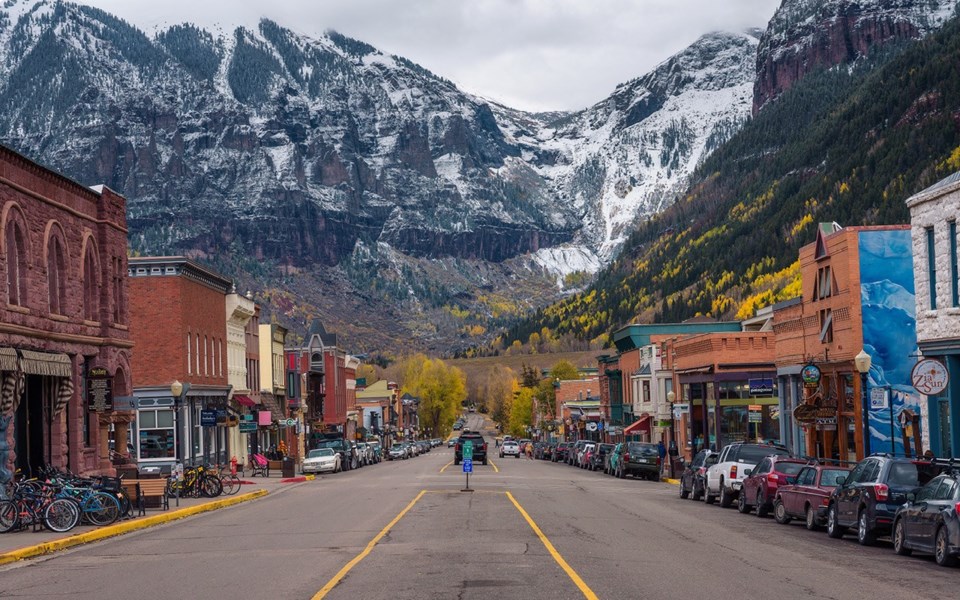 TELLURIDE, Colo. – Telluride voters in November will decide whether to institute a 2.5 per cent special tax on short-term rentals. This is in addition to normal lodging taxes.

A divided town council had declined to adopt such a tax last year. This drive to put a tax before voters was initiated by a group of citizens who believe that the proliferation of short-term rentals in the community made available through Airbnb and other booking platforms had hurt the housing market for working locals, explains the Telluride Daily Planet.

But there is much opposition. Stacey Ticsay, who has a cleaning business centered around short-term rentals, told council members she can pay her mortgage because of Airbnbs. "They fill a niche in our economy. They attract price-sensitive visitors."

Michael Martelon, of the Telluride Tourism Board, echoed the warning of ski company chief executive Bill Jensen, who discouraged the town council last year from adopting such a tax by warning of unintended consequences. The council heeded Jensen's advice, voting 5-2 against going forward with such a tax last year.

This time, council members agreed to put it before voters, but with little enthusiasm.

If adopted, the total state and local taxes levied on lodging in Telluride would reach 15.15 per cent, says Kevin Geiger, the town attorney. It is currently 12.65 per cent. The local taxes include two per cent for the airline guarantee program.

It gets even more complicated, he says, as Telluride has only three true commercial hotels that are taxed under Colorado law as commercial properties. Other units are classified as residential property. The former is taxed at 29 per cent of assessed value, and the latter at seven per cent. The three hotels would be exempted from the tax, under the thinking that they are already paying their fair share.

Telluride has been one of the most ambitious developers of deed-restricted affordable housing going back to the '90s, when it adopted a half-cent sales tax to finance affordable housing. Each year, it has had at least one project go forward.

"It's fair to say that they have had for many years a multi-faceted, comprehensive approach to community housing. They have done a whole lot of different things, all in combination, to produce a very effective program," says Melanie Rees, an affordable housing consultant with broad expertise in mountain resort towns of the West.

Telluride has also invested in three tiny houses, similar to those put into place at Basalt by the Aspen Skiing Co. as a temporary fix to the problems it has in recruiting employees.

Geiger says 70 to 80 individuals have been housed in new affordable housing projects in the last year. Two more projects are going forward now, with occupancy expected by November. Together the projects will provide 26 units with one- to four-bedroom configurations.

It also had a busy winter. Lift lines tended long. And there was an easy target: purchasers of the Alterra Mountain Co.'s Ikon Pass. Somebody even produced a bumper stick: "Stop Ikonizing Aspen."

The pass offered by Alterra, which is partly owned by the Crown family, owners of the Aspen Skiing Co., provided five to seven days of skiing at the Aspen-area ski areas. And they did arrive at Aspen, according to a report by Mike Kaplan, the ski company's chief executive.

In both a recent report to the Aspen City Council and a later public meeting covered by Aspen Times, Kaplan defended the Ikon Pass as a strategic way to introduce Aspen to new and non-traditional audiences and diversify its customer base. The irony, he said, is that the company often gets criticized for catering to the rich and famous. He called the pushback "blatant snobbery."

Of the Ikon Pass skiers, 70 per cent were new to Aspen, and many were from Colorado's Front Range. He said 13 per cent of Ikoners were younger than 18 compared to three per cent of customers overall. Ikon pass users aged 25-34 were 27 per cent compared to 19 per cent of the company's overall customers.

Kaplan cited one day, described by the Times as the "fabulous powder Sunday of March 3" when 3,420 skiers and snowboarders were at Aspen Highlands, one of the company's four ski areas. A 40-minute lift line occurred. The ski company concluded that 129 of the 800 skiers on the lift were Ikon Pass-holders and 400 were local pass holders. Without the Ikon Pass-holders, the line would have been 36-minutes long.

That argument didn't wash with local resident Try Kinkead. "We pay a premium price expecting a premium product. It's not a question of who, but rather how many," he wrote in a letter published in the Times.