ASPEN, Colo. — The news out of Aspen recently was that Tesla will open a gallery there this winter — yes, a gallery, not a showroom — to display its all-electric cars.
Nov 2, 2016 6:00 PM By: Pique Newsmagazine Staff 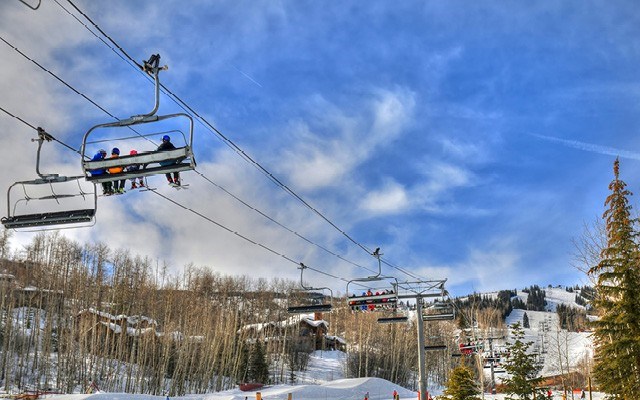 The news out of Aspen recently was that Tesla will open a gallery there this winter — yes, a gallery, not a showroom — to display its all-electric cars. shutterstock photo

ASPEN, Colo. — The news out of Aspen recently was that Tesla will open a gallery there this winter — yes, a gallery, not a showroom — to display its all-electric cars.

Aspen obviously has the silver-heeled demographics that can afford the automaker's high-end prices. There are several dozen billionaires with homes in the community. But do electric cars make sense for people other than billionaires who live in ski and other mountain towns?

The answer increasingly is yes. Prices are edging down even as their range is expanding. As the Aspen Daily News noted, Tesla's Model 3 comes in at US$35,000 and has a range of 346 kilometres. It also comes equipped with self-driving software.

Sales of electric vehicles in the United States flattened in 2015 after a couple of double-digit growth years. Some wondered if low gas prices had dented the growth curve. But this year, sales of plug-in hybrids have increased nearly 67 per cent and all-electric vehicle sales have gone up 16.5 per cent, according to HybridCars.com.

"The future (of electric vehicles) is almost unstoppable at this point," said Michael Ogburn, director of operations at EdgePower, an Aspen-based company of cloud-based energy management systems for larger commercial users. "This is all happening in the middle of low gas prices."

Technological improvements, improved charging infrastructure, and federal and state incentives may continue to accelerate sales."Batteries keep getting much cheaper and more energy dense," pointed out Will Toor, director of transportation programs for the Boulder, Colo.-based Southwest Energy Efficiency Project, or SWEEP.

"That means the day of the affordable, long-range vehicles is coming. The Chevy Bolt will be a 400-kilometre range vehicle but at a price level that, after the federal tax credit, is comparable to the average new car — and after our tax credits in Colorado, will be cheaper than our average new cars."

The charging infrastructure is rapidly being expanded, and the settlement with Volkswagen will give states additional money that could be earmarked for new stations, reported Toor. He called it a "potentially huge opportunity."

Tesla had already been aggressively expanding its charging infrastructure. The theme has been to find places like Aspen to create a high-profile presence. Tesla has then tried to fill in the blank spaces between, which is why it installed a charging station in the cow country of eastern Wyoming in Lusk, the county seat for the lowest population county in the United States. The charging station was not provided for local Tesla drivers, but rather as part of a coast-to-coast network of charging stations.

Jackson Hole, with its great affluence, already has three Tesla charging stations plus several more for any make of electric or plug-in electric car. Now, it is getting eight more at the Jackson Whole Grocer. The Tesla fast-charging stations will fuel a car in 45 minutes to an hour. That's about $3 in electricity, but the grocery manager told the Jackson Hole News&Guide that it would foot the bill for now as a courtesy for its customers.

The three existing Tesla charging stations in Jackson Hole all cater to very high-end customers. The Four Seasons Hotel, for example, is at the base of the Jackson Hole Mountain Resort and exudes luxury — with prices to match. The lowest-priced unit available for two adults during Christmas week (minimum seven nights) as of Halloween was $13,703.

At nearby Wilson, about 10 kilometres from downtown Jackson, the Bentwood Inn comes in at a lower room rate of $375 a night at Christmas, but is more exclusive in this sense: It's just one of three U.S. lodges among National Geographic's Unique Lodges of the World. The charging station has had only a handful of users, said Bob Schrader, the general manager.

Teton County, which is more or less the same as Jackson Hole, has few electric vehicles among the 67,000 registered vehicles there. Jonathan Schechter, a local economist, expects that to change as automakers come out with all-electric SUVs. Teslas, he noted, aren't necessarily a common-sense vehicle for snowy environments. But he does find Tesla's strategy for gaining market penetration admirable. "They're very clever people," said Schechter.

But even more remote valleys are getting electric charging infrastructure. Consider the Devil's Thumb Ranch, a high-end resort about 16 kilometres from Winter Park that caters to cross-country skiers during winter. It now has two Tesla charging stations and one universal charging station that will work for Chevrolet, Honda, and other models of electric vehicles.

You'd think that Lake Tahoe and Truckee would be full of charging stations? After all, Reno, just down the road, is the home for Tesla's big, new battery factory. And it's the weekend spot for lots of the technocrats from the Silicon Valley. Tesla is headquartered there.

CRESTED BUTTE, Colo. — Crested Butte will have a red-light district for the next year consisting of one red light street pole and one red streetlight.

The pole will be painted red in commemoration of the town's presumptive victory in outlasting a proposal to mine molybdenum on Mt. Emmons. The mountain, which overlooks the town, is often called the Red Lady, because of the frequent alpenglow on the peak's snow-covered slopes.

The theme of red will be buttressed with an information sign explaining this history as well as the contributions of the creative district that is funding the community art project. It was one of four approved by the town council, according to the Crested Butte News.

While it's not absolutely a done deal, the mining company that now owns the mineral deposits in Mt. Emmons said it wants to retire the claims. Plans to mine the molybdenum were first announced in the 1970s, before the price of molybdenum plummeted in 1981.

Subsequent owners of the claim never were able to get traction as the price of molybdenum see-sawed. But always out in front was the prospect of a fierce fight by the one-time mining town that no longer wanted anything to do with mining.

JASPER, Alta. — The Jasper Dark Sky Festival seems to be a hit. Now in its third year, the festival was expanded to two weeks. Bill Nye, known as The Science Guy, headlined the first weekend, and George Takei, a.k.a. Mr. Sulu of Star Trek Fame, the second.

Nearly 5,000 tickets were sold between the two weekends. The Jasper Fitzhugh also reported that while official numbers aren't in yet, organizers think the festival drew 10,000 people over the two weekends. This is a 250-per-cent increase from last year.

How will busy Banff be able to handle crowds?

What will happen next year? Park entrance fees to Banff National Park, in which the town is located, will be waived. The government of Prime Minister Justin Trudeau promised the freebie as a way of commemorating Canada's 150th anniversary.

Banff Mayor Karen Sorensen has made it known publicly she's quite concerned about what free admission will mean to streets in Banff.

"When this was announced, I guess I assumed that Parks Canada would be working with us on how to mange the consequences, and I was assuming that would happen very quickly," she told the Rocky Mountain Outlook. It has not, she said.

Banff, the town, is looking at intercept parking lots combined with shuttles to get visitors to downtown Banff.

SOUTH LAKE TAHOE, Calif./Nev. — Work cubicles will be rented on a per-hour basis this winter atop Heavenly Mountain Resort for those who feel the need to combine work and pleasure.

Tahoe Mountain Lab provides shared work space in South Lake Tahoe, at the foot of the ski area. This satellite office will be located inside Lakeview Lodge, at the top of Heavenly's tram.

Lake Tahoe News explains that the space is used in summer for weddings. By December, when the lab opens, there will be 16 desks in the 74-square-metre area. Rates of $10 to $20 per hour will be charged.

Vail Resorts, owner of Heavenly, will see how this plays out before deciding whether to expand it to other locations at Heavenly or to other resorts, Lake Tahoe News reported.