Mountain News: The difficulty of identifying warming impacts to skiing

BOULDER, Colo.—The International Panel on Climate Change, in its October report, said greenhouse gas emissions must fall 50 per cent in the next 12 years if temperature increases are to be kept to only 1.5 degrees Celsius by 2040.
Nov 14, 2018 5:01 PM By: Allen Best 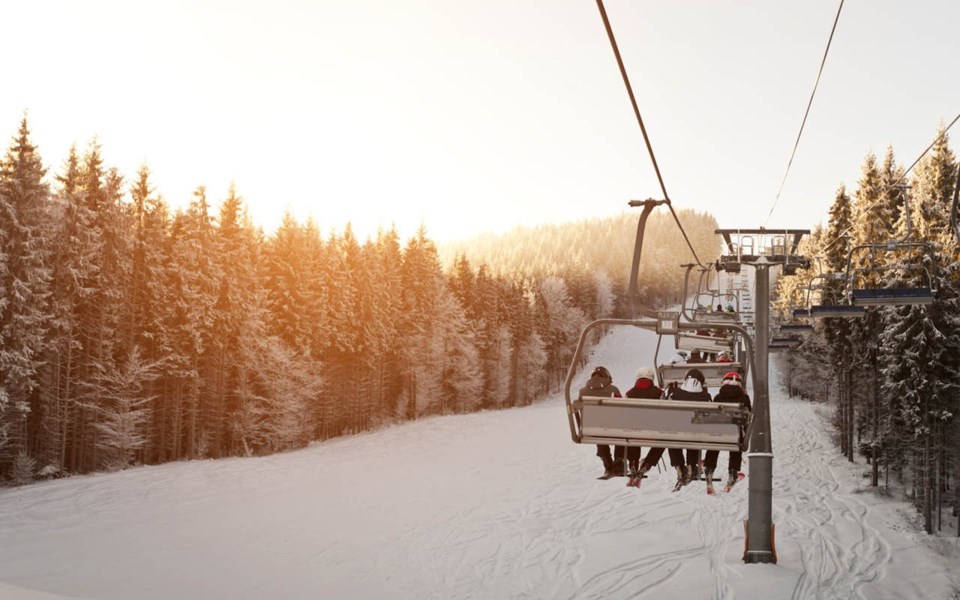 BOULDER, Colo.—The International Panel on Climate Change, in its October report, said greenhouse gas emissions must fall 50 per cent in the next 12 years if temperature increases are to be kept to only 1.5 degrees Celsius by 2040.

Almost certainly global temperatures will have increased 1.5 C by 2040 as compared to the baseline temperatures from 1850 to 1900, because of greenhouse gas emissions. About half that heating has already been increased. But can it be kept to that. The UN report paired that with the prospect of a 3 C increase.

The New York Times reported that sea ice in the Arctic will remain during most summers if the temperature rises only 1.5 C. Ice-free summers will be 10 times more likely at 2C, the newspaper reported in October.

Cameron Wobus, a senior scientist at Lynker Technologies, said no climate projections are going to be granular enough to say what will happen in Durango, Park City, or other specific locations at specific temperature increases.

But Wobus does see advantages to precise estimates in communicating the risks of warming temperatures. In a 2018 paper published in Earth's Future, a journal of the American Geophysical Union, Wobus and others set out to reframe the future risk of extreme heat in the United States in ways meaningful to the general public. The risk varies by time, location, and the level of continued greenhouse-gas emissions.

Still, one of their examples is startling: If the world continues on its current emission of greenhouse gases, a teenager in eastern Montana in 2075 might experience maximum summer temperatures that his or her grandparents would have had to travel to the Mojave Desert to experience.

Similar reports for extreme precipitation and flood damages are being done for the Environmental Protection Agency, he said.

Andrew Jones, co-director of Climate Interactive, said that distinguishing between impacts of 1.5 and 2 C increases matters less than focusing on how to reduce causes of warming. "If you are driving from New York to California, there's no point debating where to park in Los Angeles while you are only beginning to cross Pennsylvania," he said.

Jeff Lukas, research integration specialist at Western Water Assessment, a project at the University of Colorado-Boulder, similarly said impacts associated with a particular level of warming, either locally or globally, are very difficult to quantify.

"We know that reducing emissions will reduce warming, but we don't know how much," he said.

Lukas was the lead author of a 2014 state climate change report in Colorado that synthesized a great deal of research. The vast majority of the projections were in the report were qualitative, not quantitative, depicting the direction of change, not precisely the amount of change.

"Many of the numbers the New York Times piece provides have a completely unrealistic level of precision," he wrote in a follow-up email.

"Let's say we assume the +1.5 C globally is equivalent to a +5.0 F above the 1971-2000 baseline for Colorado. Can I give numbers for the changes in snowpack, streamflow, heavy precipitation events, and wildfires, associated with that 5 F warming? Sort of, but they're going to be a very broad ranges in every case. For impacts to Colorado ecosystems and species, no way."

TRUCKEE, Calif.—A converted submarine manufacturing site in the San Francisco Bay Area has been turned into a factory that is expected to produce hundreds of units of housing for Truckee, located two and a half hours away along the crest of the Sierra Nevada.

Truckee's Moonshine Ink reported that local construction costs have climbed 10 per cent a year, primarily because of a tight labour market. Nearby Reno has been booming.

The 90-plus workers at the OS Factory can produce a housing unit a day. The first workers were hired in April. They are not employed along traditional craft lines. Workers, who are all represented by a single union, the Northern California Carpenters Regional Council, can do various types of work, improving labour efficiencies.

As soon as December, the factory will begin delivering the first of 137 units of workforce rental housing in Truckee at a project called Coburn Housing. The developer, Vail-based Triumph, had expected to use off-site manufactured units for the affordable housing after being advised by Marriott Hotels & Resorts of its advantages. Mike Foster, Triumph's architect, told Moonshine Ink that he concluded that the constricted labour pool and the cramping of construction in Truckee by winter made off-site construction advantageous.

The developer, however, must make hefty deposits in advance of production. Too, the Bay Area factory has limited production capacity. As such, Triumph is also getting units from factories in Boise and Pocatello, both in Idaho, and Waterton, S.D. Yet a fourth factory will be used for the hotel in the bigger project, called Railyard.

Another project in Truckee, Artist Lofts, had expected to use traditional, stick-built techniques. But when construction costs rose 30 per cent in the three years between when the proposal was submitted and it was approved, the developer reconsidered.

Electric cars park for free until 2020

ASPEN, Colo.—Parking in Aspen is scarce enough that even permits are required for parking in residential zones. Since 2004, the city had a policy of allowing electric or hybrid cars to park for free.

With such cars becoming common, the city council reviewed whether to end the park-for-free policy. A compromise was adopted. Hybrids will have to pay US$4 a day, half the full fare for such privileges, and electric cars will continue to park free until 2020, reports The Aspen Times.

Painful memories 100 years after the war to end all wars

BANFF, Alta.—Sunday was the 100th anniversary of the armistice that ended the Frist World War. But the wounds of the war can be painful to read about a century later and across an ocean from the killing fields of France.

In Canada, a new film recalls the 24 internment camps in Banff and elsewhere in which 8,579 men from eastern Europe and Ukraine were imprisoned. They had been determined to be enemy aliens by a government that had only years earlier enticed them to settle in Canada with the promise of land and freedom from persecution.

The Rocky Mountain Outlook explained that filmmaker Ryan Boko's new film, That Never Happened, focuses on the camp in Banff National Park. There, prisoners were used as virtual slave labour to build a highway, bridges, and a nine-hole golf course.

"We are as hungry as dogs. They are sending us to work, as they don't believe us, and we are very weak," wrote one of the inmates to his wife.

To avoid being accused of slave labour, the Canadian government paid the inmates 25 cents a day during a time when the prevailing wage for labourers was $2 to $3 a day.

In Colorado, 1,000 men from Routt County went off to the war in various capacities. They came from Steamboat Springs and surrounding towns and, especially, ranches. Guy Utter, who came from a place called Cow Creek, was among those drafted. He wrote letters, worried about the work of the ranches he had left behind, and commented on how few women he saw.

He was shot at Verdun, at the age of 24, and died of his injuries in a nearby hospital during the waning days of the war.A surviving niece, Nadine Arroyo, told the Steamboat Today she had inherited her uncle's letters when her father died. "He did not want to be there," she told the newspaper. "He was really worried because there was a lot of work on the ranch that needed to be done."