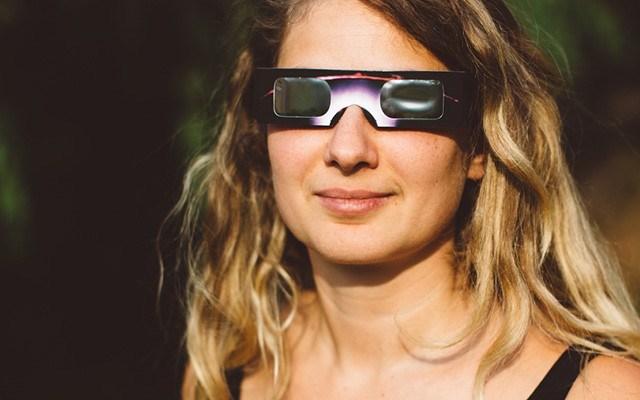 JACKSON, Wyo. — Sometimes no news is the big news. That seems to be the case with the solar eclipse of 2017. Crowds from Ketchum, Idaho, to Jackson, Wyo., were exceptional for late August.

But gas stations still had gas, grocery stores still had food, and if roads were clogged after the darkness ended, nobody was complaining.

Giddiness, not grouchiness prevailed. There was elation, not emergencies.

"People have been literally jumping for joy when they get here," said Janine Jolley, whose family hosted 280 reservations at the Fox Creek Campground near Victor, Idaho.

On the other side of the Teton Range in Jackson Hole, traffic surpassed all records for those days in August. Still, it was something less than might have been expected. "Quiet weekend" is how the Jackson Hole News&Guide described the Sunday preceding the big day.

Then came the eclipse at 10:16 a.m. It got quieter yet. Even emergency calls stopped for about 90 minutes. "The call volume just dropped," said Rich Ochs, Teton County emergency management coordinator. "It was just silent. Everybody was watching a pretty amazing event all at the same time."

On Rendezvous Mountain, at the top of the tram at Jackson Hole Mountain Resort, two veteran eclipse chasers decided it was high time to get married.

Tony Crocker and Liz O'Mara had met on an eclipse-themed website. He has viewed 11 eclipses around the world, and she nine. Together, they've viewed five eclipses. But this one was special. "It's the most beautiful eclipse I've ever seen," she told the News&Guide.

Weather forecasters had warned against going to mountaintops to see the eclipse, because of the greater likelihood of clouds. But sunny skies prevailed. The sharp drop in temperatures that had been predicted did occur, between 10 and 15 degrees Fahrenheit, according to the News&Guide.

"It was a mixture between excitement and anxiety," said Martha Clarkson, who had driven from Crested Butte, Colo.,

be in the centreline of totality. "It's like a sunset," she added. "The colours just raced across, and they filled the whole sky."

In Jackson, where the late-August population normally runs about 50,000 between locals and visitors, the eclipse probably pushed the population to about 75,000. That's about what town and county officials had planned for.

At nearby Grand Teton National Park, park rangers reported smooth operations despite major crowds that exceeded expectations. The only negative was a half-dozen tipped over portable toilets.

Young, athletic & in love: a tragedy on Capitol Peak

ASPEN, Colo. – If every mountain climbing death can be viewed as a tragedy, the story about a 20-something couple, newly in love, who died on Capitol Peak, has unusual depths of sadness, but also this: exceptional joy.

As reported by both daily newspapers in Aspen, the bodies of Ryan Marcil and Carlin Brightwell were found below the Knife Edge ridge on Capitol Peak, which is known as possibly Colorado's most difficult 14,000-foot (4,267 metres) mountain.

A friend of Brightwell told the Aspen Daily News that "she appreciated every ray of sunshine, every snowflake that fell and every breath she took. She knew the power of a smile, the strength of a hug, and the indescribable meaning of friendship."

The owner of the Emporium, a retail shop where Brightwell worked, told The Aspen Times that Brightwell "never met a person she did not greet with a smile and a hug."

Marcil had worked in finance in New York City before moving to Aspen, where he worked at a ski boot shop. He also served on the board of a local mental health advocacy group. He was described as charming, outgoing and athletic.

Friends said the couple had met last winter and fell for each other hard, moving in together and talking about marriage.

Just how they came to fall from the peak remains unclear. Their bodies were recovered from the north face of the mountain in the general area of the Knife Edge, which many people cross moving along on their crotches, because of the exposure. There's a ledge on the north side, and there's some speculation they tried to use that. Both hollering then a sustained scream were heard in the vicinity about the time the couple fell, sheriff's deputies reported.

These were the third and fourth deaths on Capitol Peak this year.