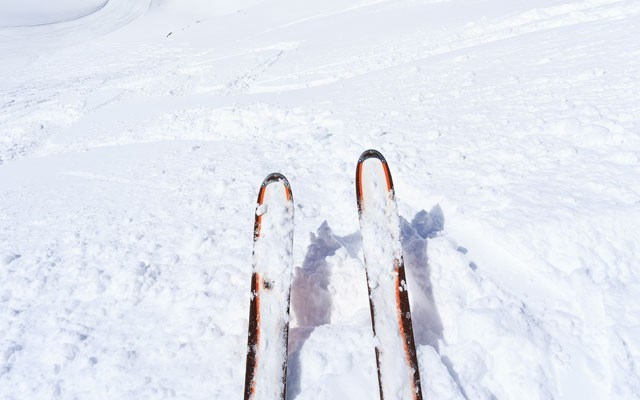 CREEDE, Colo. — In late May, a trio of Aspen residents finished skiing Colorado's 100 highest peaks. The feat took Chris Davenport and Christy and Ted Mahon several years, and they saved the most difficult mountain for last.

Climbers have long known that the lowest 47 peaks pose generally greater challenges than Colorado's 53 peaks that are 4,270 metres and higher. Together, these 100 highest are called the Centennial Peaks. (And Colorado, which was admitted to the United States in 1876, a century after the Declaration of Independence, is called the Centennial State).

In a posting on centennialskiers.com in May 2014, Ted Mahon noted an inverse relationship regarding Dallas. Located near Telluride, it is 4,208 metres in elevation, making it the 100th highest.

"As anyone who has spent time on the mountains knows, shorter doesn't equate to being easier," he wrote. By community consensus, he added, Dallas is the most challenging peak in Colorado to climb.

"It's steep, the routes are complex, giant cliff bands block most direct approaches, and the rock is all very loose," he explained. All of that, he added, is short of the summit block, where a 27-metre chimney rated at 5.3 in technical climbing parlance must be ascended to gain the top. And then there was the task of getting down.

In late May, the climbers completed their arduous task with peaks in the San Juan Mountains: Turret Peak and Pigeon Peak, both located between Durango and Silverton and commonly climbed in summer by people who take the train and then backpack to the base of the mountains.

The final two were reached from Creede. "Once in a while a straight-up easy mountain can really put up a fight," wrote Ted Mahon in a May 22 posting about Stewart Peak, which is a few feet shy of 4,270 metres. The mountain had turned them back previously this year.

This time they succeeded, but it was a 56-kilometre day that involved riding and then walking bicycles through mud for 19 kilometres with 10 kilograms of gear on their back. Then they got on snow, which was no picnic, either, as they crossed fallen trees and fell through the "trapdoor" snow cover.

On Saturday, Mahon reported on climbing Jagged Mountain, their 100th and final mountain, which was also their most difficult, harder even than Dallas.

The Denver Post talked with Christy Mahon after the party got back to Aspen. She was preparing to go to her day job at the Aspen Center for Environmental Studies. She said Jagged was the most difficult but also that the highest 13 are "Colorado's finest peaks."

JACKSON, Wyo. — Voters in Jackson and Teton County may be asked to support a tax increase to pay for workforce housing. Sales taxes currently stand at six per cent. A new amount that would be approved by voters has not been specified.

The Jackson Hole News&Guide reports little stomach for an increased property tax but broad support for a sales tax at a two-day housing summit. Since emerging from recession, Teton County has had housing as tight, or tighter, than has been known in modern times, local sources say.

The advantage of a sales tax is that it would ding the pockets of tourists, not so much locals. Official studies as well as informal observations point to a strong correlation between the tourism economy and its related second-home economy and tight housing.

But not everybody likes a sales tax increase. Jim Stanford, a town council member, said he prefers another approach. Instead of raising money to build affordable housing, he favours limits on commercial growth. He pointed out that a two per cent lodging tax was collected to promote the economy while another tax is being proposed to pay for the effects of that tourism economy.

The News&Guide said others thought that those directly responsible for the need for affordable housing should be required to pay. "People building the big hotels, they need to pay it, not us working guys," said Ed Smith.

Nancy Stirn said "...it never dawned on me ... that someone should have to pay to help me live where I want to live." She is a dude ranch owner and provides seasonal housing for her employees. She said she is happy to do this for her own employees but reluctant to do the same for someone else.

Another idea still being chewed is a real-estate transfer tax. Such taxes are banned in Wyoming, but can state legislators allow local jurisdictions to chart their own courses? Teton County Commissioner Paul Vogelheim suggests a threshold of real estate sales in a county, such as $500 million a year. Teton County's sales last year hit $800 million.