Mount Baker Ski Area in Washington has had its troubles, and whether they have anything to do with the opportunities in the Arctic Ocean is an open question. The ski area closed on Sunday, March 8, because of insufficient snow.
Mar 18, 2015 6:00 PM By: Allen Best 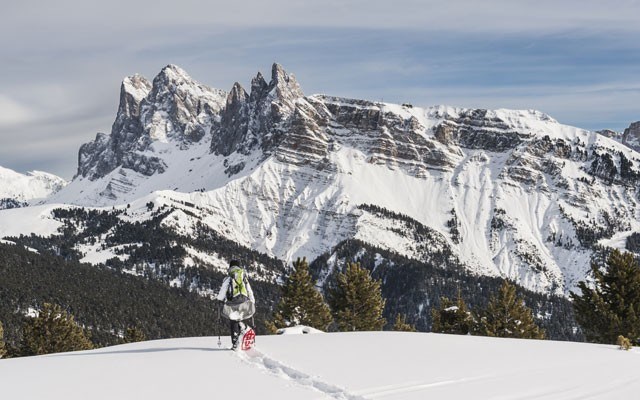 Arctic Connection? Mount Baker, Wash. has had its snow problems, but whether they have anything to with the opportunities in the Arctic Ocean is an open question. Shutterstock Photo

Mount Baker Ski Area in Washington has had its troubles, and whether they have anything to do with the opportunities in the Arctic Ocean is an open question.

The ski area closed on Sunday, March 8, because of insufficient snow. The ski area has an average annual snowfall of 16 metres, among the most of any ski area in the country. General manager Duncan Howat said the ski area needed 15 to 30 centimetres to reopen, and as of Monday the ski area's website suggested a possible Friday reopening.

In Colorado, meanwhile, a conference held at Beaver Creek examined the opportunities represented by the melting of the Arctic Ocean. Gary Roughead, a retired admiral in the U.S. Navy, pointed out that 30 per cent of the world's estimated natural gas reserves are found in the Arctic, as well as sizable oil deposits.

In his presentation at the Vail Global Energy Forum, Roughead presented a graphic showing the iceflow over the Arctic in recent years. It waxes in winter, of course, and wanes in summer. But the ice-free component of summer has been growing rapidly.

That means ships have been able to use the Arctic to get between the Atlantic and Pacific oceans. This is shorter than the routes through the Southern Hemisphere or using the Panama and Suez canals.

But ice remains and, said Roughead, it's a lot like politics: very local and hard to predict.

The question hanging over both Mt. Baker's lack of snow and the withering Arctic ice is how much either is a reflection of human-caused climate change.

Baker's woes are those of just one winter, and scientists are undecided about how much to blame the West Coast drought on greenhouse gas emissions. But the Arctic meltdown is easily enough linked.

Is this meltdown a problem? Michael Dimock, president of the Pew Research Center, said polling suggests that climate change "feels very distant to people" and doesn't become a high priority for action.

Dimock also noted that there's a giant gap among countries and their perception of climate change as a significant problem. In Brazil, 76 per cent of people think it's a problem, and in Canada it's 55 per cent. Down the list are the United States at 40 per cent and China at 39 per cent.

"It's interesting that the two largest carbon emitters in the world are down at the bottom of the list about professed concern about climate change," he said.

The conference was not all doom and gloom, however. Photovoltaic solar energy has come on in a major way. Ahmad Chatila, president and chief executive of SunEdison, spoke about the cost of electricity from collectors dropping to 10 cents a kilowatt-hour and likely to drop soon to five cents by the end of the decade, maybe even two to four cents.

Advances in battery storage have been brisk. These and other technological breakthroughs suggest that it's possible that global carbon emissions into the atmosphere may slow.

Others, though, suggested that slowing down this runaway train might not be enough if we want to avoid a climate that lurches violently like an unbalanced washing machine.

Right now, the melting of the Arctic seems distant and only gradual. But according to some climate models, things could turn out badly for more than just polar bears very, very soon.

When spring runoff comes in February

HAILEY, Idaho — In the past, the peak snowpack in the Wood River Valley has occurred, on average, on April 1. That's the valley where Ketchum and Sun Valley are located.

But come 2070? It will be a different story, according to a study conducted by the Pacific Northwest Climate Impacts Research Consortium. Their modelling suggests the peak snowpack will occur as early as mid-February.

Instead of snow, there will be more rain. Winters will get shorter.

"This isn't to say that we're getting less moisture overall," said John Stevenson, a member of the research consortium, in a presentation at Hailey. "But it changes how we're going to get it, which has impacts for streamflows," he added. "Snowpacks will be smaller, but more important is that they're going to melt off earlier in the year."

Currently, nearly 60 per cent of the annual precipitation around Sun Valley falls in the form of snow.

Stevenson told the 124 people who attended the presentation that the climate has shown greater variability over the long term, but scientists cannot explain the changes of the past 50 years without taking human activity into consideration.

Average local temperatures now are about one degree higher than they were in the mid-20th century. But temperatures by 2070 may increase between four and 11 degrees.

In some places, this year looks a lot like that future. The Associated Press reported warm temperatures and a lack of snowfall taking a toll on winter snowpack in the Cascade Mountains.

One-third of monitoring sites in the Cascades and Sierra Nevada reported the lowest snowpack ever measured as of March 1. Some sites had no snow whatsoever.

Still, while snowpack has been below normal in Oregon and Washington, there has been plenty of rain.

Converting twigs into fuel for jets

BEND, Ore. — Sometimes in the future you may fly off on your next vacation thanks to... twigs from the woods. Yes, the technology exists to convert tree tops, tree limbs and small-diametre trees into jet fuel, diesel, and naphtha. The latter is the kind of white gas once used for camp stoves.

The Bend Bulletin reports that a Colorado-based company plans to start building a $200 million biofuels plant at a site along the Oregon-California border. The woody debris will come from thinning projects where larger trees have gone to a sawmill.

The company, Red Rock Biofuels, has a contract to sell 11.4 million litres of renewable jet fuel a year to Southwest Airlines. Enabling its progress so far has been a $70 million federal grant.

Forcing panhandlers to mind their manners

TELLURIDE, COLO. – The Telluride Town Council is expected to sharply restrict panhandling. The law, discussed since last summer, would prohibit panhandling from just after sunset to just before sunrise, as well as panhandling in an aggressive, intimidating, or threatening manner.

The proposed law, reports the Telluride Daily Planet, also has a great many other thou-shalt-nots: no soliciting money within six metres of a public restroom or automated teller machine.

In drafting the regulations, the city staff studied panhandling ordinances already in place in New York City, Kalamazoo, Mich., and other cities.

Town attorney Kevin Geiger noted that he sought to balance First Amendment protections of free speech with limitations on time and places that would be considered reasonable.

Who owns this resort? And does it matter?

CRESTED BUTTE, Colo. — Do you know who owns your favourite ski area? If it's Colorado's Crested Butte, Utah's Brighton, or California's Sierra-at-Tahoe, the owner is CNL Lifestyle Properties, which has 15 other properties, mostly in New England.

CNL is a real estate investment trust that, according to the Associated Press, is considering getting out of the snow business. The REIT expects to have an "exit strategy" in place by the end of this year.

Who will buy the resorts? Michael Krongel, from Mirus Resort Capital in Burlington, Mass., suggested it has to be somebody with patience. They can be good investments, but they are at the mercy of weather and the economy.

One ski area executive told the AP that the sale will be a nonevent for consumers at the various resorts.

In Crested Butte, longtime resident Jim Schmidt concurred. "The sale will be just like a bank who holds your mortgage getting sold," said Schmidt, a town councilman. "I don't think it will affect a thing."

Those valleys more isolated and less laden with amenities have seen a slower recovery. And, as always, local conditions are greatly dependent upon second-home buyers.

In Grand County, located about 129 kilometres northwest of Denver, the tourism economy has done fine if not as spectacularly as places like Aspen, Vail, and Steamboat Springs. The real estate economy has more tepidly gained strength, reports the Sky Hi News.

Larkins pointed to increases in average prices and the reduction in short sales and bank sales.

But a reduction in inventory may be delivering incentive to new construction. Stuart Huster, broker/owner of Coldwell Banker Mountain Properties in Winter Park, talked about building homes on a speculative basis, what are called spec houses.

"We just built our first spec, and it's under contract and scheduled to close in April," he said. "And I'm going to be building duplexes this summer."

In Crested Butte, the story is much the same. Again, it's the second-home market that drives the real estate market. Agents tell the Crested Butte News that residents of the Denver-Boulder metropolitan area have picked up their purchases.

But Chris Kopf points to oil and gas prices as a deciding factor in the strength of the Crested Butte real estate market. What is good for consumers at the gas pump isn't necessarily good for those trying to sell condos and homes in Crested Butte to those involved in drilling and support services.

"If those folks feel like they're not able to continue to do exploration or development or get production of the wells that they drilled, then they may turn those wells off or may not be taking oil out of the ground or profiting," explained Chris Kopf of Coldwell Banker Bighorn Realty.