Mountain News: Why this airplane slammed into the side of a mountain

CANMORE, Alta. – Deprivation of the oxygen adequate for proper functioning of the brain and other parts of the body is a condition called hypoxia.
Aug 9, 2019 1:00 AM By: Allen Best 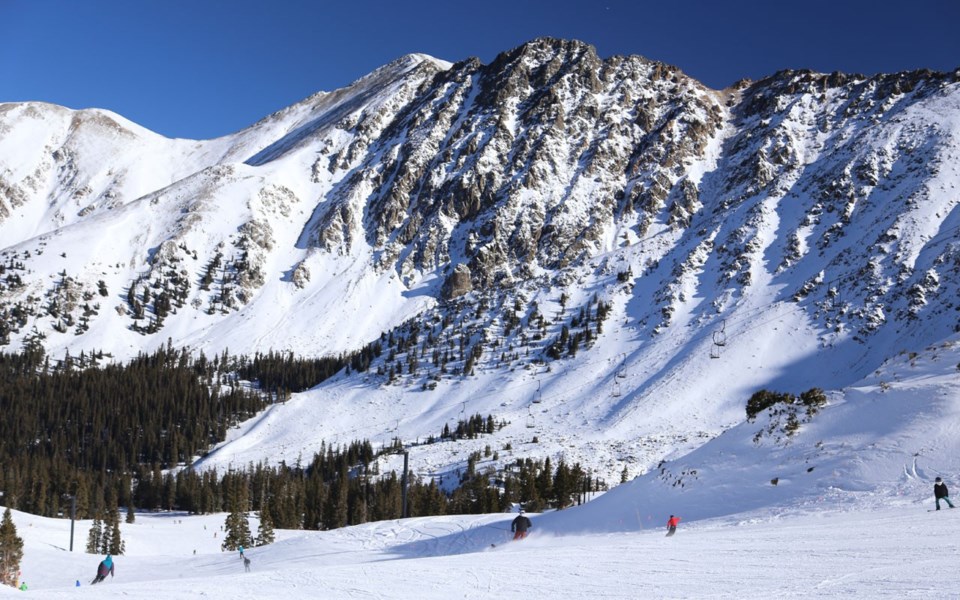 CANMORE, Alta. – Deprivation of the oxygen adequate for proper functioning of the brain and other parts of the body is a condition called hypoxia. It famously occurs among mountain climbers who have ascended too rapidly without acclimatization or, at extreme heights, like the top of Everest, all climbers.

It also affects air passengers, including the pilot of a small plane that crashed near a mountain summit south of Banff and Canmore in August 2018. The Transportation Safety Board of Canada has found that oxygen deprivation "likely played a role" in the crash that killed the pilot and a survey technician.

The Piper PA-31 had taken off from Penticton, B.C., and, after two hours of survey work, was heading towards Calgary, flying at about 4,572 metres above sea level when, according to a flight data monitoring system, things went awry.

The plane had a portable oxygen system, but the pilot was not continuously using it, according to the monitor, which included a camera. Use of oxygen is required when 4,000 metres above sea level. Onset of hypoxia can be slow and gradual, so it's likely the pilot did not recognize the symptoms.

A 2014 article in Flying magazine explained that linking hypoxia and accidents was hard. Even so, the U.S. National Transportation Safety Board's aviation accident database listed 24 accidents related to hypoxia in the prior decade, 22 of them resulting in fatalities.

One of them occurred in 2003, when a pilot with three passengers took off from north of Denver with a destination of Las Vegas. The pilot at one point told air traffic controllers he thought he was above Montrose when, in fact, he was above Telluride, a distance of about an hour by car. The crash occurred near La Sal Junction, Utah, south of Moab.

Woman Struck by lightning in Banff

BANFF, Alta.—When rescuers arrived on a mountain slope in Banff National Park to attend to a 28-year-old woman, she wasn't sure why she had summoned them by cell phone. She had said she was disoriented and had some memory loss, but she wasn't sure why.

What the rescue team quickly discerned from talking with her and seeing her melted clothing was that she had been struck by lightning. Whether it was by ground currents or by direct strike isn't clear. She was hospitalized.

Any time you get struck by lightning or get struck by ground currents that are strong, you are lucky to survive. "It was an extremely close call, and it could have turned out a lot worse," said Banff spokesman Brian Webster.

The Rocky Mountain Outlook noted the general rules-of-thumb on lightning: get off summits or other high points, get rid of ice axes, hiking poles, or other metal objects, keep moving downhill rather than just hunkering down, and if your hair stands on end or you hear a buzzing sound, like the sound of bees, skedaddle—and not upward.

In February, the company announced it was not renewing its partnership in Vail's Epic Pass program. It suggested that Vail Resorts was producing more skiers than its infrastructure could accommodate.

"While the mountain still has plenty of room for skiers and riders, the ski area is feeling a pinch on parking and facility space," the company said. "Due to these constraints, Arapahoe Basin believes its staff can take better care of its guests by separating from Vail Resorts."

No room exists for a new parking lots along U.S. Highway 6 at the base of Loveland Pass. Alan Henceroth, the chief executive, told the Summit Daily News that a multimillion-dollar parking garage wasn't a viable option.

He declined to say exactly how many people were visiting A-Basin's slopes on Vail Resorts' passes, but he conceded it's a big number.

The ski area along the Continental Divide was founded in 1946 by 10th Mountain Division veteran Larry Jump. It has the third-highest elevation among Colorado ski resorts, 13,050 feet, just shy of 4,000 metres, but lower than top elevations of Silverton Mountain and Telluride.