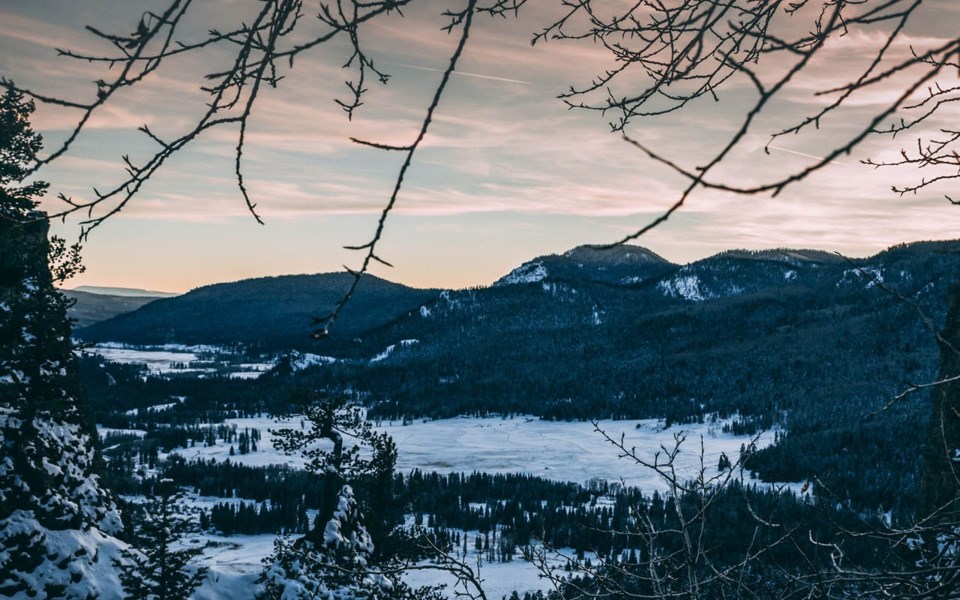 The ski area in the San Juan Mountains, a few kilometres north of the New Mexico border, has snowmaking, but only sufficient to cover two hectares. What the 1,000 skiers who arrived each day found from Durango, Summit County and elsewhere was natural snow, straight from Mother Nature.

Rain preceded the snow, which at first was heavy then light and powdery. "We were thrilled with the 20 inches (50 cm), and then we got another 10 (26 cm). We knew we would be able to open all of the mountain. We were really excited about that," said Rosanne Haidorfer-Pitcher, the vice president of marketing and sales.

Wolf Creek is often the snowiest ski area in Colorado, getting an average of nearly 11 metres annually. But totals vary widely from year to year. Last year was down substantially, just six metres, among the worst ever. Snow arrived late, not until just before Thanksgiving, and then again just before Christmas. But even in March, normally the snowiest month in Colorado, south-facing hillsides across the valley remained bare.

If earlier than some, this was far from the earliest opening of a ski area in Colorado. In 1985, Loveland opened on Oct. 6, according to the incomplete records of Colorado Ski Country USA. Loveland has often been the first ski area to open, but since it added snowmaking early this century, Arapahoe Basin sometimes gets there first. This year, Loveland opens Friday and A-Basin on Saturday.

OK to dress out the road kill

BEND, Ore.—Starting in January, it will be legal in Oregon to salvage road-killed deer and elk.

New rules adopted by the Oregon Fish and Wildlife Commission allow deer and elk that are accidentally struck by a vehicle to be salvaged for consumption only. The rules, reported the Bend Bulletin, also mandate that the entire carcass of the animal must be removed from the road and the right of way during the salvage. No guts can be left behind.

Good thing this hunter had partner with spray

GARDINER, Mont.—A bow hunter from Idaho got off with a broken arm and a couple of scrapes across the face after accidentally surprising a sow bear and her two cubs near Yellowstone National Park.

The Bozeman Daily Chronicle said that the hunter and his partner were creeping up on elk when they came within 12 yards (11 metres) of the bear. The bear charged the hunter before he could reach for his bear spray, kicking him to the ground as he tried to protect his face with his arm. The man's hunting partner deployed bear spray, causing the bear to stop biting. A second blast of the spray caused the sow and cub to retreat.

Kevin Frey, bear biologist for Montana Fish, Wildlife and Parks, said the state has no immediate plans to find and capture the bear. "It was a classic surprise encounter," he told the Daily Chronicle. "Unfortunately, that's how female bears react when a cub is around."