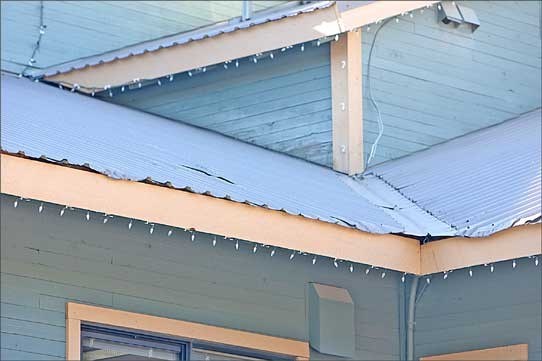 Council will continue to meet at MY Millenium Place until affordable solution can be found. Photo by Maureen Provencal

In one of its closest votes this term council Monday quashed plans for an $8.7 million renovation and expansion of municipal hall.

It was a 4 to 3 vote against staff’s recommendations to make the 33-year-old hall bigger, more efficient and a safer work environment for staff at that price tag.

“I’m quite frankly embarrassed by municipal hall,” said Mayor Ken Melamed, who supported the plans. “We’re going to be increasingly embarrassed as we get closer to (the 2010 Olympic and Paralympic Games).

“It goes to our image in the world.”

Councillors Ralph Forsyth and Nancy Wilhelm-Morden also supported the plans, not without some concerns, but their arguments weren’t enough to convince their colleagues.

Councillor Tim Wake kicked off the dissenting voices on council, calling the $8.7 million plan “outrageous.” He believes the problems at the hall, including overcrowding and building code requirements, can be solved for roughly $2-3 million.

“Clearly we face a problem,” he admitted. “I just think there’s a lot of options here that we haven’t looked at.”

Chief among his concerns was growing the hall an additional 11,000 square feet — almost a 65 per cent increase of the current 17,000 square foot building. The plans included an expansion at the north and east ends of the building, which would, in part, encroach onto the parking lot. The additional space would not only create a new council chambers and customer service centre but also meet the demands of a growing staff.

“It’s the expansion part that I’m struggling with,” said Wake.

He said he would like to improve the quality of the building without making the existing footprint bigger.

Wilhelm-Morden said there’s a fundamental misconception that the hall is big enough right now. Eight full time staff members do not have a desk. They rotate from meeting rooms to work stations of staff that are sick or on maternity leave. A further eight positions at the hall are in the budget but have not been hired because of the lack of space.

The hall has workspace for 75 staff and related support areas. It is not clear how much the staff will have to grow to meet the demands of hosting the 2010 Games. Nor is it clear how much those demands will drop after the Games and when Whistler reaches buildout — its self-imposed cap on growth.

In the meantime, to meet the Olympic crunch, he suggests maximizing space at the municipality’s new library.

Councillor Eckhard Zeidler also spoke to the point that there has been a trend of creating facilities in the resort with one purpose, such as the library.

He said he could not look at the hall renovation and expansion in isolation when there will be other demands for space, such as the museum.

“There are other needs that are going to be looking for physical space,” he said.

“This is not a satisfactory home,” said Wilhelm-Morden, adding that the venue will undoubtedly be more in demand closer to 2010, leaving council with no home for its official business.

Despite the shortcomings, which have been documented in a 2004 study, councillors were also concerned with the timing of the project.

It is scheduled to begin in the spring and take roughly a year and a half. This comes at a time when construction costs throughout the province are through the roof, as evidenced by the current library project, which has had several budget increases.

But development manager Gerald Longson told council that those construction costs aren’t likely to get cheaper the longer they wait.

“I don’t expect costs to come down,” he said.

Monday’s vote against the expansion and renovation does not mean the plans are off the table altogether.

The current budget has $5.7 million set aside for the work, which council approved in May.

The staff report to council states that price difference is due to a broader project scope, a better understanding of the building’s shortcomings, construction escalation costs and a large contingency budget due to the renovation nature of the project. The Emergency Operations Centre was also added to the latest budget.

The hall was built in 1973 at Adventures West on Alta Lake as the first Keg Steakhouse and Bar. The municipality bought the building for $1 in the early ’80s and moved it to its current location. It hasn’t seen any major improvements in its history and it’s showing. The heating and air conditioning is problematic, sections of the building are not wheelchair accessible, it’s not up to B.C. Building Code and the exterior is deteriorating in sections.

The upgrades would have addressed these problems and more, including the addition of a new one-stop Customer Service Centre and an Emergency Operations Centre in the event of a major resort emergency.

Staff is expected to come back to council with a revised project scope within the allotted budget. Council has also asked for staffing projections leading up to the Games and after the Games.