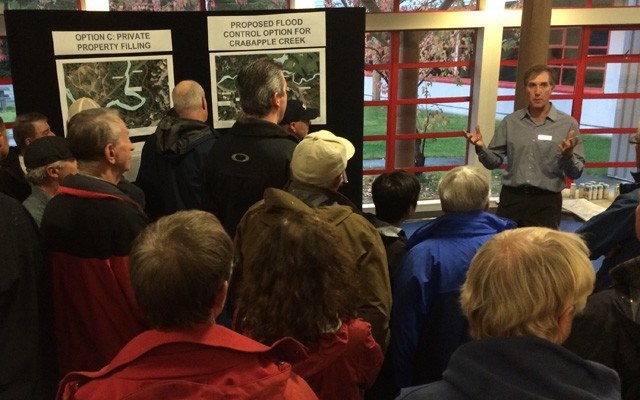 The Resort Municipality of Whistler (RMOW) has taken extra steps to prepare for the heavy rainfall in the forecast over the Thanksgiving weekend.

On Friday, Oct. 9, municipal staff took part in a provincial briefing with Environment Canada to “review predicted weather patterns and potential impacts.” A heavy rainfall warning was issued for Howe Sound over the weekend, and Whistler wasn’t spared, with nearly 24 millimetres of rain on Saturday, Oct. 10.

Several areas around the resort, like the Waste Water Treatment Plant (WWTP), will be monitored throughout the holiday weekend for potential storm water overflow.

“The WWTP has put additional capacity online to be prepared for higher flows throughout the weekend,” read an email from the RMOW.

Sewers have also been flagged for potential backup and overflow.

Sandbags and shovels have been made available to the community if needed at the Public Works Yard located at 8001 Highway 99.

RMOW staff will also remain on-call throughout the weekend, although it appears Whistler will catch a break on Sunday with only a 20-per-cent chance of rain.

Last month, the municipality hosted an open house to present three options for flood protection in Whistler Cay, where residents have dealt with flash flooding for years, as well as one for Crabapple Creek.

Option A would see a flood channel and detention pond built to the northwest of the railway tracks. Two 1.5-metre culverts would be installed in the Valley Trail to drain the pond into the surrounding wetland area.

A weir would be installed at the entrance of the flood channel, and the RMOW could control the flow through the channel if need be. This option would cost an estimated $160,000.

Option B is to construct a flood berm, or dyke, along the River of Golden Dreams from the Valley Trail bridge to the CN Rail bridge. The municipality views this option as the most effective, although at $600,000, it’s also the most expensive.

Option C involves re-grading or raising flood-prone properties, either by the RMOW or homeowners themselves, at a cost of about $80,000.

The protective measure proposed for Crabapple Creek involves raising the Valley Trail over an 80-metre stretch to prevent overland flooding.

Staff will now review the feedback from the public meeting before reporting back to council this month.