Naturespeak: What does the 2019 bird migration tell us?

Birds are the most studied organisms in Whistler thanks to a long-term volunteer bird-monitoring program. Birds are a vertebrate class that contain many indicator species.
Aug 3, 2019 12:00 AM By: Karl Ricker 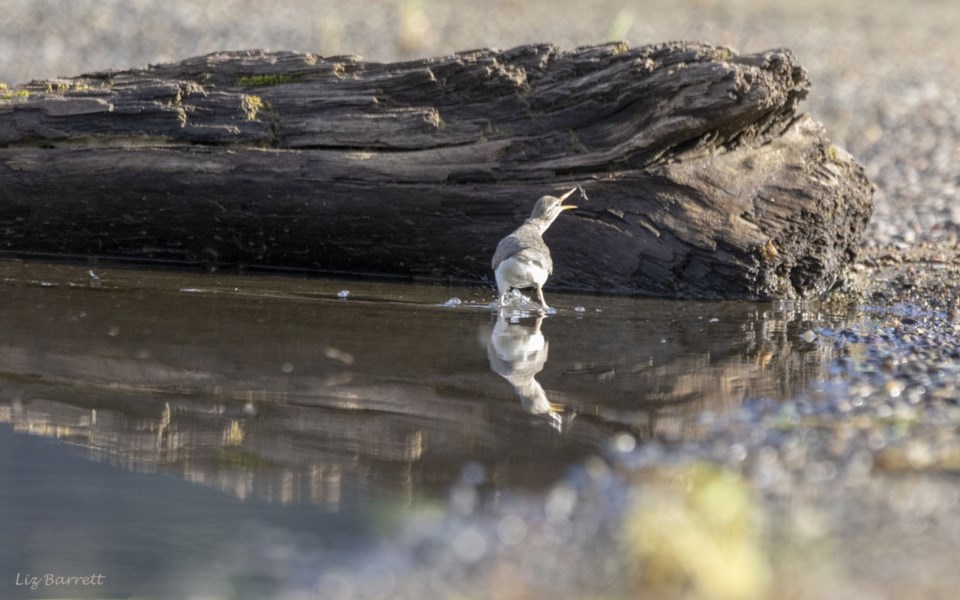 ANOTHER SPOT The spotted sandpiper species was among the "no-shows" to the 2019 bird migration. Photo by Liz Barrett

Birds are the most studied organisms in Whistler thanks to a long-term volunteer bird-monitoring program. Birds are a vertebrate class that contain many indicator species. Because they often migrate between different environments, tracking their behaviour and numbers can tell us a lot about what's happening to climate, habitat, and food availability in those species.

Here is what happened during the 2019 bird migration compared to the long-term average arrival dates, including about 95 species that did show up, out of about 148 species being monitored. I say about, because some birds are in the Whistler area in every all seasons in some years; that is, they hang around in winter in low numbers, whereas in other years they choose to migrate in the winter. Mallards, robins, bufflehead ducks, bald eagles, as well as some woodpeckers and finches fall into the category of the "indecisives."

Using 148 as the number of fairly persistent migrating species, out of 268 species known to have been at Whistler over the last 100 years, 95 migrant species were seen this late winter-early summer migration period. That is a somewhat weak 64-per-cent return. So, what were the 53 "no-show" species?

There were also a few very rare appearances: A whimbrel and western kingbird were recorded for only the second time each. An American bittern was a rare passerby as well.

Of the 95 that did show up; were they on time or late or surprisingly early? Here is the rundown:

• On time (within six days of the average date of arrival) – 27 species.

• Slightly early (one to two weeks ahead of average date) – 20 species.

The very early arrivals were the common merganser (34 days) and the accipiter hawks (hunting the pine piskins!), whereas a very late arrival was the Eurasian collared-dove (an invasive species).

More perplexing, however, are the usually all-seasonal species, which weren't seen or heard this spring—no wing drumming by ruffed grouse, no house finches or pine grosbeaks. Glaucous wing gulls were all but absent at the compacter site, and the house sparrows of the town centre decided to leave us this winter (not seen until April 14 this year).

Is the volume of birds reduced for any given species this year? For Canada geese, robins and perhaps juncos, no. For most other migratory species, the counts are down. Why? There are many plausible reasons including: severe winter elsewhere; increasing urbanization of Whistler; increasing traffic/aircraft in the Sea to Sky corridor; local weather anomalies; or last summer's forest smoke. In the end, I'll leave it to the experts to pronounce a cause or combination of effects—I'm content in helping to gather these interesting observations.

Whistlerite desperate for return of heirloom containing father’s ashes
Aug 6, 2020 8:00 AM
Comments
We welcome your feedback and encourage you to share your thoughts. We ask that you be respectful of others and their points of view, refrain from personal attacks and stay on topic. To learn about our commenting policies and how we moderate, please read our Community Guidelines.