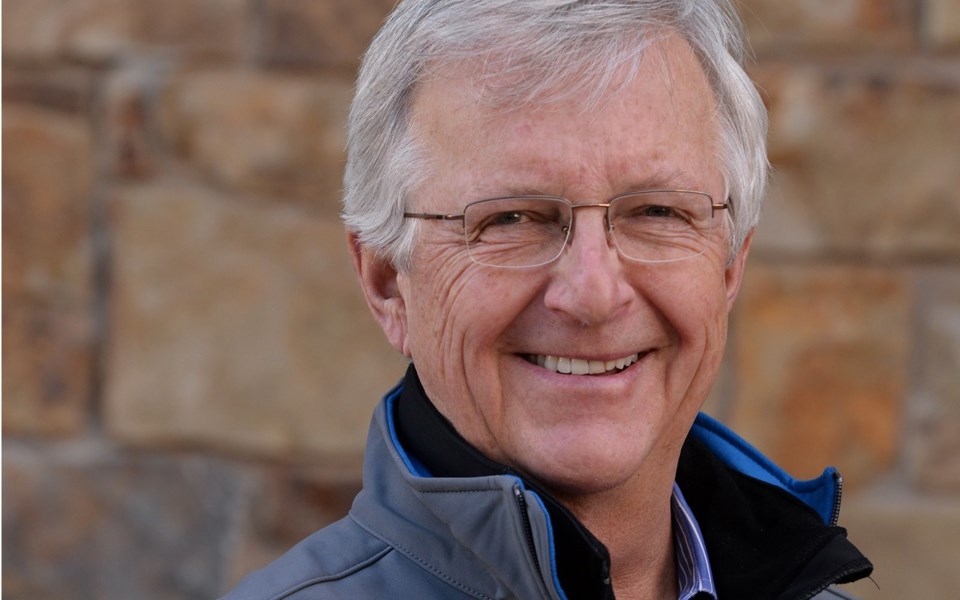 In his new book, Chris Diamond writes that consolidation in the ski industry has been a positive development for skiers. photo submitted

A new book from a former U.S. ski resort executive takes a deep dive into the succession of business deals that has led to the modern ski industry, where mergers and acquisitions and multi-resort pass offerings are the name of the game.

When Chris Diamond's first book, Ski Inc., was released in December 2016, Vail Resorts was the dominant player in the industry.

"There really wasn't a competition," he said. "And then on April 10 of 2017, the Crown-KSL partnership [KSL Capital Partners and the Crown family (owners of Aspen Skiing Co.)] announced the acquisition of Intrawest, and two days later Mammoth and Squaw.

"And bang, the whole world changed in the ski business."

The partnership would go on to establish Alterra Mountain Company, which went on a buying spree, partnering with 25-plus resorts, and launching the Ikon Pass as a direct competitor to Vail Resorts' Epic Pass, according to a press release for Diamond's new book, Ski Inc. 2020.

A former president of Steamboat Resort in Colorado and Vermont's Mount Snow Resort, Diamond said the record of conglomerates in the ski industry was dismal until the emergence of Vail Resorts.

"There have been many that have tried," he said. "The only one that was really successful, quite frankly was Vail [Resorts]. And in Vail [Resorts'] case, for the first time, having all that selling power in the hands of one company has led to the best deals for skiers on record."

Vail Resorts, he argued, set the template for Alterra to follow—but the company's emergence was still a surprise.

"I don't think anybody saw a major competitor come along, and what happened is that they basically adopted the Vail [Resorts] business model: 'Give us your money early, and you get an incredible deal.' And then they matched, or exceeded, [Vail Resorts] variety of pass options in terms of individual resorts."

Looking back, Diamond said that Vail Resorts' decision to purchase Whistler Blackcomb back in 2016 was a "fabulous move" that has helped the company grow "dramatically."

"It's given them a very strong position in the Pacific Northwest market, which is one of the strongest," said Diamond.

Moreover, the acquisition enabled Vail Resorts to add "the huge international clientele of Whistler Blackcomb" to its customer base, he added.

Diamond had high praise for Vail Resorts' CEO Rob Katz, saying the investment-banker-turned-ski-resort conglomerate leader is unarguably the most successful ski-resort executive in the industry.

"It's unquestionable," he said. "His record of achievement stands on its own. It's just stunning.

"[Katz] had the courage to commit to the inexpensive pass product and shift his organization behind it in lockstep."

While the consolidation of the industry has rubbed many the wrong way—including here in Whistler, where one can still come across the odd "Rob Katz skies in jeans" sticker when cruising the hill—Diamond said that overall, it represents a positive trend, injecting excitement, energy, and long-term viability into an industry that was previously struggling to attract new skiers and boarders.

An estimated 1.5 million skiers will buy an Epic or Ikon pass in the 2019-20 season, and hundreds of thousands more will buy some type of value-oriented pass, according to the release.

"You've got some 30 per cent of all skier visits on the [the Epic and Ikon passes]," said Diamond.

"And last year was a near record in the ski business. So the bottom line is that people who are buying the passes are skiing more, and that's starting a process of excitement and attracting [more people to the sport]."

Diamond said much of the bad blood in some resort communities has resulted from companies' operating procedures; from the turnover that comes when a new company takes over and redundancies and personnel changes occur.

"There are always personnel changes, and that's the toughest thing, so some of your friends and neighbours no longer have a job," said Diamond.

"But once that sorts out, when you have a company like Vail [Resorts], with its discipline and leadership ... they are not going to do anything stupid.

"I mean, give me an example of a bad investment that Vail [Resorts] has made, or something that didn't work out."