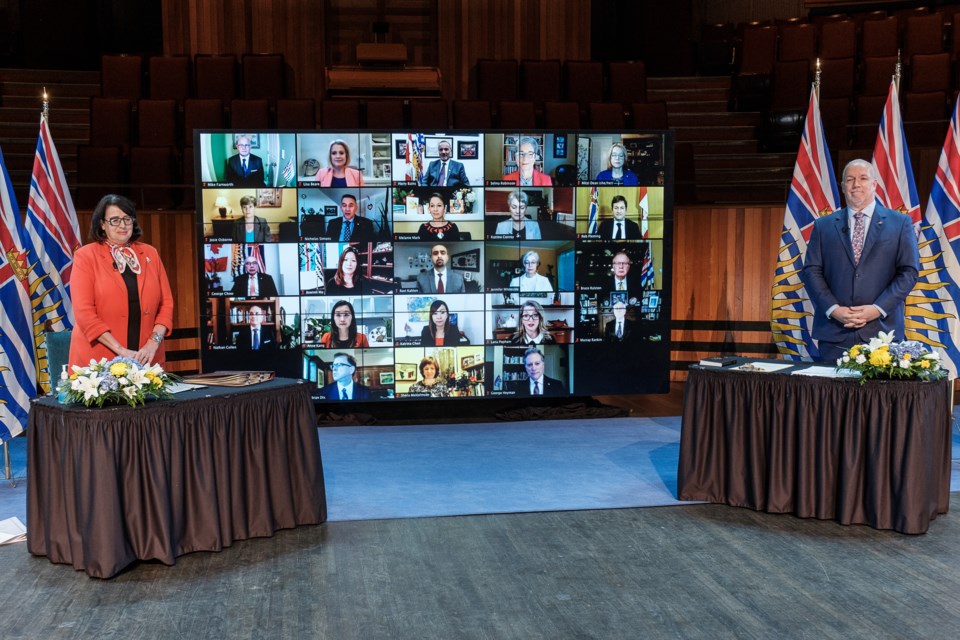 With a new  provincial cabinet officially in place—and new provincial ministers given their mandates—local officials are excited to see some familiar faces amongst those recently sworn in.

“I’m excited to work with the new cabinet. Many of their goals match with our own,” said Mayor Jack Crompton.

“Our continued focus remains on community balance and recovery, climate action, and housing. Those are items that they campaigned on, and we look forward to working with them on.”

Of particular note to Whistler is the appointment of rookie-MLA Josie Osborne to the position of Minister of Municipal Affairs.

As the former mayor of Tofino and an influential member of the Resort Community Collaborative, Osborne is intimately familiar with the needs of B.C.’s resort communities.

“I don’t think I could be more excited about that,” Crompton said.

“Her depth of knowledge of tourism is incredible, [and] we will be the direct beneficiary of that insight and understanding. That said, I think she also has a very broad view of how local government operates, and our needs generally.”

Vancouver-Mount Pleasant MLA Melanie Mark—the first Indigenous woman elected to the B.C. Legislature (and the first to serve in cabinet)—is the new Minister of Tourism.

“[Mark has] been in cabinet before, she has a lot of experience, and I think will be a good advocate for British Columbia’s tourism sector,” Crompton said.

Though local officials have yet to speak with Mark, one area of advocacy in the months ahead will be the continuation of the Resort Municipality Initiative (RMI) program, which helps pay for tourism enhancement in B.C.’s resort communities.

“We will not back off of that file regardless of the challenges that we face otherwise,” Crompton said, adding that the government made the RMI program a part of its baseline budget in 2019.

“Our expectation is that that commitment will carry on, and we’ll advocate for that to see that happen.”

Crompton was also encouraged to see a focus on regional transit in the mandate letters of both Minister of Transportation Rob Fleming and Minister of Environment George Heyman.

“Both letters consider an integration of TransLink and BC Transit services to offer a regional service,” Crompton said.

“There is lots of thinking to do on exactly how it happens, but regional transit is still very much a priority for Whistler.”

Overall, Crompton said it was great to see so many people with local government experience serving in the new cabinet.

“The minister of finance was a city councillor for two terms. That kind of understanding of the needs of communities, I think, helps government get closer to the ground and the needs of real people,” he said.

“It certainly makes our advocacy easier, because the people that we’re speaking to understand the realities on the ground.”

Meanwhile, following his narrow election victory in the Sea to Sky, MLA Jordan Sturdy has been named the BC Liberals’ critic for Fisheries, Aquaculture and BC Ferries.

“Jordan’s good at reaching across the aisle, and he’ll need to do that very well over the next four years,” Crompton said.

Looking to the immediate future, Crompton said COVID response and recovery remains the “No. 1 priority” at the Resort Municipality of Whistler.

“Our goal is very much to do everything in our power to ensure that the businesses and residents of Whistler are well represented.”