Whistler households should ‘tighten their bubbles,’ mayor says
Sep 9, 2020 8:48 AM By: Braden Dupuis 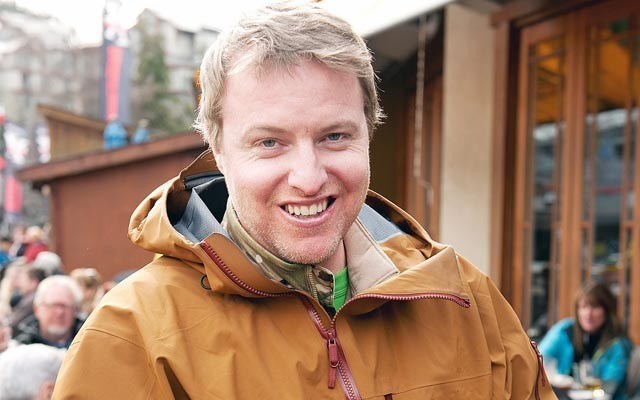 “It’s hard, and I don’t think people are going to feel how heavy it’s been until it’s normal,” said Gibbons Whistler CEO Joey Gibbons, of the myriad pressures posed by COVID-19. File photo by David Buzzard/www.media-centre.ca

“I’m not worried about Whistler’s long-term at all … but it’s really tough. The uncertainty is tough for a lot of people,” said Joey Gibbons, CEO of Gibbons Whistler, which operates several bars and nightclubs in Whistler Village.

“We’re pretty fortunate to live where we live in Whistler and be able to raise our families and those types of things, so if closing down a few hours, or earlier, is going to help the cause, then of course we’ll support it.”

Adaptation is not a new theme for 2020, and Whistler’s leaders have been working all out since March to address the myriad challenges posed by the pandemic, Gibbons added.

“It’s hard, and I don’t think people are going to feel how heavy it’s been until it’s normal,” he said.

“But we’ve got a bunch of fighters in this town, and good people, good leaders. We’re lucky to have them all, so we’ve just got to stay together, and keep communicating like we’ve been doing.”

In the meantime, Whistlerites can help local eateries keep their kitchens open and staff employed by ordering takeout, Gibbons said.

Whistler will respond to the new orders the same way it has in the past, said Mayor Jack Crompton.

“Whistler businesses have been quick to adjust to the orders from Dr. Henry, and I expect that we will do the same with these,” Crompton said, adding that he also thought it noteworthy that Henry encouraged British Columbians to “tighten their bubbles.”

“I hope Whistler households are chatting about how that happens,” Crompton said.

“If you live with other people, this is something you have to talk about and understand where your response aligns with the people that you live with.”

Other than that, the mayor’s message is simple: wear a mask in public, wash and sanitize regularly, stay home if you have any symptoms whatsoever, and make use of the BC Centre for Disease Control’s self-assessment tool to check your symptoms.

The order that all nightclubs and banquet halls are to shut down immediately "until further notice," was announced by Henry on Sept. 8, at one of the regular government COVID-19 health briefings.

"These venues are still the source of significant risk to everybody in British Columbia," Henry said.

There will also be restrictions on the serving of alcohol in those pubs, bars and restaurants that can remain open. They must stop serving alcohol as of 10 p.m. and must close at 11 p.m., unless they are providing full-meal service without alcohol being served.

Henry also ordered that, “Music or other background sounds, such as from televisions in bars, lounges, pubs and restaurants, must be no louder than the volume of normal conversation,” to reduce the risk of transmission by people yelling at each other to be heard above loud music or events playing on big-screen TVs.

"Pubs and restaurants have been doing a great job," Henry said. "The plans that we've seen in restaurants, I feel restaurants, for the most part, are really safe."

But Henry said that British Columbians need to begin reducing their social interactions again, and shrinking gathering sizes again, as the virus and hospitalizations begin to tick back up. More than 400 new cases were diagnosed over the Labour Day long weekend alone.

Asked if she might rethink the resumption of in-class instruction, now that school is starting and with this surge in cases, Henry said the critical issue there is community transmission, which generally remains low in B.C. She said she believes school can resume safely.

"We are very lucky in B.C.," she said. "Our community transmission rates remain low, and we know that that is the most important thing for getting schools going again."

She added there could be "long-term generational downsides" for students if classroom instruction had to remain suspended for long periods of time.

-with files from Nelson Bennett/BIV