'Our goal is to carry on the business of the municipality, certainly not to damage democracy'
May 21, 2020 12:00 AM By: Braden Dupuis 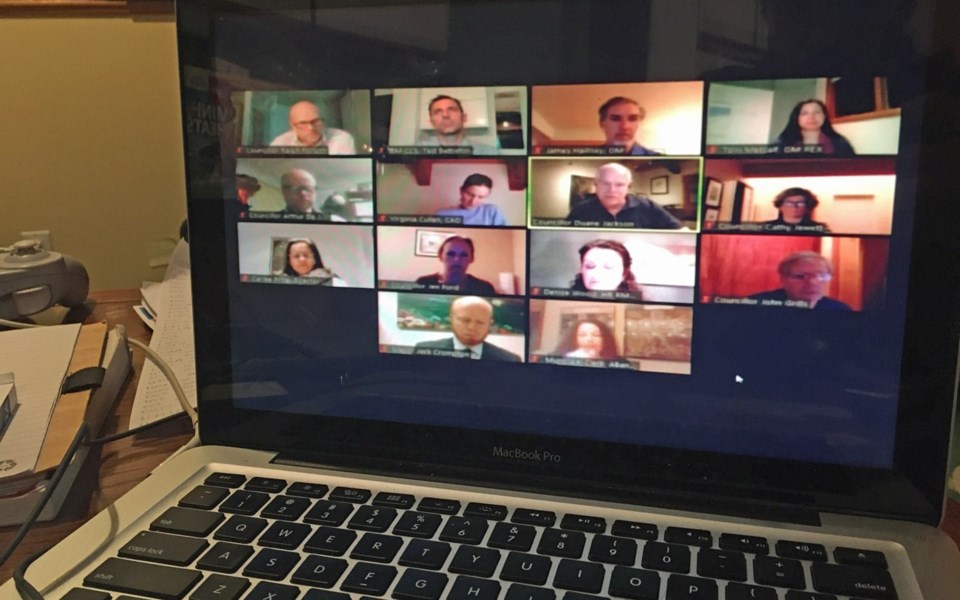 While B.C. municipalities now have the ability to pass new bylaws in one sitting, Whistler Mayor Jack Crompton said he doesn't see many scenarios where that power would be used. Photo by Braden Dupuis

In Whistler, powers under Order M139—signed by NDP Solicitor General Mike Farnworth on May 1—were used at the May 5 council meeting, at which the community's tax bylaws and related budget amendments were introduced and adopted in one sitting.

While adopting those bylaws presented some urgency (all B.C. municipalities must have their budgets passed by May 15), Whistler Mayor Jack Crompton said he couldn't see any other scenarios that would require bylaws to be rushed through that fast.

"I think it would be relatively rare that we would use that provision," Crompton said.

"Time is democracy's friend; fear and anxiety its enemy," Bryant said, adding such powers allow for the creation of bad law.

"A rushed debate renders sloppy, flawed laws, just as rushed enactment and enforcement leaves citizens ignorant of the new rules, unable to comply, and punished for no good reason."

Farnworth's May 1 order built on an earlier decree allowing three readings and then adoptions of bylaws in single meetings by municipalities and regional districts. The new version added land trusts to the list of local governments allowed to pass bylaws in such a fashion.

Bryant compared the COVID-19 situation to a form of war-time emergency management.

"Ideally, democratically accountable people apply laws designed outside the 'fog of war,' since the emergency itself brings a fog of greater or lesser uncertainty to decisions made," Bryant said.

"Pre-COVID, a sensible delay was built into B.C. municipal and regional council law-making, between a bylaw's conception and birth. That permitted planning, public education and possible correction, before unintended consequences cause their harm.

"It's a democratic safety valve, which the B.C. government has unwisely removed, in the foggiest of times, at the expense of the rule of law and public certainty. "Expect worse law making, plus premature, indiscriminate enforcement, by local governments more powerful than ever today during COVID governance."

The order also allows for public processes that typically happen in person to take place virtually.

"I see this as a great opportunity to learn about new tools that can serve the public process," Crompton said.

"This whole experience has come with enormous challenges, but I expect that there are opportunities that we'll find within it."

While the Resort Municipality of Whistler's (RMOW) new virtual public hearing process was still a work in progress as of Pique's weekly deadline, Crompton said he expects to hear more very soon.

"The RMOW will only be using [the order] as long as physical-distancing measures prevent us from meeting in person," he said.

"Our goal is to carry on the business of the municipality, certainly not to damage democracy."

-with files from Jeremy Hainsworth/Glacier Media