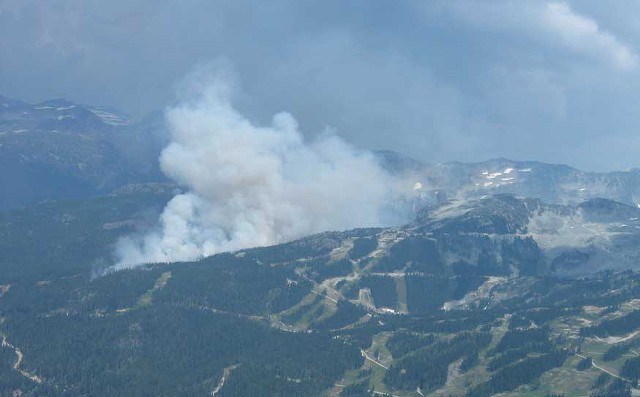 A 2009 lightning fire on Blackcomb Mountain.

As of Friday, May 10, all work within 10 metres of the forest must stop by 1 p.m. daily, to be followed by a minimum two-hour fire watch. Those restrictions will be in place until fire danger drops to "Moderate" for two consecutive days, or falls below moderate. Additional restrictions would kick in if the fire hazard increased to "Extreme."

Whistler has been setting new temperature records almost daily since last weekend. Combined with the low snow pack, early spring melt in the valley and dry outflow winds, the fire hazard is higher than usual for this time of year.

There could be some relief on the way. The long term forecast calls for rain next week, starting on Sunday.

There are currently no major fires listed by the Coastal Fire Service for the region, although crews are battling some large fires in the interior — including a 240-hectare fire at Spatsum Creek near Kamloops.