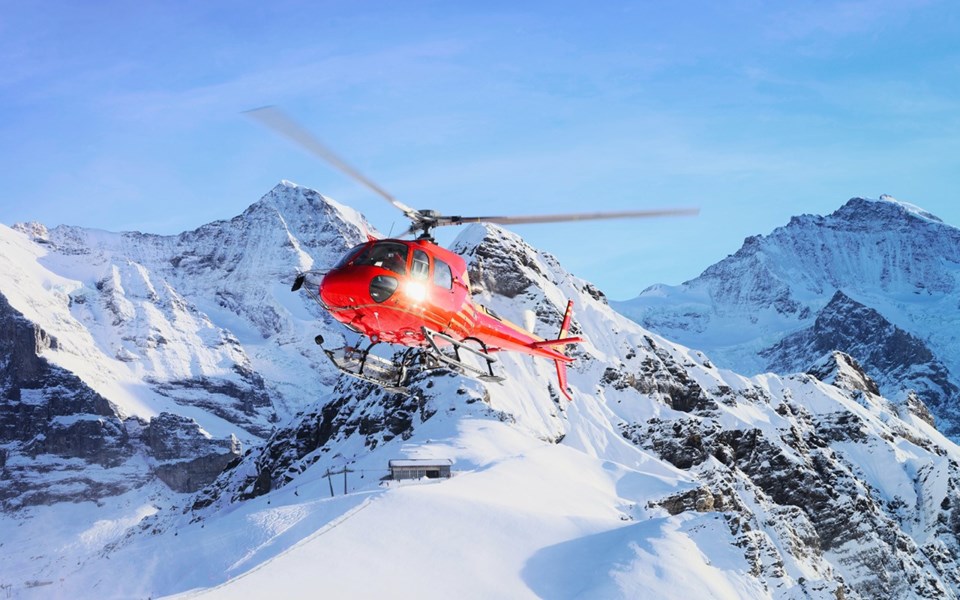 safety first A new report compiles information from a host of sources, illustrating a significant decease in the risk of injury or death at Canadian helicopter- and snowcat-skiing operations. www.shutterstock.com

It's widely accepted that over the years technological advancements have improved safety at Canada's helicopter- and snowcat-skiing operations.

But until now, there hasn't been a definitive study that documents industry-wide safety records over time.

A new report from Simon Fraser University (SFU) expert Pascal Haegeli and two other academics, Matthias Walcher and Sven Fuchs, does just that.

"The report found that the risk of dying in avalanches has come down dramatically," said Haegeli.

As there is no single-location reporting system in place for the industry (the report calls for one), the researchers gathered the data set from a number of different sources, including HeliCat Canada (the trade organization for the helicopter- and snowcat-skiing industry), individual operations, the Canadian avalanche accident database, the BC Coroners Service and WorkSafe BC.

The study draws on 713 incidents that resulted in injuries or fatalities among guests or guides during a total of 3,258,000 skier days from the 1970 to 2016 winter season.

While the risk of death from avalanches decreased over the study period, the study found that avalanches remain the largest contributor to overall risk of death (77 per cent), followed by tree wells and other non-avalanche-related snow immersions.

"We simply know how to better predict avalanches," he said.

Given the nature of the backcountry (there's no one counting how many people enter an area at a given time), the study provides a good sense of risk values associated with the mechanized skiing industry and how they have changed as the industry evolves.

"In this case, because [we had] records of guest skier days going back to the very start of the industry, it allows us to calculate risk values. That's very rare," said Haegeli.

There was an "expected difference" when it comes to accessing backcountry via helicopter versus snowcat, said Haegeli.

Helicopter skiing, over the duration of the study, was found to be slightly more dangerous, with 19.4 deaths per million skier days compared to 16.2 with cat skiing.

"For heli-skiing, 85 per cent of that was related to avalanche fatalities, whereas in snowcat skiing, only 50 per cent of the risk was associated with avalanches," he said.

Snowcat skiing has a higher risk of "immersion of non-avalanche related issues" such as people falling over in deep snow or suffocating in tree wells than helicopter skiing, explained the study.

As a way to improve the industry, the authors recommend the creation of an industry-wide incident and near-miss reporting system.

"One of the observations we made is that there are differences in terms of how operations take care of these incidents," said Haegeli.

"And in order to help the industry as a whole, it would be useful to have a common standard and potentially a single database where the entire industry could enter their incidents.

"This would allow us to do real-time analyses, so we could have a clear sense of where we are at and identify trends."

Ross Cloutier, executive director of HeliCat Canada, said the organization is currently working on one in coordination with SFU's Avalanche Research Program.

"We're hoping that by this fall, that we will have a single-source, single-location reporting software system," said Cloutier.

The goal is to get some members on it this year, and then have the rest of the industry follow, he said.

Cloutier added that the ongoing collaboration between HeliCat and the SFU research centre has been very productive, and that he's thrilled to have the new report in hand.

"It's really excellent to say, "Here is an entity that can do this, and here is what the stats look like,'" said Cloutier.