Forecast calls for more sunshine and warm temperatures
May 5, 2013 9:00 AM By: John French 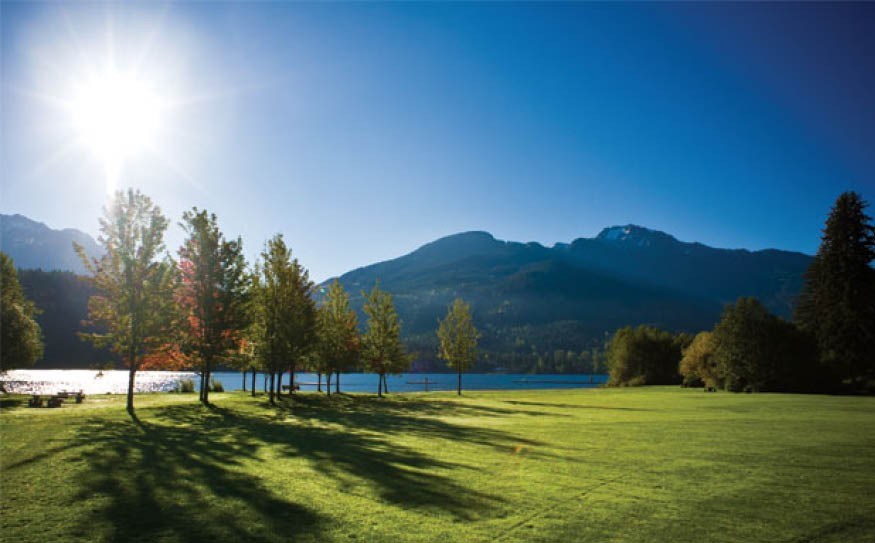 ULTRAVIOLET VISION Warm weekend weather brought down high temperature records that were set in Whistler and Pemberton back in 1998. File Photo

The high temperatures recorded by Environment Canada throughout the Sea to Sky corridor were in the upper twenties this weekend, unseasonably high for early May.

The seasonal average temperature for the first week of May, according to Environment Canada, is 15°C (59°F) with overnight lows generally falling to just above the freezing mark.

The unseasonably warm temperatures are expected to continue for another six days with the Pemberton Valley bracing for a high of 32°C (89.6°F) on Monday.

The warmer than usual weather drew sun seekers and water worshippers to lakes and streams in the region.

Meanwhile, up in the alpine, the avalanche rating around Whistler for the next few days is set at considerable. Below the tree line the danger rating is low to moderate. The Canadian Avalanche Centre has stopped posting ratings for the areas outside of the Whistler backcountry but alpine conditions around Squamish and Pemberton are similar to the conditions in Whistler.

The fire hazard rating in Whistler is listed as high to extreme. Whistler Fire Rescue Chief Rob Whitton said coming into the weekend that things dry out quickly when spring temperatures get this high.

Donna Macpherson, the communications officer for the Coastal Fire Centre confirmed the rising fire risk in the Whistler area.

"If people could be careful if they're backyard burning or camping that will help a lot,” said Macpherson. “If people are going into the forest they should be careful with what they're doing, and if they have campfires then they should make sure they're completely out when they leave."

-with files from Andrew Mitchell