Victoria announces new youth positions for BC Parks, COS 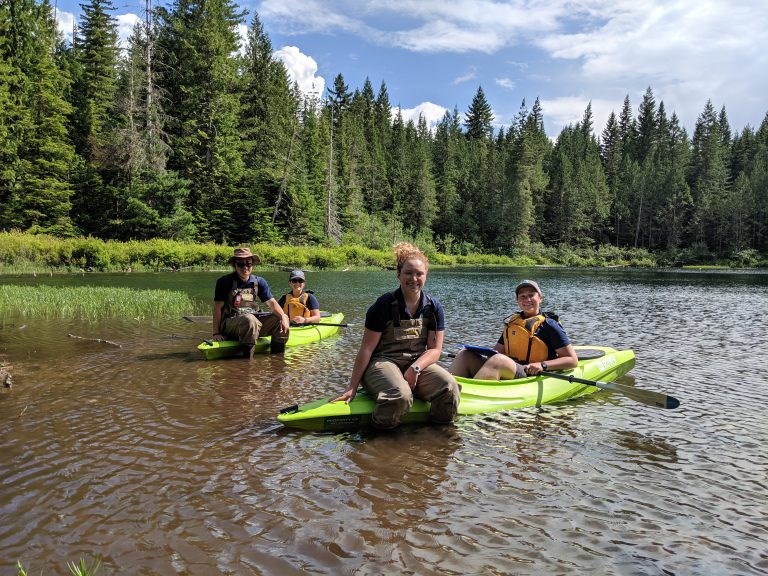 BC Parks and the COS will be adding dozens of new youth positions to its ranks this summer. A group of BC Parks student rangers is pictured. PHOTO COURTESY OF BC GOVERNMENT

The B.C. government is hiring for several new youth positions at the chronically understaffed BC Parks and Conservation Officer Service (COS), including for the Sea to Sky.

Announced last week as part of Victoria’s $1.8-million Youth Employment Program, the 25 new BC Parks’ employees will be responsible for everything from public outreach and education, facility and trail maintenance, invasive species removal and supporting conservation and recreation projects. Three of the new positions will be added to BC Parks’ South Coast region, which encompasses the Sea to Sky.

The program also encourages diversity, with a goal of hiring Indigenous youth and other young people from under-represented groups who may face employment barriers.

BC Parks student ranger program coordinator Owen Catherall said the hirings will allow for several projects to resume that were originally suspended due to COVID-19.

“We’ve seen a lot of shuffling of work duties within region, so these crews are going to be supporting project work that might not otherwise have been completed this season,” he said.

The COS, meanwhile, will be hiring 18 new officers from an existing list of candidates, before a second phase of hiring later this month, if necessary. That will include an additional officer for the Sea to Sky region, which currently only has five field officers, a sergeant and a seasonal officer covering an area that stretches from North Vancouver past Pemberton.

“We’ll also have the support within the Lower Mainland for some other positions as well,” noted Sgt. Ryane McIntyre. “They’ll do everything from wildlife attractants audits, working with WildSafe BC and other Bear Aware coordinators and doing public education. This will help alleviate some of the pressure for the responding officers when complaints do come in.”

BC Parks has faced its own understaffing issues—not to mention cuts to its operational budget earlier this year—especially as backcountry recreation has exploded in recent years and local provincial parks such as Joffre Lakes and Garibaldi have been flooded with visitors. That issue only seemed to worsen at the start of a pandemic that has shifted British Columbians’ travel patterns to look closer to home for their next trip. That led to a lengthy closure of several area parks that was only lifted last month—with new regulations in place.

On July 27, BC Parks announced a new, free day-use pass system being piloted for the Stawamus Chief peaks trail, as well as Garibaldi Park trailheads at Diamond Head, Rubble Creek and Cheakamus. The Sea to Sky locations are among six parks where the province is testing the program, which is meant to stem overcrowding. The ever-popular Joffre Lakes Provincial Park was noticeably absent from the pilot program, and remains closed.

Squamish’s Tori Ball, terrestrial campaigner for the Canadian Parks and Wilderness Society, welcomed the announcement as “a step in the right direction” but said long-term, stable funding is still needed to effectively manage B.C.’s network of more than 600 provincial parks.

“B.C’s provincial parks have just been under capacity with limited staff for a number of years, and so we’re really happy to see an increase in staff, especially jobs going to youth who have been hit incredibly hard by this pandemic,” she said.

“I don’t think it will be an immediate silver bullet. We need secure, long-term funding for those issues to be alleviated now and into the future, but I do think that it’s helpful to get people into the field to help manage visitors, educate people and help with maintaining and possibly building new trails if we can in the short term.”

For more information on the Youth Employment Program positions in BC Parks, visit bcparks.ca/yep.

For more information on the COS, visit facebook.com/conservationofficerservice.