No gaming grants for Whistler SAR 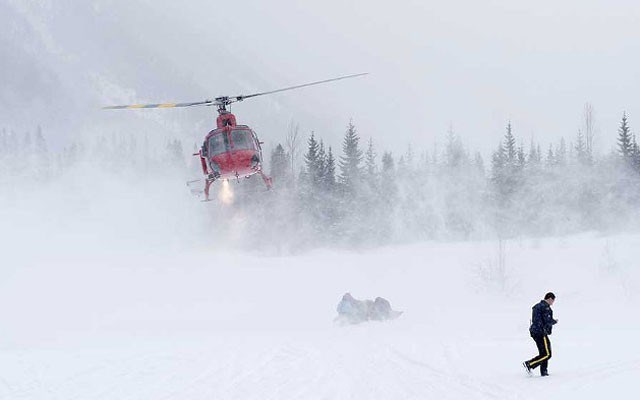 Whistler Search and Rescue has been left out in the cold after the province divvied up more than $4 million in gaming grants to emergency-related organizations this year.

"We were pursuing our own fiscal stability program but when you do that, you have to say goodbye to gaming," said Brad Sills WSAR's manager. "We didn't know that. We know it now."

Unable to apply for gaming grants with more than 50 per cent of its operational budget in the bank, WSAR moved the surplus money in its account through the Community Foundation of Whistler.

Much of WSAR's surplus is due to the generous community support for the very busy organization; its annual fundraising dinner is now in its 14th year and hugely successful. But that support and flow of money may not last forever.

The idea was to have savings in case things like the gaming grants fall through, or fundraising efforts fall short in the future.

"It's only prudent to have your own fund to help you through if things do go sour," said Sills.

But, unbeknownst to them, that too is not allowed through the gaming grant funding program.

The lack of gaming funding — in previous years as much as $38,000 — will impact the bottom line this year, particularly as the organization works to rally funding for a radio repeater tower in Garibaldi Provincial Park.

The team runs a tight ship, so much so that its own members give back their meal and gas allowances to the organization.

"We don't have one of those big fancy command vehicles that every other team has because we've decided that would be a waste of money," said Sills.

"I don't want to say anything bad about other teams but there's a serious amount of spending that's going on there that we can't subscribe to."

As she announced the funding, Attorney General and Minister of Justice Suzanne Anton again reinforced the message to backcountry users to be prepared before going out.

"The Canadian Avalanche Centre an BC Search and Rescue Association, along with their membership, do tremendous work educating people about safe practices when heading into the winter backcountry — work that saves lives," said Anton. "We encourage everyone to listen to these experts: get the gear, get the training, check the forecasts and leave a plan."

On average ten people die each year in B.C. either skiing, snowboarding or snowmobiling; another 15 people die from hypothermia or exposure to cold.

"We've seen a steady downward trend in the number of avalanche fatalities over the past 10 years," said Gilles Valade, executive director with the CAC.

"This is especially significant when we consider the tremendous increase in winter backcountry use over that same time period. This funding allows us to continue to provide our public avalanche warning service as well as our public education efforts."