No money for regional transit in provincial budget 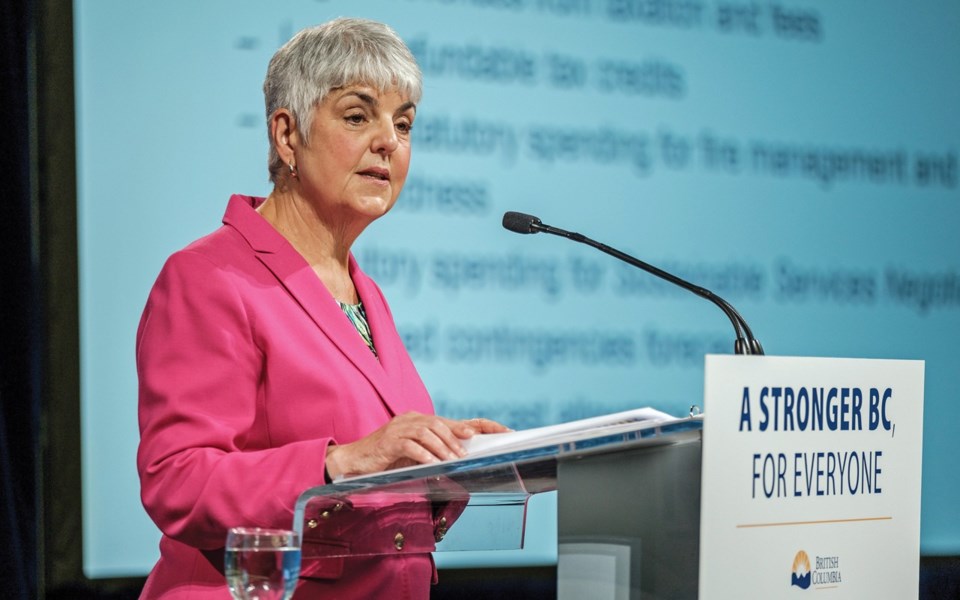 if local leaders were hoping to see some concessions for a regional transit system in this year's provincial budget—introduced in Victoria on Feb. 18—they were sorely disappointed.

In fact, the provincial government opted to cut funding for BC Transit as a whole by two per cent, citing an operating surplus.

"We are stuck," said Whistler Mayor Jack Crompton, when asked where the advocacy goes from here.

"We certainly are not giving up. In my opinion, transit is the crucial tool to addressing our climate challenge."

Governments in the Sea to Sky—including Whistler, Squamish, Pemberton, the Squamish-Lillooet Regional District and the Squamish and Lil'wat Nations—have been working towards a regional transit system for years, but hit a road block last summer when the province rejected a proposed funding model (see "Province rejects funding model for regional transit," Pique, July 4, 2019).

"I'd like to see an initiative that emphasizes to government how important it is that we do the right thing in terms of stewarding the capacity that we have and providing alternatives to reducing our emissions."

In a more general sense, Sturdy's big takeaway from the budget is that there doesn't seem to be a plan.

"There doesn't seem to be a vision for where our economy needs to go," he said.

"There was nothing in the budget about our future, about competitiveness, about sectoral growth, about trade, or about exports—or really anything."

In previous Liberal budgets, the government laid out specific targets, Sturdy said—something he's not seeing from the NDP.

"You saw us in the past saying 'what we want to do is diversify our economy, we want to reduce our reliance on the United States, we want to increase our trading opportunities with these jurisdictions, and here's what our targets are.' And there's none of that," he said, adding that competitiveness appears to be declining at the same time the cost of doing business is on the increase.

"The bottom line is, if the economy is not working for us, then it's not just about some hoity-toity business guy. It's about all of us."

Disappointments aside, there are elements of the budget Sturdy supports, he said, including higher thresholds for income assistance (allowing people to earn more while on the program) and additional spending on childcare.

Whistler Councillor Jen Ford has long been an advocate on that last point, and had an opportunity to meet recently with key ministers through her role as the third vice president of the Union of BC Municipalities (UBCM).

"They were very supportive of the advocacy that we've done, specifically from Whistler, but also that of the UBCM, in a couple of different areas," Ford said of the meeting with ministers Katrina Chen (State for Child Care) and Katrine Conroy (Children and Family Development).

"Our big advocacy piece is around helping people that are already certified be able to work in childcare centres, and also to help people that need to recertify, because there's a number of professional development credits that these teachers need to re-certify every year," Ford said.

To that end, she praised the inclusion in the budget of a new bursary to help pay for recertification.

The other piece is trying to reduce the wait times—often nine months to a year—for the provincial government to approve certifications from other provinces and countries.

"The ministry has heard us loud and clear on that, and they understand that while we can build all the space we want to build, if you can't staff it, there's no point in building new childcare spaces."

A childcare space needs assessment conducted by the Whistler Centre for Sustainability and Resort Municipality of Whistler staff is in the homestretch, she added, with a report to council on its findings expected this spring.

While a focus on childcare was also one of the highlights pointed out by Whistler Chamber CEO Melissa Pace (along with spending on education and affordability, a new BC Access grant for skills training, and removing PST on machinery and equipment used for pollution control), her overall reaction to the budget was similar to Sturdy's.

"It lacks consideration for a competitive strategy for businesses that addresses the cumulative effect of the numerous tax increases that will ... stall businesses ability to grow," Pace said, adding that the BC Chamber's 2019 "Collective Perspective" survey shows that's already happening.

In Whistler, 52 per cent of businesses that responded to the October survey said they are in good shape today, while 47 per cent said their prospects for the next three to five years are good.

One of the biggest factors affecting businesses is the Employers Health Tax, she added, which has put an added strain on smaller businesses especially.

"The 2020 MSP is now fully phased; however, for a lot of our small businesses, this tax is a net new, so it's not something that's in their budget," she said.

"We're working again with the BC Chamber of Commerce and chambers across B.C. to continue to try to move the dial on that."

"That may, possibly, reduce the competitive advantage we have to attract top talent to B.C. right?" Pace said.

While Crompton praised the government's commitment last year to making Resort Municipality Initiative funding part of its base budget, this year's edition leaves something to be desired on the tourism side, according to the Tourism Industry Association of BC (TIABC).

The association decried a reduction of $850,000 to Destination BC's annual marketing budget in a press release.

"It's not something that we like to see at any time, let alone this year and in the coming years, particularly since there appears to be a slight softening within the tourism industry," said TIABC CEO Walt Judas.

There is added uncertainty in the industry with respect to the coronavirus, Judas added, pointing to Air Canada's decision to stop all flights to China, a key market for B.C. tourism.

"Tour operators are having to either cancel or postpone some of their client business, so there are implications, and it's a time now where we hate to cut back on a marketing budget."

Whistler business owners will have a chance to bend the ears of local, provincial and federal elected officials at the Whistler Chamber's March 18 Advocacy in Action meeting at the Maury Young Arts Centre.

MP Patrick Weiler and BC Chamber CEO Val Litwin are slated to attend, as are Sturdy, Crompton and Pace.

"We don't want a script, we want to know what the action's going to be," Pace said of the event.

"We really want to know what's going to happen, now and in the future, to support our business community."