No relief for Whistler workers as real-estate market stays hot 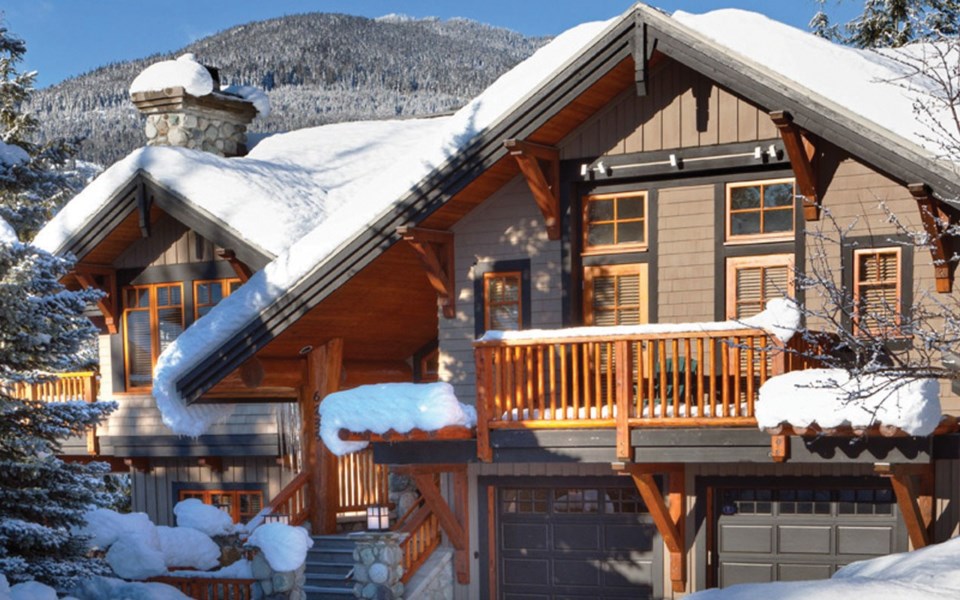 A new report from a luxury real estate company shows that Whistler's real estate market isn't likely to slow down anytime soon — cold comfort for local workers still being squeezed out of the market.

The report by Sotheby's International looked at real estate trends in some of Canada's top-tier ski communities, where markets look poised to hit new heights in demand, pricing and sales activity heading into the winter.

"Many Canadian ski markets took over half a decade to recover from the impact of the 2008-2009 Great Recession," said Brad Henderson, president of Sotheby's International Realty Canada, in a release. "Recovery has climbed a gradual slope over recent years; in 2017, we have seen a sharp rise in consumer demand and promising market conditions. Our forecast is for this ski season to be one of the strongest in recent years for top-tier ski real estate."

That's good news for homeowners in sellers' markets such as Whistler's, where the average sale price for all properties has increased from $877,488 in 2016 to $1.09 million this year.

"You need about 450 to 500 properties for sale to have a balanced market. Right now, when I looked this morning, we had 161 (properties) for sale," he noted.

"Unless the interest rates take a massive jump, or the U.S. dollar all of a sudden goes back to par and we start losing the American visitors again, I can't see there being a flood of properties on the market."

The strong demand has created an atmosphere where bidding wars have become the norm and low- and mid-priced inventory is snatched up almost as quickly as it's listed.

"It's almost next to impossible to get your hands on a two-bedroom, Phase 1 townhome in Whistler right now just because they do make sense for a lot of people," explained Harriss, who added that many Phase 1 owners are holding on to their properties for longer because "they feel they can cover their costs" through legally-zoned nightly rentals.

Of course, all of these factors make it that much more difficult for those looking to get into the local ownership market — and by extension, for renters as well.

"Sotheby's has come out with something that we've probably known about for a long time: that home ownership in Whistler is exceedingly difficult (to achieve), and, of course, that spins out indirectly into the rental market," noted Whistler Real Estate Co. president Pat Kelly.

"It is a conundrum and it is not an easily solvable problem. The mayor and (the municipal task force on resident housing) are trying to do what they're trying to do, but in the short term, the solutions to the challenges are likely found out of the resort in Squamish and Pemberton."

The spillover into Whistler's neighbouring communities should push resort stakeholders to rethink their approach if they want to continue meeting the longheld target of housing at least three-quarters of its workforce in-resort, Kelly said.

"If that is the goal... then you have to provide affordable home ownership as an option. Not everybody wants to be a renter," he urged.

"In the short term, Pemberton and Squamish are going to be areas of focus for people who are looking to acquire homes and want to still be a part of the corridor. Whistler is rapidly becoming an area only a small number of people can be a part of, and that wasn't the goal back in the day."

New guidelines that will place restrictions on uninsured borrowers hoping to secure a mortgage will make it that much more difficult for prospective buyers at the lower end of the market as well, believes Ann Chiasson, owner of Re/Max Sea to Sky.

"The rules are changing in January, so now (low-end buyers) are going to have an extra qualifier. So, for example, if they qualify today for, say, a $500,000 mortgage, they may only qualify for a lesser mortgage once the new rules come in," she explained. "The pressure on the first-time buyer is the most significant. I'm not sure that's where it should be."

Whistler, of course, isn't the only resort community experiencing a real estate boom.

Prices in Ontario's Blue Mountain resort has seen prices jump from close to $500,000 to $611,000, while Mont Tremblant in Quebec bucked the trend.