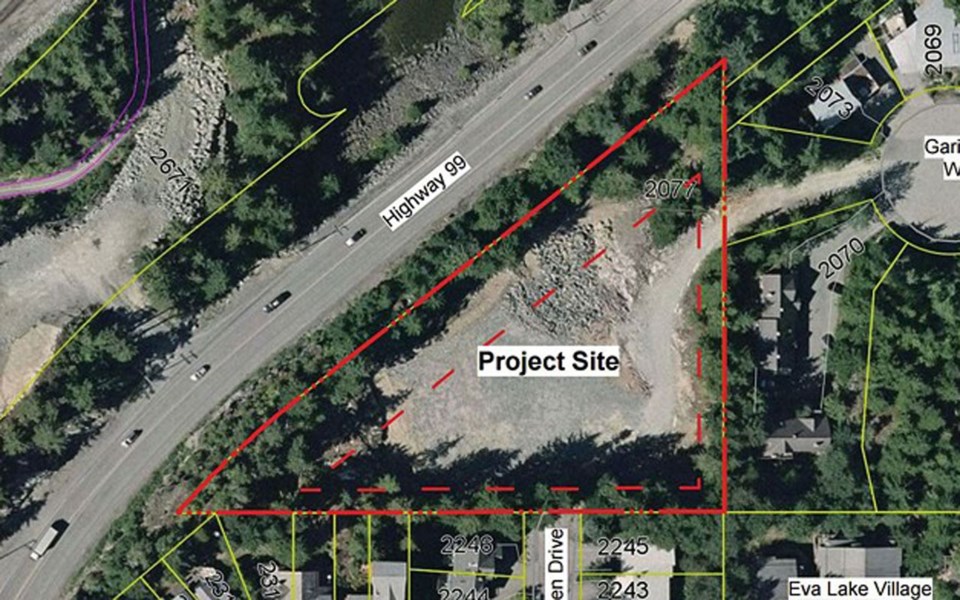 BATTLE LINES Debate over an employee housing proposal in Nordic is ramping up, with a public information meeting scheduled for Monday, Feb. 19. Photo courtesy of the RMOW

Debate over a proposed employee housing development in Nordic rages on, with some clear battle lines beginning to form — and some unanswered questions lingering on each side.

Council received more than three-dozen letters for and against the 74-unit employee housing development on Garibaldi Way in recent weeks.

In total, 33 letters were included in the Feb. 6 council package, with four late additions before the meeting — 15 in favour and 23 opposed.

Of those in favour, all but one came from business owners and hotels, and eight were drafted based on a form-letter template — though Pique was unable to confirm who wrote the original letter before deadline.

While letters from the Crystal Lodge, Fairmont, Pan Pacific and Nita Lake Lodge were written following the template, the letter did not originate from the Hotel Association of Whistler, said chair Saad Hasan.

Some of the bigger hotels are able to provide employee housing for front-line staff, but it's simply not enough, Hasan said.

"Where the crunch comes in is not just the front-line staff, where you can have two people stay in a room or something like that, but with line managers, middle-level managers, senior managers, there is no space for them," Hasan said.

"And any kind of employee housing that provides that flexibility, we are not only behind that, but some of the hotels are even willing to put their money where their mouth is and rent the spaces."

The lack of housing options for higher-up staff is not only affecting Whistler, but the hotel industry as a whole, Hasan said.

"To be honest, at a greater level it's affecting their career choice, because if they, say, find a perfect job in a good hotel and they want to grow as a career, but then they find they have nowhere to stay, they pack up, they leave," he said.

"We want our team members to have a comfortable place to stay, at the same time we want them to be able to make the right career choices that help our industry grow, not just in Whistler but beyond, so that's why housing for us is a very, very critical piece of the puzzle."

But just as the business community is formalizing its support, residents in Nordic are working to coordinate their opposition.

One Nordic resident has set up an anonymous email account to keep others in the loop with updates on the rezoning application.

Seven Whistlerites also took to the podium to voice their concerns and ask questions ahead of the Feb. 6 meeting, in addition to the growing mountain of letters at municipal hall.

One Nordic resident asked council how they would feel if the development was being proposed next to their own homes.

"I think all of us would have concerns about whatever the development is beside each and every one of us in our residential addresses," Mayor Nancy Wilhelm-Morden said.

"Then we are charged with the task of making the decision about whether this moves forward or not."

All of the letters sent to council can be found in the Feb. 6 council package starting on page 168: www.whistler.ca/municipal-gov/council/meeting-agendas-and-minutes.

Letters to council must be received on the Wednesday before each council meeting to be included in the package, and must be addressed to "Mayor and Council" and signed with a return mailing address.

A public open house has been set for Monday, Feb. 19, 4:30 to 7 p.m., in Garibaldi Room A at the Whistler Conference Centre.

A full public hearing will take place at a later date.

Stay up to date at www.whistler.ca/events/public-open-house-regarding-rezoning-application-rz1144-proposed-employee-housing-2077.